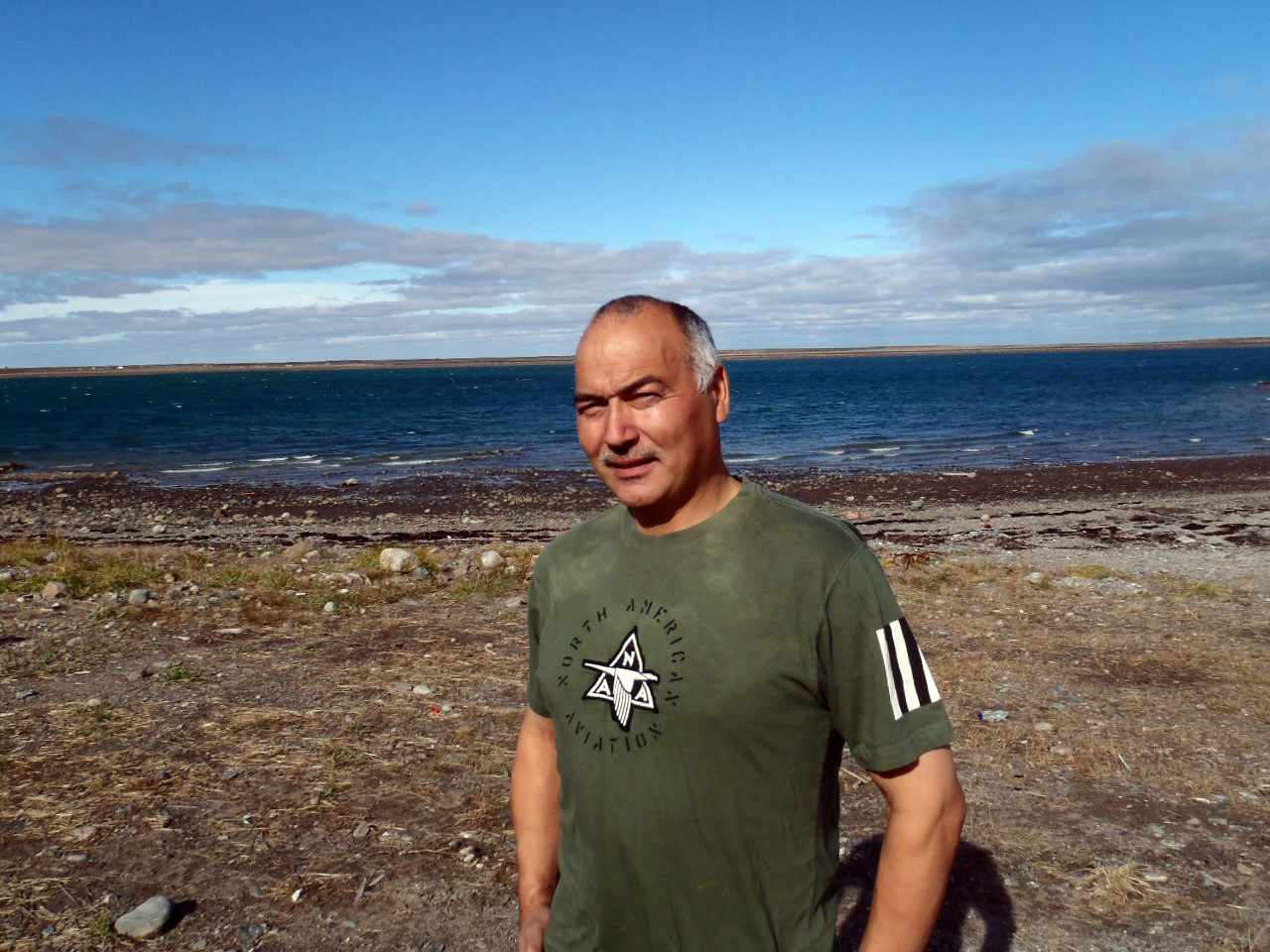 Joe Savikataaq, a long-time wildlife officer, says he wants to be the new voice for Arviat South, where he says constituents feel their concerns have not been heard. (HANDOUT PHOTO)

When Nunavut MLAs approved the territory’s new electoral map in 2011, Arviat doubled its presence in the legislative assembly by picking up a second seat.

That was to better represent the growing population of Nunavut’s third-largest community, which has been divided into Arviat North-Whale Cove and Arviat South.

The latter of those two ridings falls just east of the airport road; it’s also the backdrop for a three-way MLA race comprising three men who are all rooted in their community.

“I’ve watched Arviat grow and when it comes to improvement. we’re so far behind and I’m tired of it,” he said.

Alareak, 68, is hoping his second run at territorial politics will be successful after a second-place finish in the 2004 territorial election.

That year, Alareak came up 66 votes short behind David Alagalak, who represented the Arviat riding until outgoing MLA Daniel Shewchuk, who is not seeking a second term, was elected in 2008.

Alareak has spent the last few decades working with the Kivalliq Inuit Association, as its president in the late 1970s and early 1980s, and now as a board member.

But now Alareak wants to help a younger generation thrive.

“There are very few jobs in Arviat and hardly any activities for young people,” Alareak said.

Alareak wants to see more training offered to Arviat youth, like the 10-week diamond driller’s program that has been offered there since 2011.

“I want to see programs to train people on heavy equipment,” he said, “because Nunavut seems to be talking about building a road and we’ll need trained operators to help build it.”

The avid hunter and father of four grown children says he has a good feeling about this election.

“People know me,” Alareak said. “Arviat is going to be represented by two MLAs and I think I can work well with the hamlet and education services and other organizations in the community.”

Alareak is sharing the ballot with Joe Savikataaq, a local wildlife officer who has served on Arviat’s hamlet council for the last 20 years.

Savikataaq, 52, says running for a seat in the legislative assembly was the natural next step: he wants to help Arviat gets its fair share.

“There are limitations to what you can do on council,” he said. “I want to get in [the legislative assembly] now to influence spending in town.”

Savikataaq said local concerns have not been heard by the outgoing government and he wants to be the riding’s new voice.

But he cautions that his efforts will not favour one group over another; “everyone should be treated equally and fairly,” he said.

One of the new government’s top priorities has to be education, Savikataaq said.

“We have to get our people to the same level when they graduate [high school] as the rest of Canada,” he said. “There are a lot who can’t go straight to university.”

Although the Government of Nunavut has come up with programs to help encourage home ownership across the territory, Savikataaq said they’ve been “limited” and he wants to create more affordable options for Nunavummiut.

Savikataaq said he would also like to explore the feasibility of bringing powers lines from Churchill, Manitoba north through Hudson Bay to help eliminate the region’s dependence on diesel fuel tanks.

“We need a power line from Manitoba to bring our power rates down,” he said. “And it seems to me [that] the cheapest and easiest solution would be to run [those lines] through the ocean.”

The third candidate in Arviat South, Airo Pameolik, did not respond to Nunatsiaq News’ request for an interview.

Pameolik, 61, has worked for the local housing authority and his own business, Panaainaaq Construction.