Canada’s aviation policy should reflect the uniqueness of the North 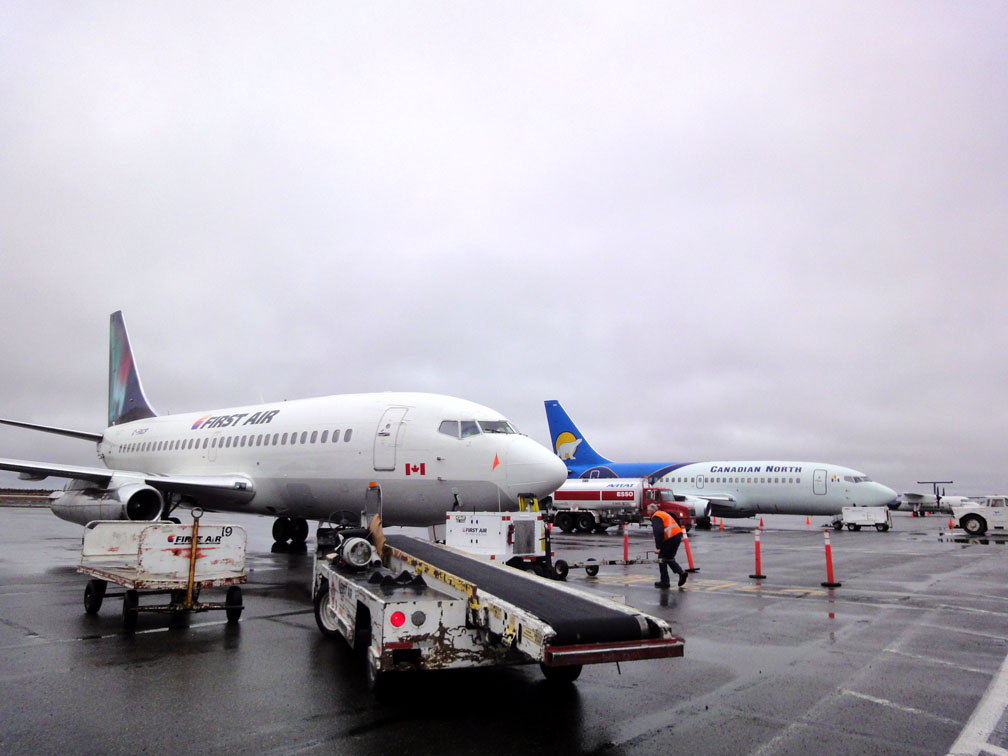 As a senator representing a territory with 25 fly-in-only communities, I and many Nunavummiut take great interest in changes to aviation regulations and policies.

The carbon tax, for instance, set to come into effect on Jan. 1, 2019, poses a major threat to further increasing the cost of living for Nunavut residents who are currently wholly dependent on diesel.

That is why the exemption for aviation fuel used in Canada’s territories was a welcome first step toward alleviating the disproportionate effect of a carbon tax on rural and remote communities.

In a letter to the Senate, which committed the federal government to exempting aviation fuel in the three territories from the carbon tax, Environment Minister Catherine McKenna and Finance Minister Bill Morneau very clearly indicated an understanding that “Canadians living in the many fly-in communities in the territories rely on aviation for the essentials of life, including medical care and supplies.”

However, the unique challenges of the North are not always reflected in government policies, legislation and regulations.

For example, in the North, we can encounter cancellations due to mechanical malfunctions.

After having already paid at great expense to book the flight, additional expenses related to transportation and accommodation are oftentimes incurred, and passengers are left with no recourse to be compensated for it.

Yet, if I were to take a flight on a Canadian carrier departing from a European city and the flight were cancelled due to mechanical malfunctions, I would be entitled to compensation, because Europe is a signatory to the Montreal Convention, which is an international treaty governing the rights of passengers travelling on international itineraries.

Canada is a signatory, and the convention was given the force of law under the Carriage by Air Act, yet there remain discrepancies between how passengers are treated based on their flight’s point of origin.

Under the convention, clear circumstances requiring carriers to compensate passengers for delays within the carrier’s control are outlined and a maximum liability of $8,800 per passenger was set.

In other words, Article 19 of the convention requires the carrier to pay compensation for delays or cancellations caused by mechanical malfunctions unless the carrier can prove that “[it] took all measures that could reasonably be required to avoid the damage or that it was impossible for it or them to take such measures.”

In the European regime, the carrier can only be relieved from this liability by “extraordinary circumstances.”

Recognizing what aligning Canadian policies with European policies would mean to the people of the North, I put forward an amendment in the Senate during third reading of the Transportation Modernization Act that ultimately failed.

Brock Friesen, then the president and CEO of First Air, told the Special Senate Committee on the Arctic that many issues arise from the government’s “one-size-fits-all type of an approach” to aviation.

He went on to identify 10 issues that are currently at the heart of the aviation industry in the North’s regulatory woes, including the lack of a developed air policy for the North, the lack of government support for essential services, and changes to mandatory rest periods for pilots and crews. These all affect northern air travel negatively, according to Friesen, and I agree.

He argued that Canada’s approach to aviation policy is based on a user-pay approach that continues to view air travel as a privileged mode of transportation, thus driving government policies to fund and support essential road and rail infrastructure.

While that may, to a certain extent, ring true for southern Canada, in the North it is completely different. The majority of communities have air travel as the only basic transportation, making aviation, according to Friesen, an essential service.

Until Canada exercises the political will necessary to make the major infrastructure investments required to provide alternative options for essential service transportation, air travel will continue to be the only year-long option available in many northern and remote communities.

If that continues, then we must shift our approach to ensure that Canada’s aviation policy reflects the unique challenges of the North.

Senator Dennis Patterson, former premier of the Northwest Territories, is chair of the Senate Special Committee on the Arctic. He represents Nunavut in the Senate.

This article appeared in the October 22, 2018, edition of The Hill Times.