“We need to discuss what healthy food is” 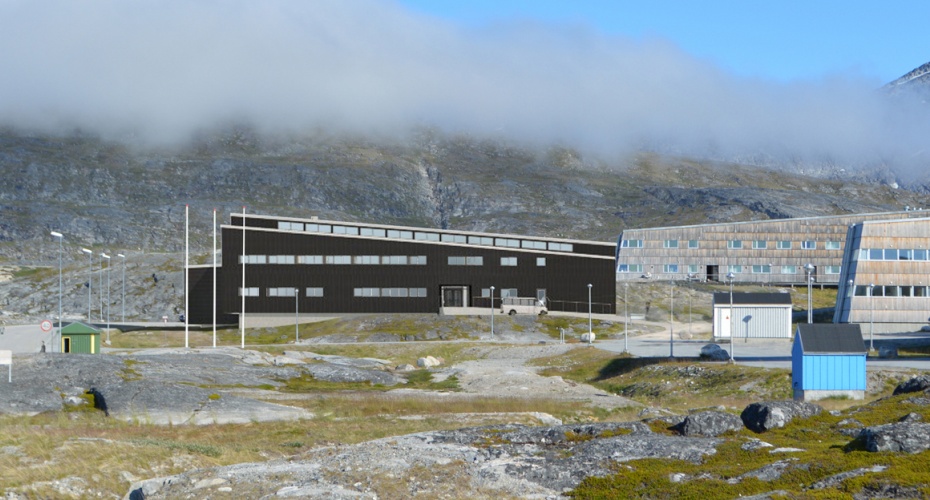 Researcher Aviaja Hauptmann works out of this new building, which is home to the “Greenland Perspective” research group of the University of Greenland. (PHOTO COURTESY OF ARKITEKTERNE TNT NUUK) 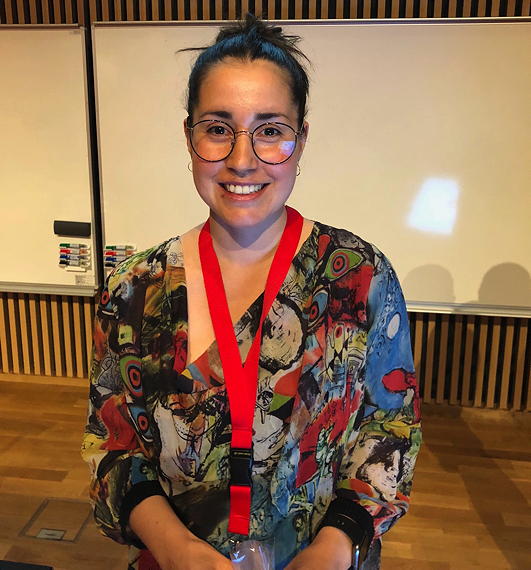 COPENHAGEN—Tiny microbes present in traditionally prepared Greenlandic foods—similar to those eaten by Inuit in Canada, Alaska and Russia—may help prevent chronic health issues, such as diabetes and allergies.

The hidden health power of the traditional Greenlandic diet is what Greenlandic microbiologist Aviaja Lyberth Hauptmann is studying during her two-year research project. She’s based at the “Greenland Perspective,” a research group at the Ilisimatusarfik University of Greenland, which is housed in the new, sleek Natural Resources building in Nuuk.

Hauptman calls her project, which she described at last week’s International Congress on Circumpolar Health in Copenhagen, the Greenlandic Diet Revolution.

And its goal is to put a renewed focus on traditional Greenlandic foods by learning more about the microbes that make these foods special, she said.

“We need to discuss what healthy food is in Greenland,” Hauptmann said in her plenary talk to the ICCH17 meeting.

It’s not the typical Danish diet of potatoes, vegetables and a lot of imported milk.

It took only 100 years to destroy the traditional Greenlandic diet, Hauptmann said, and this change also affected the health of the island’s residents by, for example, increasing the prevalence of allergies.

The young researcher now wants to know how the Inuit gut responds to traditional and imported foods.

Traditional Greenlandic foods are generally preserved through drying, salting or smoking and occasionally through fermentation.

As an example of the latter, Hauptmann showed those at her talk a huge slide of a fermented caribou stomach.

Such foods can be considered rich sources of unique microbes, she said, because they’re are not cooked and are prepared in non-industrial settings.

But she suggested these same microbes present in these foods could perhaps be seeded to help preserve industrially processed meat and fish products.

Looking at the microbiology of traditional Greenlandic foods may also show how Inuit evolved to adapt to the traditional diet rich in animal fat and protein and low in fibre—a diet that’s often condemned as unhealthy, Hauptmann said.

Hauptmann’s project, part of a larger Arctic Council-linked project, called “The Arctic as a Food Producing Region,” will wrap up in May 2019.

Over the past year, Hauptmann has collected samples from dried ammassat or capelin from Ilulissat, cod from Nuuk, and muskox and reindeer from Angujaartorfik.

An online project update shows DNA has been extracted from these samples, and the next step will be to analyze the data. Then, the project plans to look at the black-and-white little auks or tuulligjuait used in kiviaq, a traditional food made by stuffing a seal skin with 300 to 500 birds.

The skin, sealed with seal fat, is then left to ferment for three to 18 months, ideally under rocks.

Hauptmann also plans to study the gastrointestinal microbes in the digestive systems of people.

PopGen, a research unit with the Bioinformatics Centre at the University of Copenhagen, is a partner in the project.

For her research, Hauptmann, 31, received a Jens Peder Hart Hansen award from the Danish and Greenlandic Society for Circumpolar Health at the recent ICCH17 meeting.

During the project, Hauptmann also wants to see how microbes respond to the presence of toxic contaminants in local foods.

In earlier research, conducted when she was at the Technical University in Denmark, Hauptmann reported in the journal of Environmental Research Letters that some microbes collected from Greenland’s huge ice sheet were resistant to toxic contaminants and appeared able to degrade them.

“We hope that future research will help us understand how pollution, microbes and downstream ecosystems and food webs interact,” Hauptmann said last year on her Instagram feed at agreenisland. “We want heavy metal and PCB free foods to hunt and fish in the future of Greenland.”