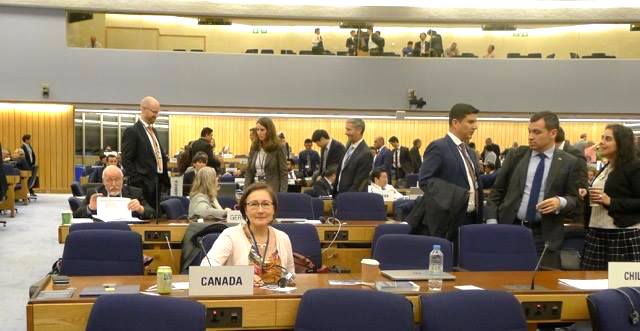 Lisa Koperqualuk, the Inuit Circumpolar Council’s-Canada’s vice-president, helps represent Inuit at the recent International Maritime Organization meeting in London. The Utqiaġvik Declaration, passed by the ICC last July in Alaska, included a clause that called for the complete phasing out of heavy fuel oil in the Arctic. (PHOTO COURTESY OF THE ICC) 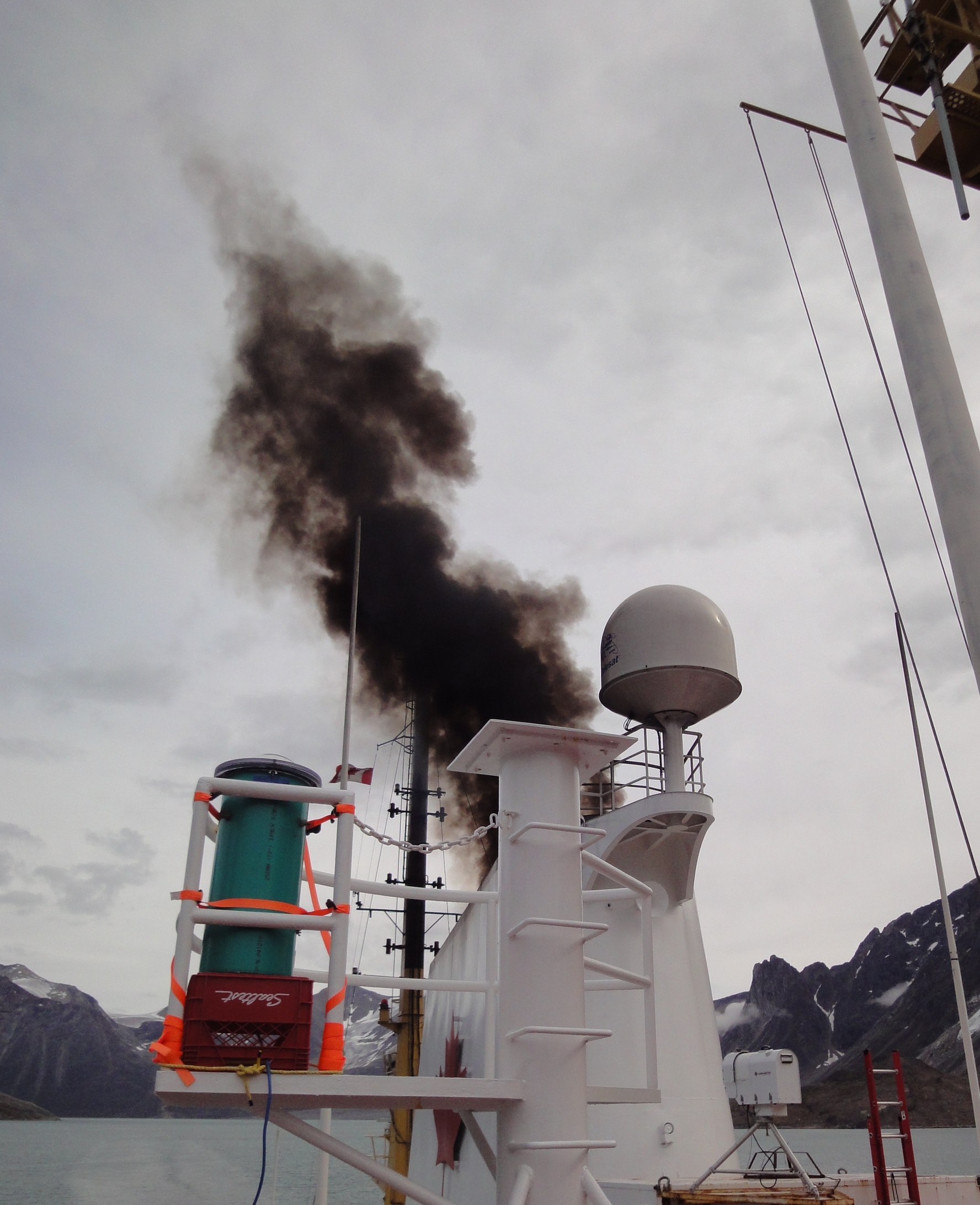 Dirty-burning heavy fuel oil produces ship exhaust like this black plume, which then deposits heat-absorbing particles. The sludgy fuel would be damaging if spilled in the Arctic. (FILE PHOTO)

That cost has now been spelled out in a recent report by a think tank in the Netherlands, CE Delft, which looked at the cost and benefits of banning heavy fuel oil—also known as HFO—in Arctic waters.

Benefits include a reduction in climate-warming soot emissions, and avoiding the cost and environmental damage of an oil spill.

One case study in this report looks into the additional costs of food shipped to Iqaluit. It determined that there would be a 0.2 per cent increase in household expenditures due to an HFO ban on non-perishable items.

In another case study, this time on the additional costs for consumers in Greenland, it found a 0.2 to 0.5 per cent increase in average import and export prices due to an HFO ban.

“Both case studies show that the impact of the ban on consumer prices can be expected to be relatively low, even if the ban-related additional transport costs would be fully passed on to the consumer,” the report states.

In Nunavut, the shipping costs for communities that are more remote than Iqaluit would also be “naturally higher,” it says.

The International Maritime Organization, the United Nations agency responsible for the safety and security of shipping and pollution by ships, met last week again in London after it agreed last April to start working on the development of a ban on the use and carriage of HFO as fuel by ships in Arctic waters.

The ban would require ships sailing in Arctic waters to use and carry non-HFO fuels only. Right now, HFO accounts for about 75 per cent of marine fuel currently carried in the Arctic.

In London, the IMO’s marine environment protection committee continued to discuss the HFO ban in Arctic waters, which will be looked at more closely in February 2019.

But, despite the possibility of some additional costs associated with the ban, Inuit who came to the IMO to participate in a side event on polar shipping and HFO at the House of Lords said a ban “must be in place as soon as possible.”

Delbert Pungowiyi, president of the Native Village of Savoonga, Alaska, said “our Arctic communities, wildlife and ocean need it, as they are already stressed by climate change and increased shipping in the region.

“The world depends on and benefits from a healthy Arctic Ocean…. We’re at a critical time to protect what we have left. It’s not just about protecting our own [people’s] survival, it’s about the good of all.”

Arctic Indigenous organizations such the Inuit Circumpolar Council and the Alaska Federation of Natives have already adopted resolutions calling for a ban on HFO in the Arctic. The Greenland government has, too.

”We have to save the ocean. My people and my food are important,” said George Edwardson, president of the Iñupiat community of the Arctic Slope and board member for ICC-Alaska, at the House of Lords.

“There are over 13,000 of us in eight communities, with a 90,000-mile jurisdiction. I need everyone’s help to make sure it’s safe. Don’t save money using dirty oil. I need to stay alive.”

To date, Canada and Russia have both supported the IMO’s work to consider ways to mitigate the risks associated with HFO, but Canada has yet to take a position on a ban.

The Clean Arctic Alliance, a coalition of 18 non-governmental organizations working to end the use of HFO as shipping fuel in Arctic waters, is now calling on governments to consider “how to mitigate any possible cost increase, however small, that could be experienced by Arctic communities.”