“The MLAs were clear on their desire to have this” 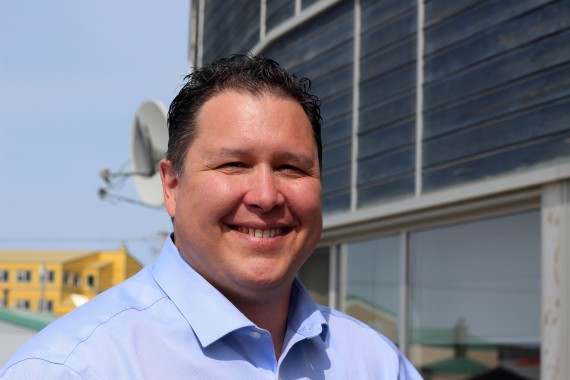 “It’s not as simple as reversing what was done then,” Nunavut’s finance minister says, following a cabinet announcement to reopen a dedicated human resources department. “I want to make sure that this is done right, not fast.” (PHOTO BY BETH BROWN)

It’s a need for more training, staff retention, respect in the workplace and higher Inuit employment rates that is leading the Government of Nunavut to set up a separate department for human resources.

That’s what Nunavut’s finance minister and minister responsible for the public service, George Hickes, told Nunatsiaq News, on Thursday, July 12, one day after his department announced a merging of the file that was recently split between the departments of Finance and Executive and Intergovernmental Affairs.

“Human resources needs to have a centred focus if we want to move our civil service forward,” said Hickes, who called the single department “critical” to the government.

“It’s recognized that having a standalone department will enable that focus,” he said. “The decision is made. The next step is to merge responsibilities and create a standalone entity.”

The last time the GN had a dedicated department for human resources was in 2012.

When that department was then dissolved, HR roles were divided, so that recruitment and training around Inuit employment in the GN were handled by EIA, while Finance dealt with general staffing and human resources needs for existing staff.

Hickes said he couldn’t call that move a mistake, as progress has been made to correct human resources problems within the government.

“This wasn’t a failed experiment,” he said.

Still, even if communication is good between departments, “there is going to be gaps” when you split the work, he said.

It’s cabinet members together who made the call to bring back the department, Hickes said, and the decision was already earmarked as a priority even before he became the minister of finance in June.

“The MLAs were clear on their desire to have this,” he said.

In the recent sitting of the Nunavut legislature, Arviat North-Whale Cove MLA John Main asked then-finance minister David Akeeagok if the HR split had anything to do with the trouble the GN has in filling vacant positions.

“Is the current set-up of having HR within the Department of Finance better than the old set-up, which was to have HR as its own department?” Main asked on June 6.

“The discussion of which way is best for this government is still up for debate with my cabinet colleagues,” Akeeagok said then.

On June 11, during committee of the whole, Aivilik MLA Patterk Netser asked the same question, and was given a similar response.

On the first day of the first sitting of the new government in March, Iqaluit-Manirajak MLA Adam Lightstone said he was going to advocate for a public service commission in the GN. He said he didn’t mention the commission in his election platform “due to fear of repercussion.”

“I believe that having an arm’s length organization handling our human resource matters would be in the best interest, as they would be representing the employees as well as management,” he said then.

Lightstone’s views are informed from having worked in the Department of Finance himself.

But in the previous government, Nunavut’s MLAs also called in 2016 for that commission, but it was never set up.

That’s after the GN was experiencing reports of harassment and bullying in the workplace in 2015.

“There have been steps taken to recognize workplace safety. The message is working its way through the civil service so that people recognize their rights,” said Hickes, who as an MLA at the time said that workplace conflict was directly linked to staff retention issues.

While all this discussion was going on between the previous cabinet and MLAs over human resources policies, the public also discovered that a decision to dissolve the HR department in 2012 happened after the GN commissioned a private report in 2011 that advised the government to keep the department.

Cabinet refused to table that report for MLAs in 2015, but Nunatsiaq News obtained the report through an access-to-information request.

That report, and corresponding efforts to overhaul human resources in the GN, came in response to a 2010 report by Canada’s auditor general that gave Nunavut’s government a failing grade in HR management.

Since then, the GN has put many staff through training on harassment in the workplace.

The GN’s current human resources strategy is scheduled to run until the end of this year, from 2014 to 2018.

Back to today, Hickes says this new department will make sure that training programs “mesh” with what GN employees need, and will see that civil servants are given the chance to advance in their careers.

Planning for this new department will continue over the next few months.

“It’s not as simple as reversing what was done then,” he said. “I want to make sure that this is done right not fast.”