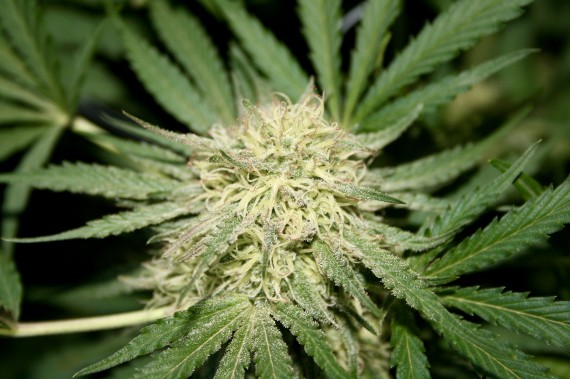 Iqaluit city councillors are worried that many of the city’s residents may be unaware of the rules that will govern where legalized cannabis may be smoked. (PHOTO BY BRIAN SHAMBLEN/FLICKR CC-BY 2.0)

Starting Oct. 17, Iqaluit residents will be able to lawfully light up a joint at home to celebrate the legalization of cannabis. But if residents toke at school or work, or at the hospital or city hall, they could land in trouble.

Smoking cannabis will be banned from any place where smoking cigarettes is forbidden. And there will be additional limits.

Yet, with just six weeks to go before legalization, many residents may be unaware of these rules. That was a source of concern at Iqaluit city council’s last meeting, on Tuesday, Aug. 28.

The City of Iqaluit’s administration also remains in the dark about some details, such as how much revenue it will receive from the territory from cannabis sales.

The city should be leading a public awareness campaign about the restrictions on legal cannabis, said Coun. Kyle Sheppard.

“We spoke about the upcoming legislation a couple months ago and have done nothing since, or very little, as a council. Council itself has not provided any counsel,” he said.

“We need to make sure that there are spaces available for people to consume, while also managing to prevent exposure in other areas.”

Nunavut’s Bill 7, passed in June, prohibits smoking cannabis at arenas and recreational centres, or at any public gathering. Those caught could face a fine of between $200 and $2,000. As well, you could be arrested if it is necessary to prove your identity, or to secure and preserve evidence or prevent other contraventions.

As with smoking cigarettes, you won’t be allowed to smoke cannabis within three metres of the entrance to a building that’s open to the public, such as an office or store.

Smoking pot is also prohibited inside a home, if it can be seen or smelled from another dwelling.

Even the outdoors is not going to be a pot-smoking free-for-all: if you toke on a playground, at a parade or at a music festival, you could also face a penalty.

And smoking weed will be forbidden inside almost any public space where goods and services are sold. The one exception would be if a cannabis lounge or cannabis retail store opens.

However, Mayor Madeleine Redfern says that “there is commitment (from the Government of Nunavut) at this point in time that there will not be the establishment of cannabis lounges or stores for the first year.”

That means that the only legal means of distribution, at least at first, will be through orders delivered by mail.

Nunavut’s Cannabis Act sets out steeper fines for distributing, selling or importing illicit pot, as well as carrying, storing and sharing with people who are intoxicated. Individuals could pay $500 to $25,000 for these offences and face six months in jail for a first offence.

As well, the federal cannabis law introduces a new offence of selling or giving cannabis to youth, which comes with a penalty of up to 14 years in prison. Nunavut has set its minimum age for possessing or consuming cannabis at 19.

“I hope that we can start enforcing the current bylaws when it comes to smoking, so that people will take future bylaws more seriously,” Rochon said.

Kevin Sloboda, Iqaluit’s chief municipal enforcement officer, told city council that the legalization of cannabis is going to mean extra work for his department. It currently has five staff, including himself and one part-timer. Trying to predict how much their workload will increase is difficult but scheduling will have to be adjusted, he said.

“The officers respond to all sorts of other complaints on top of this, so it will be an added responsibility that will tie the members up more and more,” Sloboda said.

“It will definitely place some strain on the department and our resources,” he said.

However, Sheppard said that although the federal government had just approved a roadside testing device on Tuesday, “there is early indication that it will not work below four degrees Celsius.” This would prove a problem for Iqaluit, since it would only work for about four months a year.

These enforcement challenges will cost money to solve. And right now, it remains unclear how much the city will receive from the territory’s share of cannabis taxes.

The Government of Nunavut will receive 75 per cent of the territory’s cannabis sales tax, with 25 per cent going to the federal government. It’s understood that the territory will share some of its funds with municipalities, said Redfern, who is president of the Nunavut Association of Municipalities.

That organization is planning discussions with the GN to find out how much money the municipalities will receive.

“Given that we’re six weeks out from legalization … there’s been radio silence from all levels of government about how this is going to roll out,” Sheppard said.

“I think we need to take it upon ourselves to have a communication blast over the next six weeks … so we’re not left with parades of weed down our streets.”