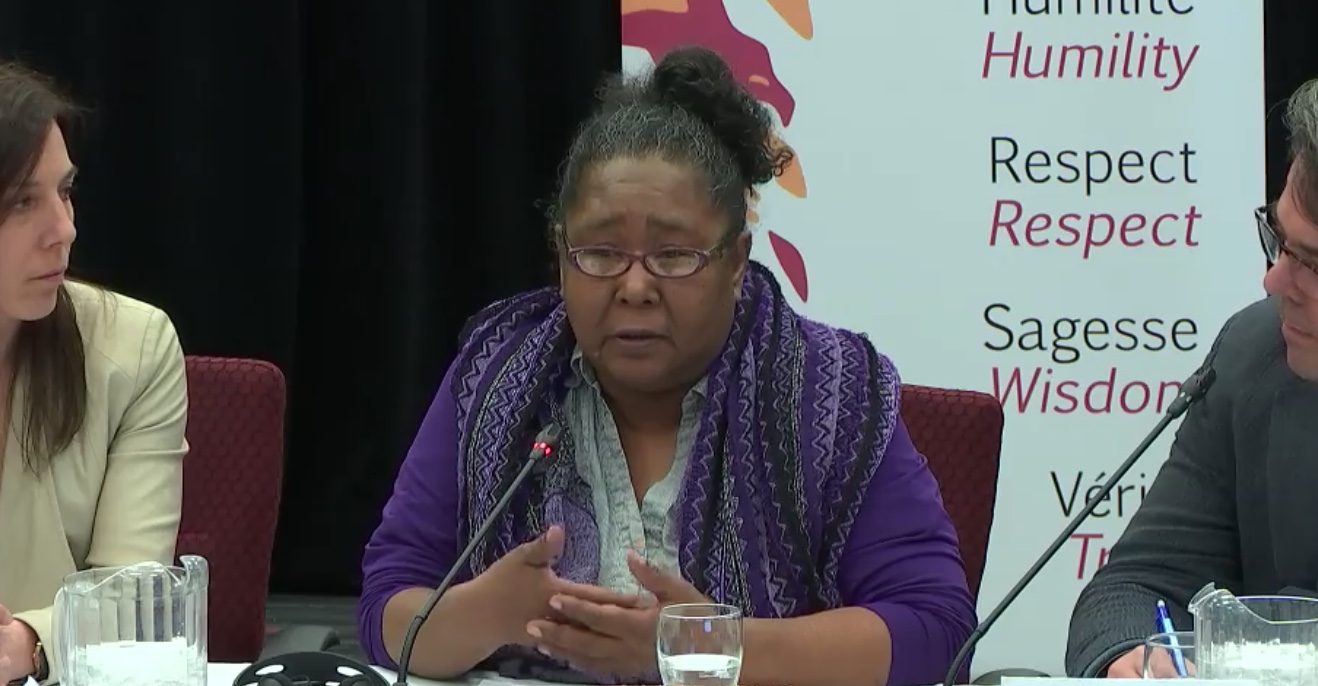 A major study of urban Quebec Inuit called Qanuikkat Siqinirmiut (how are southern Inuit doing) should reveal more about the unmet needs of Inuit in Montreal who often land in the city hoping for a better life, but sometimes run into trouble.

Speaking to the Viens commission on Wednesday, Annie Pisuktie, now secretary of the new Southern Quebec Inuit association, talked about how she arrived in Montreal from Iqaluit more than 30 years ago for the same reasons that many others travel to Montreal today: to escape abuse back home.

But being in the city didn’t play out as she had imagined, because she had to deal with addictions and lost her children—regaining custody of them when she got back on her feet.

The challenge facing Inuit women remains the same: some Inuit women relocating to Montreal are met at the airport by friends who are already in Montreal—and they’re quickly introduced to street life.

“We need to be able to stand next to you,” Pisuktie said during her presentation to the commission.

Pisuktie said she would like to see the new southern Quebec organization grow into a group like Ontario’s Ottawa-based Tungasuvvingat Inuit, so it can work to provide Inuit with more supports in Montreal.

But there’s a problem: no one knows exactly how many Inuit live in the city, although it’s perhaps as many as 2,000, from across Canada and Greenland.

Preliminary research from Université Laval shows that many, though not all, have suffered, or continue to suffer, from addictions and trauma, in addition to housing problems and chronic unemployment.

Recommendations for possible actions to help them include establishing a wet shelter where sobriety would not be required, and an addictions treatment centre, along with practical supports like an online guide to services in the city.

Pisuktie said she would like to see the new Inuit organization for southern Quebec lead the way in organizing services for Montreal Inuit.

But first will come the Qanuikkat Siqinirmiut study on Inuit in southern Quebec, which will look at the various social determinants of health, such as what people do and where they live.

“We have no clear picture of what’s going on in the South,” said Christopher Fletcher from Laval’s Department of Social and Preventive Medicine.

The study, supported by Inuit organizations, including Makivik Corp., is still looking for additional funding to get underway, but aims to include up to 500 in its survey.

“I wish you the best,” said Commissioner Jacques Viens, a former Quebec Superior Court Justice, who will produce recommendations on how improve services in Nunavik and other Indigenous communities.

Testimony at the commission’s Montreal hearings, which were to wind up March 23, included: