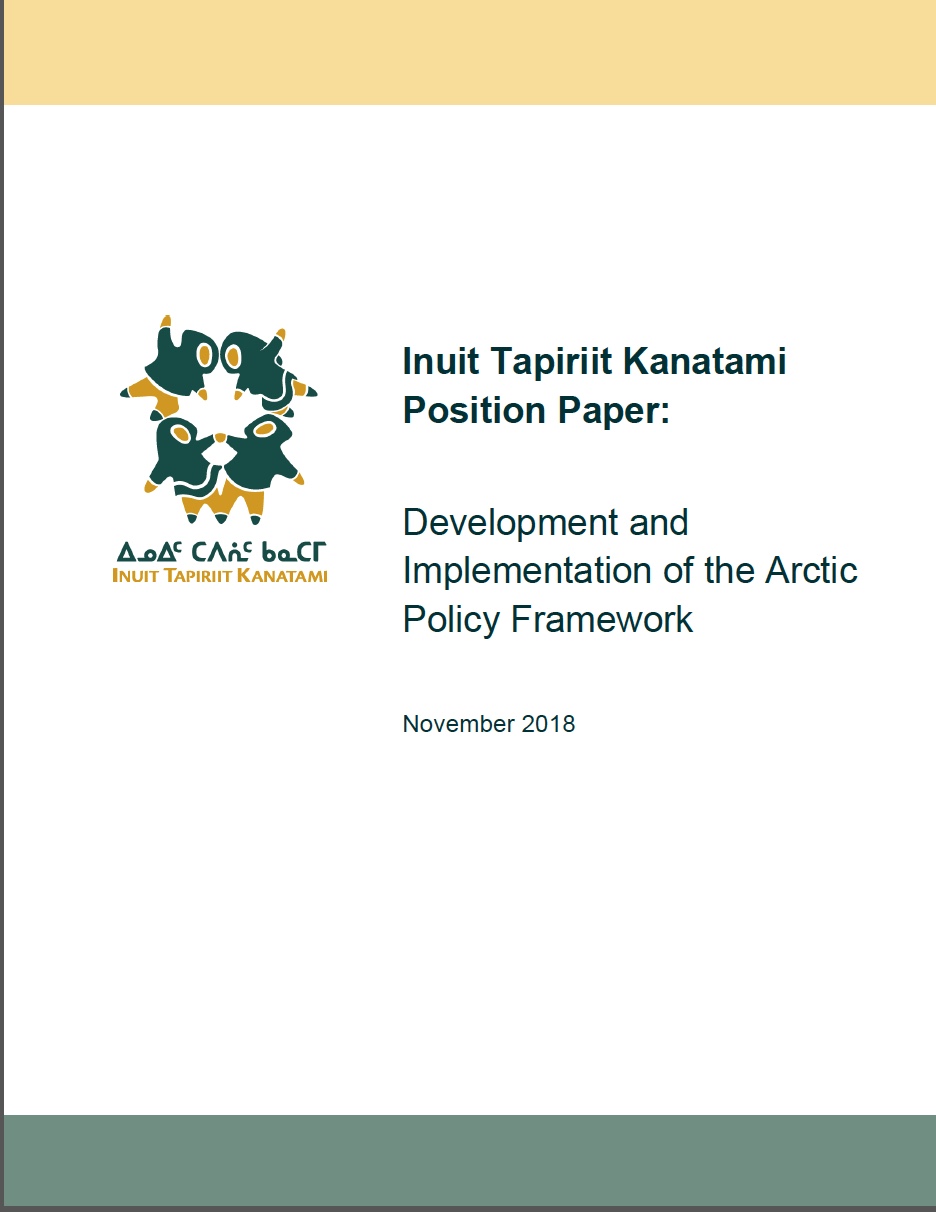 You can view the Inuit Tapiriit Kanatami report online at bit.ly/2Fn4TkK

Inuit Tapiriit Kanatami wants to see more federal money flow directly to Inuit organizations, rather than to provincial and territorial governments, like the Government of Nunavut.

That’s according to a position paper prepared by the national Inuit organization, on the federal government’s forthcoming Arctic Policy Framework.

The report says that federal money intended to benefit Inuit should be “made directly to the four Inuit regions rather than to the provinces and territories or aggregated into broad funding envelopes targeting ‘Indigenous peoples.'”

“Doing so would help ensure that citizens within Inuit Nunangat are not solely dependent upon southern Canadians for the delivery of essential programs and services,” states the report.

“This critical aspect of self-determination does not require political accords or constitutional change, but rather political commitment and action.”

But ITK said money flowing from the new policy to correct these shortfalls should flow directly to Inuit organizations.

To pave the way for this, ITK’s paper calls for an Inuit Nunangat policy to be included within the new framework.

“The inclusion of an Inuit Nunangat chapter in the document is the most efficient means for ensuring that Inuit priorities are clearly defined and reflected in the APF (Arctic Policy Framework) and, more importantly, guide future investments and activity in our homeland,” ITK said.

Simon called on Ottawa to make education the cornerstone of its new Arctic policy, including the creation of an Arctic university, increased funding for early childhood education and better support for Indigenous language development.

From 2017 into 2018, the federal government also carried out consultations, online and in various regional roundtables, to gain feedback about the new policy.

Last August, in an interview with Nunatsiaq News, Dominc LeBlanc, then recently appointed as northern affairs minister, spoke about the new Arctic policy, saying he hoped his government could release the new policy “as soon as possible.”

LeBlanc said then that he favours an aggressive focus on improving infrastructure, such as dealing with overcrowded housing and access to broadband internet.