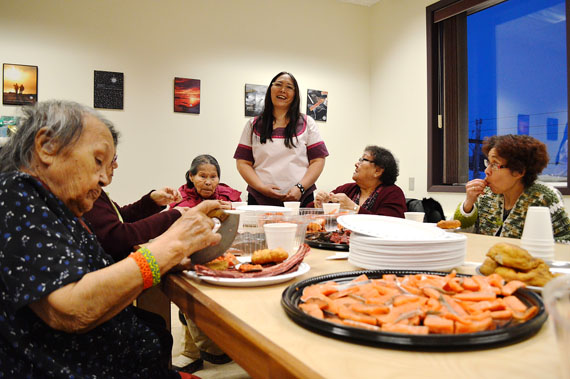 Nunavut Tunngavik Inc. is pushing the Government of Nunavut hard to address what it calls “an Inuktut language crisis” in the territory, while calling on Nunavummiut to reject the GN’s newly-tabled Bill 37.

In a discussion paper NTI prepared last fall, the Inuit land claims organization flagged the predominantly English-speaking school system in Nunavut as the biggest factor behind the erosion of Inuktut across the territory.

It’s no coincidence these discussions come as the GN tabled Bill 37, amendments to its Education Act, earlier this month, which delay the implementation of Inuktut instruction in Grades 4 through Grade 9 until 2030.

In discussions with the GN since then, NTI has continued to urge the territorial government to launch an Inuit Employment Plan for educators, to increase the number of Inuktut-speaking teachers in Nunavut.

“We see this as an area where, if we’re able to do that, it would have a long-lasting impact on the number of bilingual graduates in Nunavut,” said NTI President Aluki Kotierk.

“Down the road, that would have a potential and possible impact on Inuit employment. This is still a priority for NTI.”

Kotierk worries that it’s less of a priority for the GN, which can propose ways to tap into a $50 million fund earmarked for Inuit employment development that was part of the lawsuit settlement agreement that NTI and the federal government reached in 2015.

The $50 million is outside of the $255.5 million that Ottawa agreed to pay NTI and represents a commitment Ottawa made to directly fund activities related to the training of Inuit for employment in government.

NTI wants the GN to use that money to “aggressively” train Inuktut-speaking teachers to work in the education system.

“That’s the concern we have,” she said. “There’s been no concrete timeline.”

Just before Kotierk was elected as NTI’s president in December 2016, the land claims organization put out a discussion paper providing ideas on how the Inuit employment plan should work.

Among them is a language specialists plan that would tap into the territory’s pool of 993 Inuktut-speaking substitute teachers and offer them provisional teaching diplomas over a two-year period while they complete training.

To accommodate those teachers, NTI proposes that Nunavut Arctic College design and deliver a two-year teacher certificate in each community, with on-the-job training. NTI estimates it would cost about $26 million a year to train about 210 language specialists (there are currently 76 across Nunavut).

“The [Education] minister [Paul Quassa] has said that you can’t force Inuit to become teachers, but they’re in a position to approach a current pool to ask them if they want training,” Kotierk said.

NTI also proposes out-of-territory resources: an optional third year at the Ottawa-based college program, Nunavut Sivuniksavut, dedicated to teacher training, followed by a practicum in Nunavut and the renewal of the Inuit Masters of Education program through the University of Prince Edward Island.

Kotierk followed up on those proposals with a Feb. 15 letter to Premier Peter Taptuna and Education Minister Paul Quassa, in which she calls for “immediate action” on a “sorely needed” Inuit employment plan for educators to boost Inuktut in schools.

To do that, Kotierk has suggested that NTI and the GN prepare a joint proposal to present for review to the Makigiaqta Inuit Training Corp., which manages part of”the $255.5 million out-of-court deal NTI settled with the federal government in 2015.

Kotierk said the premier’s office responded to the letter, noting that the GN is working on an Inuit educator employment plan. But it couldn’t offer a timeline for when it would be ready.

“That’s a good thing, but we need action on this,” she said.

At the same time, NTI is calling on the Nunavut’s MLAs to reject the proposed amendments to the Education Act. During a meeting in Arviat last month, NTI’s board of directors passed a resolution requesting that the legislative assembly oppose Bill 37.

“We’re concerned about the loss of rights for Inuktut speakers and the loss of control at the community level,” Kotierk said.

The resolution says NTI will collaborate with the three regional Inuit associations to file a joint submission to the Standing Committee asking the legislature to reject the bill. Nunavummiut have until April 21 to file written submissions on the bill.