“It’s a lot of money. But the cost of inaction will continue to be much higher” 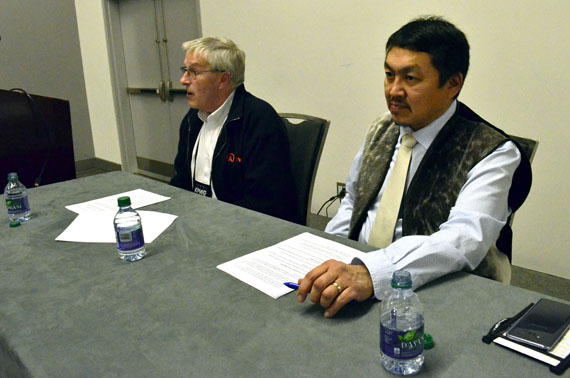 Dave Forrest, left, and Tunu Napartuk speak at the launch of the Nunavik Recovery Foundation at the Northern Lights Business and Cultural Showcase in Ottawa Feb. 1. (PHOTO BY JIM BELL) 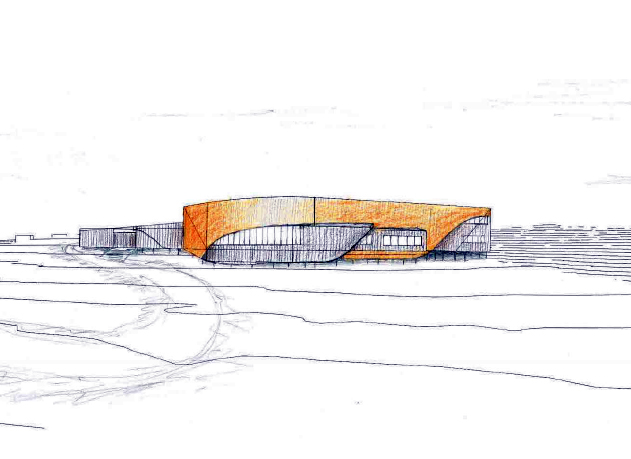 This artist’s rendering shows plans for the future Isuarsivik Regional Recovery Centre, set to be built along Nuvuuk Bay in Kuujjuaq by 2020. (FILE IMAGE)

OTTAWA—The group behind an expanded addictions treatment centre in Kuujjuaq has launched a charitable foundation to help raise money for the centre’s construction.

Isuarsivik centre in Kuujjuaq currently offers a six-week treatment cycle for up to nine clients.

But the centre’s board of directors have big plans to replace the 70-year-old building with a new, expanded facility that could accommodate 20 clients at the time, plus additional facilities for family members.

The group has secured the future centre’s $6.2 million annual operating budget, and the Kativik Regional Government and Makivik Corp. have each made a $1 million donation to Isuarsivik’s capital fund.

But the group has now created the Nunavik Recovery Foundation to try and raise the remaining $30 million needed to construct the centre, choosing to launch the new non-profit at the Northern Lights business and cultural showcase in Ottawa on Thursday, Feb. 1.

“It’s a lot of money,” said Isuarsivik chairperson Dave Forrest. “But the cost of inaction will continue to be much higher.”

Isuarsivik opened its doors in Kuujjuaq about 20 years, but the centre can no longer keep up with demand—Forrest said the facility now turns away more clients than it can treat.

The Nunavik Regional Board of Health and Social Services did a recent study that found that alcohol use costs the region an estimated $72 million a year—the combined cost of healthcare, policing and other related services.

“That number is staggering—it’s unthinkable,” said Kuujjuaq’s mayor, Tunu Napartuk. “And that doesn’t take into account the number of man-hours lost when people are unable to go into work because of alcohol use.”

Most of Isuarsivik’s clients are misusing alcohol, but they’re not alcoholics, the project’s organizers said—they’re using alcohol to treat a trauma.

“So that’s what we’re trying to get to the bottom of—why are we drinking so much?” Napartuk said.

Isuarsivik’s project leaders have lobbied both the Government of Quebec—through its Société du Plan Nord—and the federal government for support for the centre.

Ottawa’s National Native Alcohol and Drug Abuse program funds treatment programs in Indigenous communities throughout the country, though it has yet to fund such an initiative in an Inuit community.

Forrest notes that Isuarsivik’s approach is unique and culturally based, including an on-the-land component.

But the centre has earned its accreditation primer through Accreditation Canada, the first step in a full assessment that will take place in May 2019.

The treatment centre was also granted its lot request for a piece of land north of Nuvuuk Bay along the Koksoak River—a location just on the outskirts of the town of about 2,400 people.

The new Isuarsivik centre hopes to employ 42 staff members, including an on-site psychologist, nurse and family therapists, once it opens in 2020.