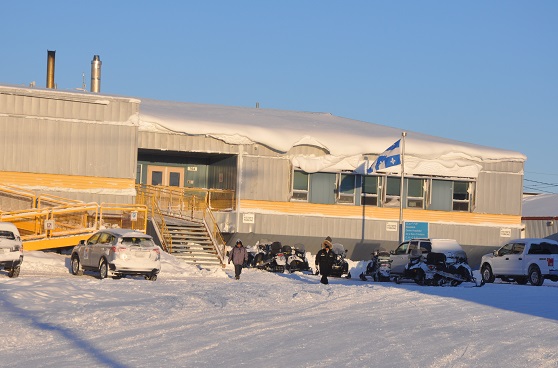 Nunavik’s Inuulitisivik health centre, based in Puvirnituq, has a new board of directors, elected Oct. 25. (PHOTO BY SARAH ROGERS)

Nunavimmiut did not show much interest in the Oct. 25 board-member elections at both of Nunavik’s regional health centres.

Each of the region’s health centres, Ungava Tulattavik in Kuujjuaq and Inuulitsivik in Puvirnituq, is overseen by its own board of directors, made up of elected community representatives and professional staff.

In Kuujjuaq, Clause Gadbois, who also sits as a representative on the Nunavik Regional Board of Health and Social Services, was re-elected last month. Daisy Tukkiapik Angnatuk of Quaqtaq was also re-elected.

But no candidates came forward in Kangiqsualujjuaq, Kangiqsujuaq, Tasiujaq, Aupaluk or Kangirsuk.

Four personnel and professionals from Tulattavik were elected to the board: Patrick Tassé, Christopher Broadbent, Valérie Desbiens and Marie-Louise Soucy.

“There are concerns around the fact that no candidates presented themselves in most communities,” said Larry Watt, Tulattavik’s executive director, in a news release on Monday, Nov. 19.

“Stimulating interest in the health centre for the future is definitely something to consider.”

Under the James Bay and Northern Quebec Agreement, it is now up to the regional health board to nominate and appoint community members to fill those roles, something that should be in place by the end of 2018.

Inuulitisivik, which serves communities along the Hudson coast from Kuujjuaraapik north to Salluit, saw some more interest, with five members elected on Oct. 25 and two acclaimed.

Inuulitisivik’s community representatives are the following:

And three of four seats reserved for Inuulitsivik’s professional members were filled by:

All members are elected or appointed to a three-year term as directors. Both Inuulitisivik and Tulattavik’s new boards will select chairs at their first meetings.

Executive directors at each of Nunavik’s two health centres, plus one other representative from each board, sit on the regional health board of directors.