“I can assure you that these processes are well underway” 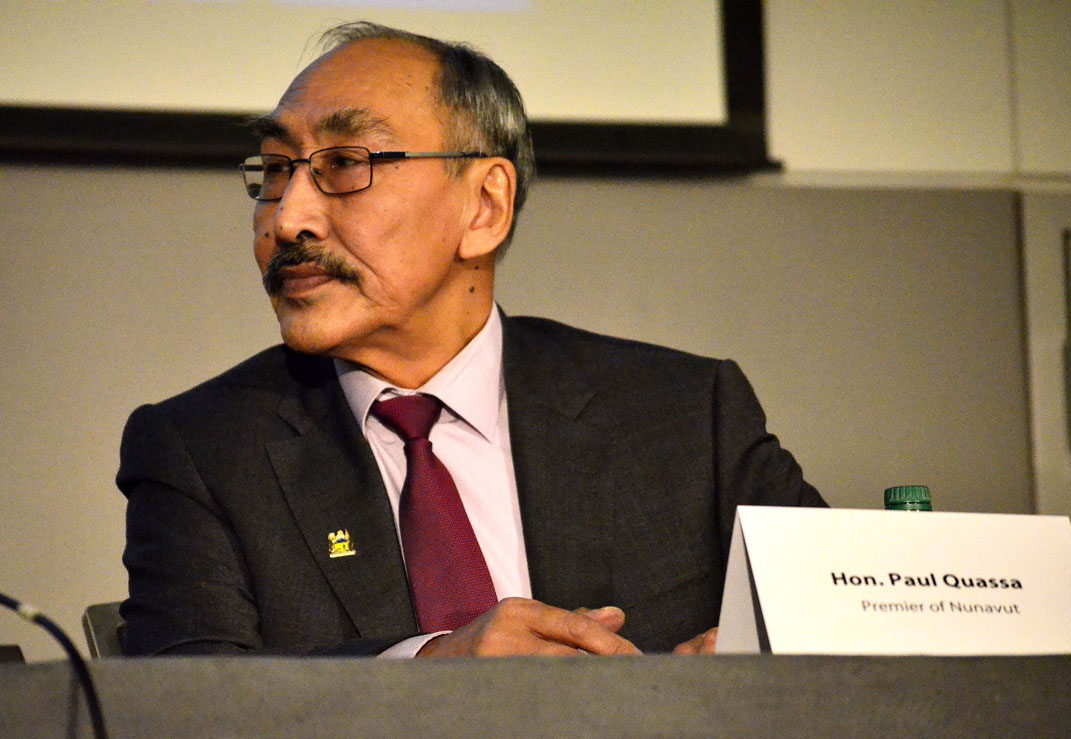 Nunavut Premier Paul Quassa said his government’s first operations and maintenance budget, to be unveiled May 28, will set “projects and-or programs” aimed at carrying out its Turaaqtavut vision. (FILE PHOTO)

I was disappointed to read your criticism of our government’s new mandate, Turaaqtavut, and your assessment that the government has been silent on key issues. [Editorial published May 5, 2018.]

Turaaqtavut—our destination—outlines the vision our government has for our territory and the pillars, principles, values and actions that will direct our work over the next four years.

There are specific actions described in Turaaqtavut, such as “Investing with partners in infrastructure that enhances our well-being as individuals and communities, including facilities for elder care and addictions in the territory,” found under the Pivaallirutivut pillar of Turaaqtavut.

At the Qikiqtani Inuit Association board of directors on May 8, 2018 in Qikiqtarjuaq, I spoke about the need to partner with Inuit organizations to deal with issues within Nunavut—including the housing shortage, the creation of elders’ facilities, the need for mental health resources, among others.

These issues were also discussed at the cabinet and full caucus retreats that were held in order to set the direction of this government. This government is committed to building partnerships with all regional Inuit organizations, Nunavut Tunngavik Inc. and the private sector.

Partnerships will also include further supporting hunters within our communities, as this is an important cultural component of Inuit that supports mental health.

Since the start of this government, it should be noted that I made changes to the top-level positions, so that more Inuit have decision-making roles. Inuktitut language within government is one of our priorities. It is also the very first time since the creation of our territorial government that all ministers speak and understand Inuktitut.

Our working language within government should be Inuktitut, so I have made steps to start working towards making Inuktitut mandatory for everyone employed to learn, if, of course, they don’t already speak Inuktitut. This was the vision when the Nunavut Agreement was being negotiated, that our language and Inuit societal values were going to be the guiding principles.

The Government of Nunavut has obligations under the Nunavut Land Claims Agreement. As premier, I am making sure that this government is focusing on implementing our obligations and specifically focusing on Article 23 of the NLCA through the implementation of the Inuit employment plan.

As a government we have to follow transparent and responsible decision-making processes such as business planning, capital and main estimates and in-year submissions to cabinet in order to institute new programs or build infrastructure.

I can assure you that these processes are well underway. Later this month, our government will table its first budget, which will outline our spending priorities for the next year and the projects and programs that will be developed or enhanced to help us achieve the vision we set out in Turaaqtavut.

Likewise, we have developed a mandate implementation plan and tasked an interdepartmental oversight committee to ensure that actions are being taken to fulfill each and every priority of Turaaqtavut.

With respect to our government’s position on certain issues, it is important to note that several topics you raised in your editorial—cannabis, climate change, carbon pricing—were in fact initiated by the federal government.

The territorial government is not the lead on these files; rather we were tasked with implementing measures to ensure that these federal programs, or pieces of legislation, work for Nunavut and in the best interests of Nunavummiut.

I outlined special considerations that should be made for Nunavut with respect to the federal government implementing a carbon pricing regime so that it doesn’t impact the already high cost-of-living and doing business in the North (such as exemptions on home heating and aviation fuels, and consideration of QEC’s power plants for a lower taxable rate.)

We requested an update on the federal government’s commitment to develop a northern adaptation strategy on climate change to ensure our unique circumstances and environmental concerns are reflected in this plan.

Finally, I discussed how flexible funding arrangements and increased investments are necessary for our territorial government to plan and build much-needed infrastructure in Nunavut communities.

We outlined the nature of these discussions issued on May 5 to inform the public and also to pique the media’s interest in the work we’re doing. Sadly, I did not receive a single question from Nunatsiaq News about the meetings or the topic discussed.