Man linked to Apex homicide nabbed May 19 at Iqaluit airport 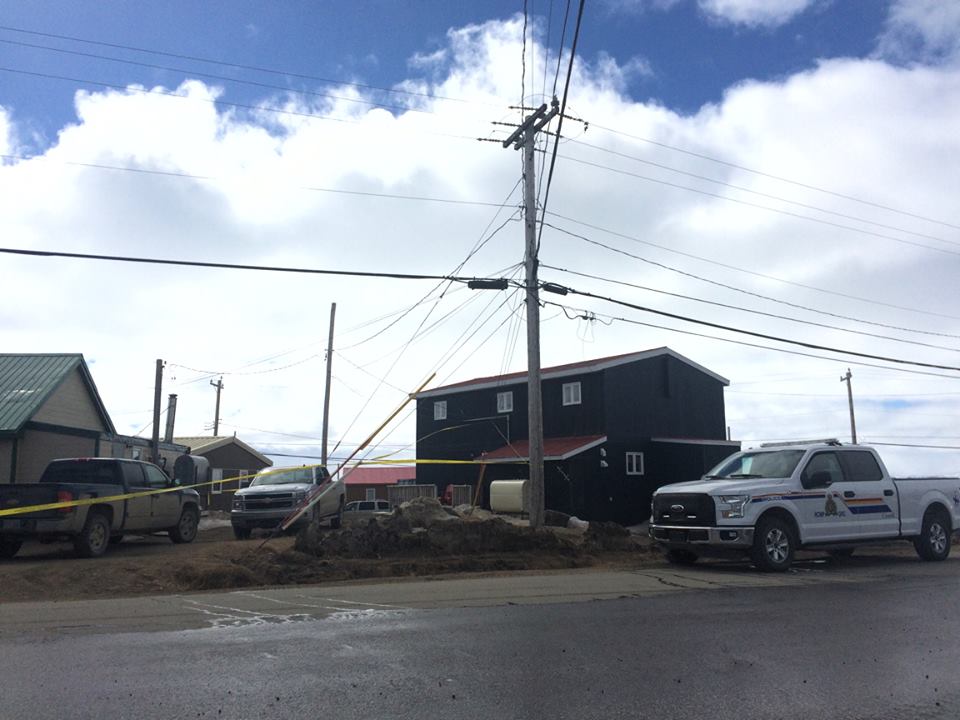 Police continue to treat this residence in Apex as a crime scene, following the May 19 death of a man, 23. (PHOTO BY STEVE DUCHARME)

Police have arrested a 37-year-old man in connection with the death of another man in the Iqaluit satellite community of Apex on May 19.

The man was taken into custody by police at Iqaluit’s airport after an alleged attempt to leave the territory on a one-way ticket south, multiple sources have told Nunatsiaq News.

He has since been charged with second-degree murder, the RCMP said May 23 in a news release.

Police said he will remain in custody until he appears June 6 at the Nunavut Court of Justice in Iqaluit.

“A publication ban was issued in the matter and as a result, names are being withheld,” the RCMP said.

RCMP officers discovered an unresponsive 23-year-old man at a home about 5 a.m., May 19, according to a news release issued by the RCMP the same day.

Though the man was rushed to hospital, he was pronounced dead shortly after his arrival there.

A few hours later, around noon, a 37-year-old man was taken into custody, though police did not say where they arrested him

Sources in the community suggest the death may be related to a dispute over drugs and the 37-year-old man is allegedly connected to the illegal drug trade in Iqaluit, sources told Nunatsiaq News.

In the hours following the death, police tape surrounded a small, green-roofed residence in Apex, a few doors down from the bridge entering the community.

Under the watch of officers, parked around the building, the area is being treated as a crime scene.