Split Tooth describes “a world where the distinctions between good and evil, animal and human, victim and transgressor, real and imagined lose their meaning” 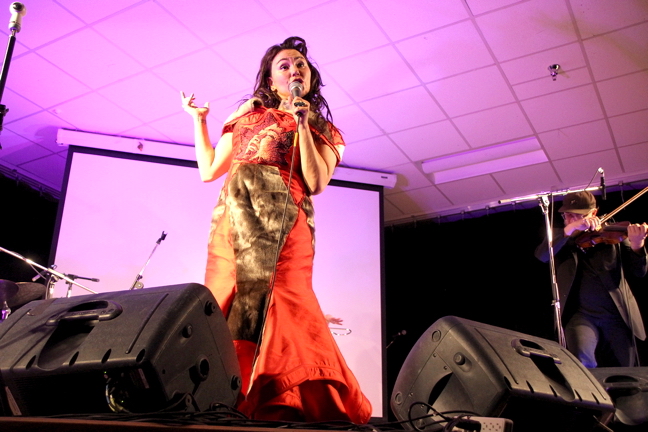 “It’s not traditional, it’s contemporary,” Tanya Tagaq says about her music to a sold-out crowd gathered at Inuksuk High School last October, where she performed her first Nunavut concert in years. (FILE PHOTO)

After receiving numerous awards for her experimental music, Nunavut’s Tanya Tagaq is now up for a prestigious literary award.

The Scotiabank Giller Prize’s long list of 12 nominees was announced today from a field of 104 books submitted by publishers from across Canada.

Among the nominated books is Split Tooth, a soon-to-be-released novel by Tagaq that centres on a girl growing up in Nunavut in the 1970s.

The book’s publisher, Penguin Random House, says this about Split Tooth: “Veering back and forth between the grittiest features of a small Arctic town, the electrifying proximity of the world of animals, and ravishing world of myth, Tanya Tagaq explores a world where the distinctions between good and evil, animal and human, victim and transgressor, real and imagined lose their meaning, but the guiding power of love remains.”

The Giller Prize’s jury wrote this about the books on the long list: “We were looking for books that were written in elevated, idiosyncratic, original prose that exhibited an exquisite command of the art of language, and unparalleled mastery of structure and storytelling. These are stories about and beyond Canada, a list so exciting, exhibiting such pure excellence, it stands up to any list in the world, and it is great, great fun to read.”

Tagaq’s book is slated for release on Sept. 25.

The Scotiabank Giller Prize awards $100,000 annually to the author of the best Canadian novel or short story collection published in English, and $10,000 to each of the finalists.

This year’s shortlist of finalists will be announced at a news conference on Oct. 1.

You can take a sneak peek at Tagaq’s book here: