Jonah Keyuajuk did not feel ready to proceed to trial 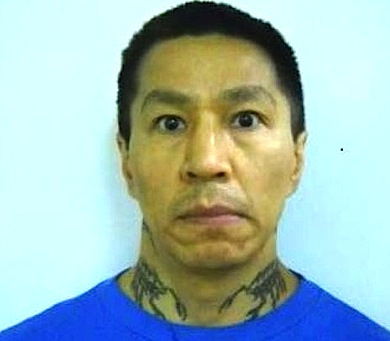 Jonah Keyuajuk is now waiting for a trial date to be set for a third time related to sexual assault charges dating back to the spring of 2016. (FILE PHOTO)

A Pangnirtung man charged two years ago with sexual assault of a minor is seeking a new lawyer after a Nunavut judge granted his request to adjourn what was a second scheduled trial.

Jonah Keyuajuk told Justice Alison Beams on May 31 that he did not feel ready to proceed into a trial that could span over three days.

Keyuajuk was arrested and charged on May 22, 2016, with sexual assault on a minor. Related charges on the docket include sexual interference, forcible confinement and breach of a peace bond.

“I’ve never really spoken to him about the situation,” said Keyuajuk, meaning his counsel Yoni Rahamim.

Keyuajuk appeared at the Nunavut Court of Justice in Iqaluit over videoconference from the Baffin Correctional Centre. Beams told the court the video was set up after Keyuajuk refused to visit the courthouse in person.

“Mr. Keyuajuk does not feel ready for his trial. He wishes to ask for an adjournment of this trial,” Rahamim said.

But because Rahamim is going on sabbatical, this adjournment means that Keyuajuk will have to find a new lawyer to represent him. Given the seriousness of the charge, he has the right to choose his own counsel.

Keyuajuk said he understood the delay, during which he will remain in custody, is a result of his request.

A previous trial date was set for earlier this winter—but didn’t take place after Keyuajuk was at odds with his counsel, according to Crown lawyer Barry McLaren.

“You have to be proactive. You need to take steps as soon as possible to start looking for a new lawyer,” Beams told Keyuajuk. “And then take steps that you can to ensure you are confident that lawyer can properly represent you so that when your next trial date comes up you actually are ready to proceed.”

Keyuajuk has a lengthy criminal record and has been called in the past a violent sexual offender who poses a risk of significant harm to the public” by the Northwest Territories RCMP.

He has served time in a federal jail for sex-related offences.

In his late 40s, Keyuajuk has tattoos that showed over the collar of his crewneck t-shirt. He was wearing glasses.

Before the trial was adjourned, the Crown argued “numerous delays” that followed a preliminary hearing held early in 2017 “could be attributed to the defence.”

“The lawyer he feels he hasn’t had time to speak to is the lawyer who has been on his case for almost the last two years,” McLaren said.

A new trial date for Keyuajuk should be set on June 19.