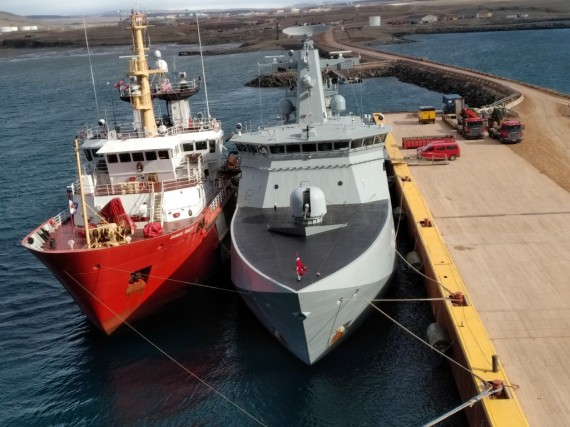 The Canadian Coast Guard’s Samuel Risley sits alongside the Danish naval vessel HDMS Knud Rasmussen at the U.S. Air Force base in Thule, Greenland on July 28. This was the first Arctic operations assignment for the Samuel Risley, which is based in Parry Sound, Ontario. The ship helped provide icebreaking support to two commercial vessels resupplying Thule. The Samuel Risley later arrived in Iqaluit on Aug. 5 for a crew change and will remain in the eastern Arctic for search and rescue, community visits and buoy tending in Hudson Bay. (PHOTO COURTESY OF DFO)