“The Institut nordique du Québec will allow us to promote the full potential of Northern Quebec, to inhabit it sustainably, and also to protect it” 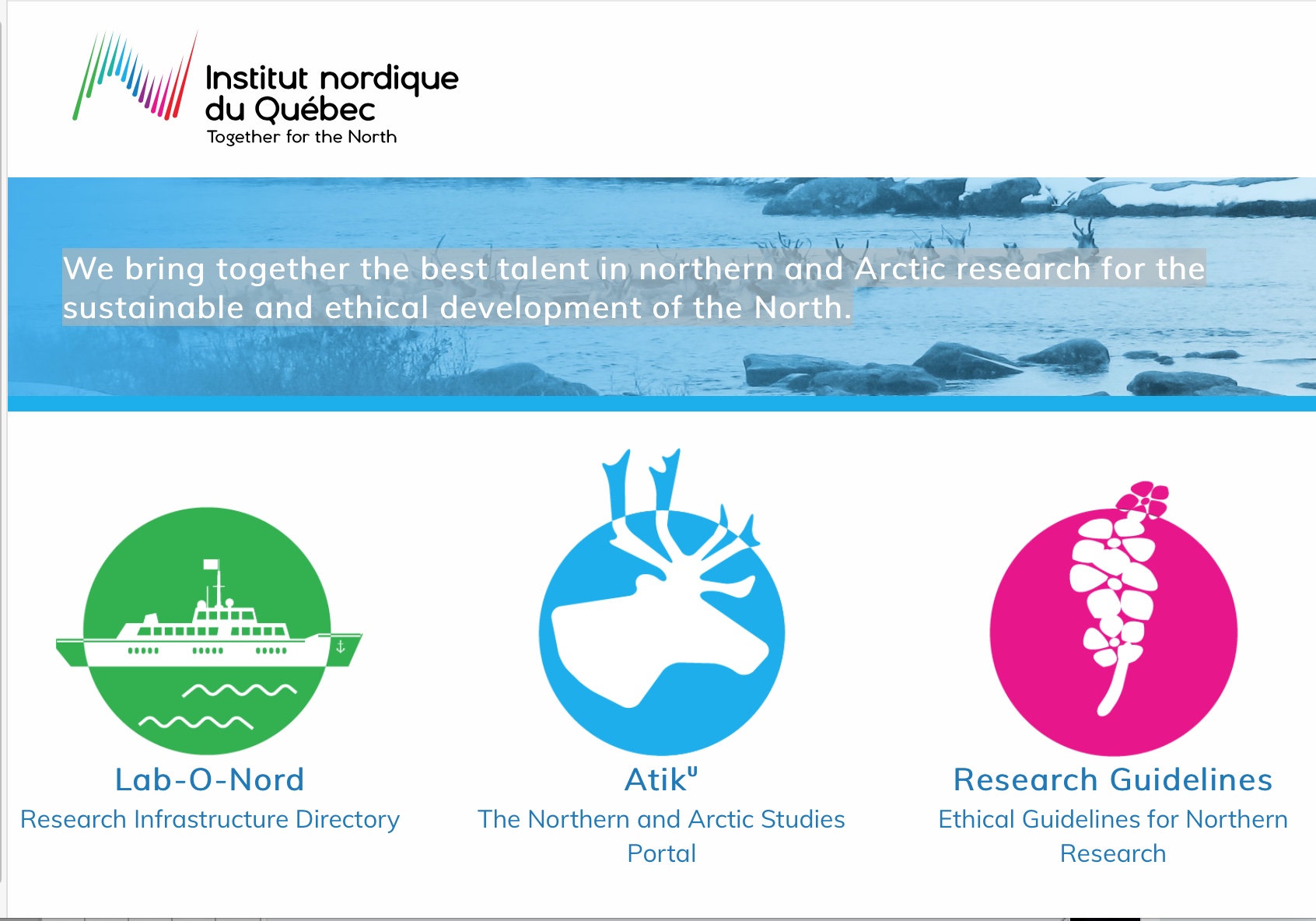 Right now the future Institut nordique de Québec consists of a website, in French and English. But now Laval university has the $83.5 million it needs to build the institute, originally launched in 2014. No date was given for the completion of the building, which will be built at the Laval campus in Quebec City. (SCREENSHOT)

The $83.5 million project, first announced in 2014, came that much closer last Friday, with the announcement that Canada and Quebec will put more than $53 million towards the construction of the main building of the Institut nordique du Québec on the Laval campus.

The Government of Canada’s contribution of more than $25.5 million comes from the New Building Canada Fund, while Quebec will invest $27.5 million through its Société du Plan Nord corporation for northern development.

“These contributions round out the governmental financial package for the $83.5-million project to build the Institut nordique du Québec complex,” said a joint Aug. 17 news release.

Laval and its partners will now receive the final portion of the money, more than $30 million needed for the construction project. This includes $5 million from the City of Québec.

According to the release, the institute’s main research hall will be “an emblematic building symbolic of northern life.”

The building will serve as a hub for a wide variety of scientific disciplines, including social sciences and the humanities, natural and health sciences, and engineering.

The specialized facilities will include laboratories, warehouses and workshops for technological innovation and preparation for northern missions “on both land and sea.”

The building will have the installations necessary for communicating with northern communities and the other partners and for distance education, the release said.

In all, the building will accommodate more than 200 regular researchers, including researchers-in-residence, Indigenous researchers, professionals and graduate students.

“The Institut nordique du Québec will allow us to promote the full potential of Northern Quebec, to inhabit it sustainably, and also to protect it,” said Pierre Moreau, Quebec’s minister responsible for Plan Nord, Quebec’s plan to develop its northern regions, including Nunavik.

On its French and English website, you can find a section on Atiku, about which it says: “The Northern and Arctic Studies Portal features the best international documentary resources for research on the North and the Arctic: databases, dictionaries and encyclopedias, maps, atlases and geospatial data, statistics, archives and sources, online films, and more.”

However, there’s nothing posted there yet.

As for the news about the recent announcement, it was posted only in a French-language release from Laval.