Researchers find growing piles of trash on the Arctic seabed 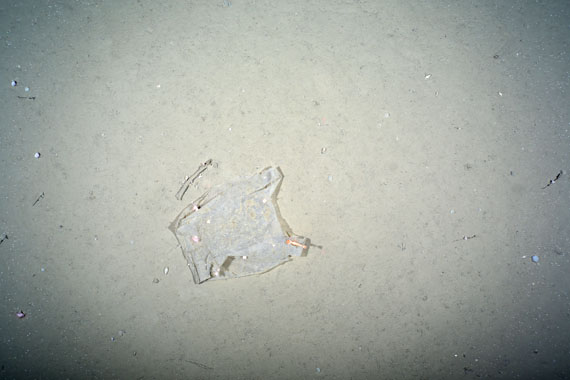 A piece of plastic, photographed in July 2015, lies on the floor of the Fram Strait, at a depth of about 2,500 metres. (ALFRED WEGENER-INSITUT /MELANIE BERGMANN) 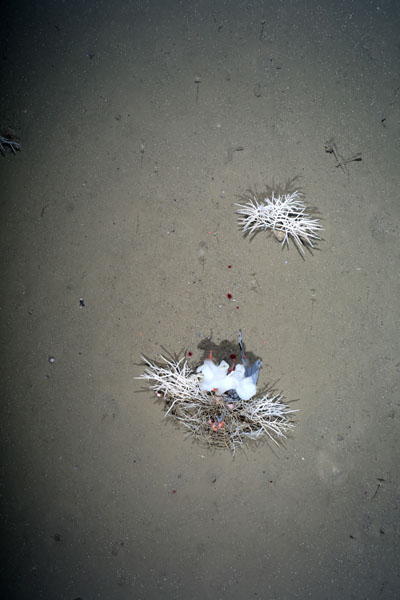 A sea anemone nestled against a piece of trash photographed on the floor of the Fram Strait in 2016 at a depth of about 2,500 metres. (ALFRED WEGENER-INSITUT /MELANIE BERGMANN)

The Arctic’s growing tourism and shipping industry might not just bring more cash: it could bring more trash.

That’s according to a team of German scientists who report in the online scientific journal, Deep Sea Research Part 1: Oceanographic Research Papers, that more garbage sits on the Arctic seabed than ever before, and it’s linked to areas that have seen a boom in vessel traffic as Arctic ice recedes.

The report’s conclusions are drawn from photographs they collected between 2002 and 2014 that show trash resting on the ocean floor west of the High Arctic island of Svalbard.

Scientists Mine K. Tekman, Thomas Krumpen and Melanie Bergman say the high levels of trash density are “surprising,” considering “the remote location [of the field stations].”

So how much more waste?

One of two research locations between Greenland and Svalbard reached a “mean annual litter density,” or ALD, of 6,566 items per square kilometre in 2014, or slightly less than the 6,620 per sq. km. average for an area of the seabed near Lisbon—capital of Portugal—with a population well over half a million.

Those figures are a projected average, using an algorithm agreed upon by the academic community—actually there are only 89 pieces of trash catalogued in 7,058 photos taken across about 28,161 square metres.

But when compared with ship activity in the region, the data showed “significant positive correlations” between trash density and ship counts, according to the report.

“The increase in tourism and fishing vessel sightings west off Svalbard showed the strongest increase among maritime traffic information,” the report notes, adding that rough counts by coast guard vessels of ships in the area more than doubled between 2002 and 2014, from 47 sightings to 102.

Thin ice can then deposit trash across the High Arctic when it melts in the summer, the report speculated.

“The receding sea ice coverage associated with global change has opened hitherto largely inaccessible environments to humans and the impacts of tourism, industrial activities including shipping and fisheries, all of which are potential sources of marine litter,” the report says.

Some of the items documented in the study include rope, fabric, glass, cardboard, pottery, timber and plastic.

And the trash isn’t just for decoration: 50 of the 89 catalogued trash items were interacting with organisms on the seafloor, such as sponges, stalked sea lilies, anemone and shrimp.

If that’s the case, then more seafloor trash is a trend Nunavut may have to look forward to in the coming years as the Arctic’s yearly sea ice extents continue to shrink and more ships routinely navigate through the Northwest Passage.

As Nunavut continues to develop regulations for its growing tourism industry, more ships—such as the record setting 1,000-passenger Crystal Serenity cruise ship—have navigated through the passage each year.

And most of those ships will be passing through Lancaster Sound, between Baffin Island and Devon Island, at some point in their journeys, potentially impacting a major marine polynya that was at the centre of a series of relinquished oil permits by Shell Canada last summer.

“Our findings indicate that the Arctic faces a pollution problem and that it is spreading in the North,” the report said.

“Considering the importance of the Arctic region for global climate and ecosystem health, identifying the changes in [human caused] stress and its direct or indirect sources provide future information for future projections to regulate human activities.”