But Nunavut government’s Health Department says there is “no concern” 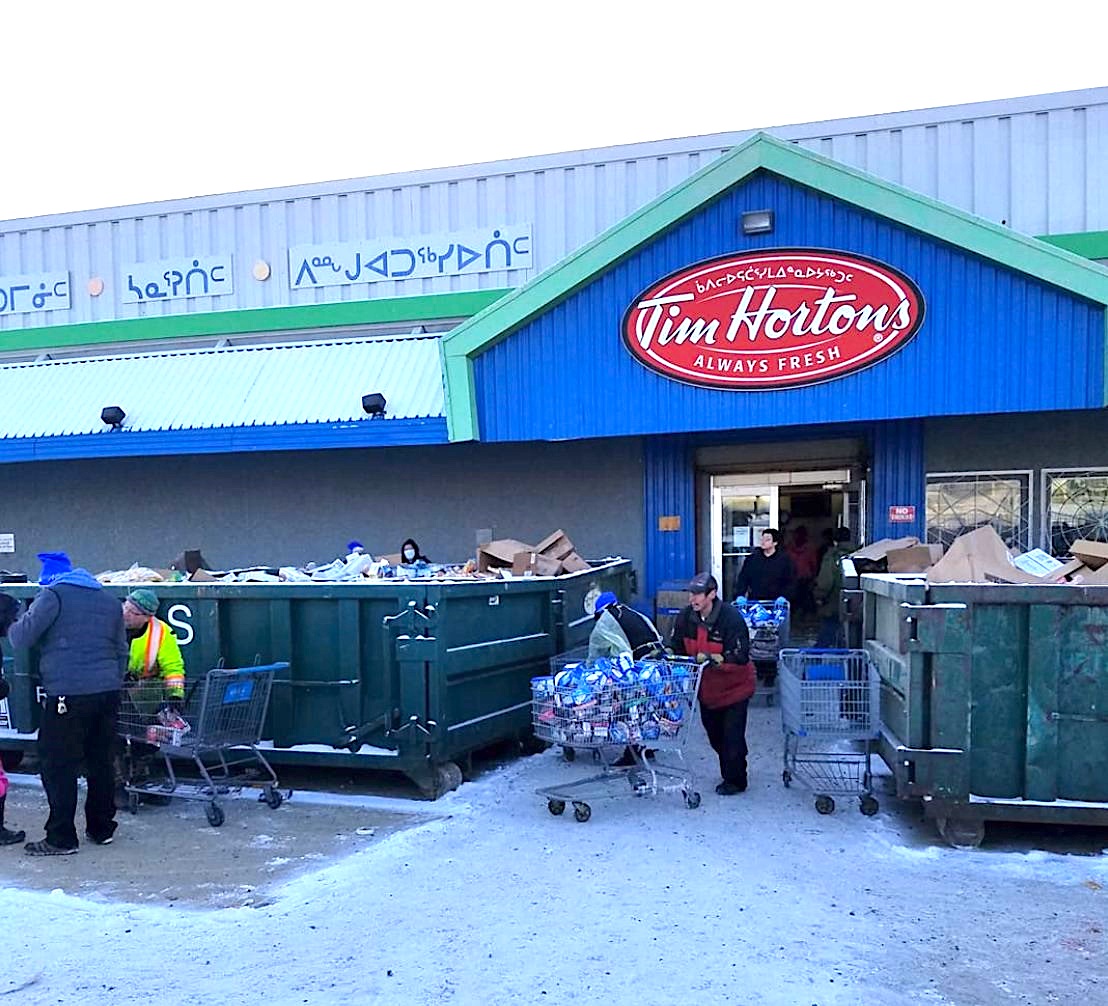 People empty damaged and contaminated stock from inside Iqaluit’s Northmart store in Iqaluit on Nov. 10. While the Nov. 8 fire completely destroyed its adjacent warehouse, the store sustained major smoke and water damage inside. (PHOTO BY JOANASIE AKUMALIK)

While the tally is not yet in on the financial losses caused by last Thursday’s Northmart fire in Iqaluit, there is another impact from the blaze that no one has yet accounted for, either: its long-term impact on human health and the environment.

As the long, dark plume of smoke drifted towards the Iqaluit airport and later could be smelled as far away as Tundra Ridge in the other direction, it would have shed fine, sooty particles containing toxic chemicals.

A typical structure fire may generate tens of thousands of toxic chemicals and gasses, according to Sean Scott, a restoration contractor turned smoke expert in California, now beset by its worst wildfire ever.

These include chemicals and gases released by the burning of plastic, foam, carpet, wood, synthetic fabrics, wool, electronics and household chemicals—all of which would have been found inside the Northmart warehouse.

Those particles and residues that stick around after the flames are out can be lethal, Scott said.

“We’re talking about the most dangerous chemical mix,” he said in a telephone interview.

It’s like a “toxic soup,” he said, with some of the compounds similar to those as chemical weapons during World War I.

However, Nunavut’s Health Department said that “there is no concern” about any contamination from the Nov. 8 fire.

“The fire was a building structure fire and did not involve any large quantities of hazardous chemicals,” the department said in a Nov. 13 statement.

“The fire would typically produce a variety of hazardous gases and large particulate matter. The prevailing winds during the fire blew towards the northwest away from town. Now that the fire is out, no gases are being produced.

“Any particulates would have been blown away or have settled out as was noted during the site investigation and particulates were noted as having settled out,” the statement from the department said.

But Scott still had some cautionary advice for the cleanup now underway in and around the Northmart store.

“It needs to be treated like a hazardous waste site and everyone should be wearing protection, even for breathing,” he said.

Scott’s recommended precautions include outer coveralls such as Tyvek suits, a fit-tested respirator with P-100 type filters designed for vapours or a supplied air or powered air-purifying respirator, gloves and boots.

Judging from a photo from the scene of the cleanup operation over the weekend, it does not appear these precautions are being taken.

Tim Smith, director of pharmacy operations at the pharmacy, located inside the portion of the store that did not burn down, told Nunatsiaq News that his staff has been cleaning and “working continuously to help get the pharmacy running again.”

The plan is to keep the pharmacy in its former location.

Smith said that “there is no contamination risk to either the public or staff related to the fire.”

“We are completely replacing our drug and supply inventory to ensure that Nunavummiut can feel confident in the medications they receive,” he said.

That may not be enough, according to Scott, who said that there’s a global reluctance to think about unseen dangers from contamination when the fire is out.

But if you touch particulates these take only 26 seconds to absorb through your skin.

In a paper on toxic smoke particulates, Scott said that contaminants from structure fires can cause severe injury and even death. These impacts can take days or months or years to show up.

Those at the greatest risk of injury are infants and children, the elderly, and those with weakened respiratory systems or cardiac ailments, he said.

“Relying on these methods alone will most likely leave occupants exposed to the hazards associated with toxic particulate exposure and odor reoccurrence” is his advice.

Toxic smoke particulate matter must be “properly remediated” before anyone goes back to live or work in or around the affected areas.

Scott said the area now burning in California, where many homes and businesses have burned, will be contaminated for years.