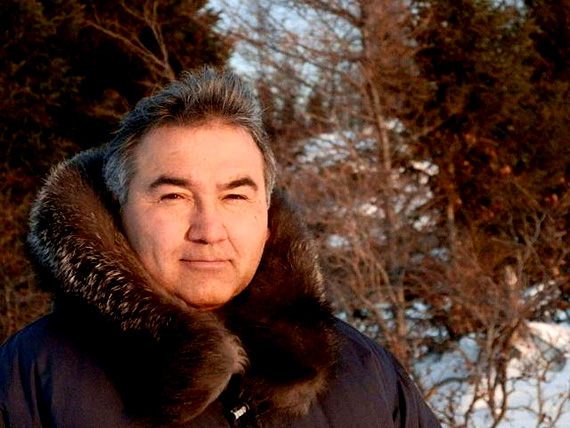 Makivik President Jobie Tukkiapik has been trying for months to persuade Ottawa to live up to its obligation under the James Bay and Northern Quebec Agreement by paying for more housing in Nunavik. (FILE PHOTO)

A group of Quebec-based researchers, including several from the Centre for Studies on Human Stresses in Montreal, have proven what many Inuit leaders have said for years: overcrowding makes people sick from stress.

In a study called “Household crowding is associated with higher allostatic load among the Inuit,” published Jan. 2 in the Journal of Epidemiology and Community Health, researchers found that overcrowding causes serious wear and tear on the body’s major systems: heart, lungs, nerves, immunity and metabolism.

“Our study shows that housing conditions are an important determinant of Inuit health, and a marker of health inequalities among this population. Specifically, household size and overcrowding are believed to be a source of chronic stress that threatens the health and well-being of Inuit women and men,” the study says.

Allostasis means the process by which the human body responds to stressors.

Stress increases heart rate and blood pressure, for example, causing different chemicals to be released into the blood stream — and that can have bad effects on the body’s other systems.

They discovered that people living in overcrowded homes, regardless of household income, had more of these physiological indicators.

“Living in an overcrowded house can limit the control one has over domestic situations, reduce privacy, potentially create undesirable social interactions and influence parenting behaviours,” the study says. “Lack of control within the home environment can, in turn, act as a stressor.”

This lack of control in the household seems to affect women in particular, the study explains, as women’s roles are still tied to domestic labour and child-rearing.

Low control is a strong predictor of anxiety, depression and heart disease among women, the study says.

But it also affects men through “household demand overload.”

“The pressure of providing to a large household including several children, may lead to increased stress levels,” the study said.

While the study’s conclusion probably comes as no surprise to Inuit in Nunavik and other places where overcrowding is a problem, such as Nunavut, the method of measuring the damage is new.

“To the best of our knowledge, this is one of a few studies applying the [allostatic] model to aboriginal populations, despite clear recognition that stress is a key health determinant for this group,” the study says.

Nunavimmiut suffer the highest rates of overcrowding in the country: 68 per cent of the Inuit population live in overcrowded houses.

When the UN’s special rapporteur on the rights of indigenous peoples visited Canada in fall 2013, Inuit told him that despite a list of serious social challenges, the greatest need among Inuit is access to housing.

Inuit Tapiriit Kanatami and many other groups, Inuit and non-Inuit, have blamed overcrowding for everything from high tuberculosis rates to poor school performance and attendance.

For months, Makivik Corp. has pursued the federal government to pay for a long-sought catch-up program to relieve overcrowding in Nunavik and provide new housing, something they say Ottawa is obligated to do under the James Bay and Northern Quebec Agreement.

After the Conservative government’s throne speech in October 2014 made no mention of money for Nunavik housing, Makivik issued a statement questioning Ottawa’s legal obligation under the JBNQA.

“How can Inuit children possibly grow and thrive in such an unhealthy home environment?” it said. “Canada’s continued refusal to address the housing crisis can only be described as bad faith.”

This study, which shows that overcrowding causes stress and that cumulative stress causes serious and varying damage to the body, adds yet more fuel for the fire.