“We are excited to welcome Kitnuna Pharmacy into our banner” 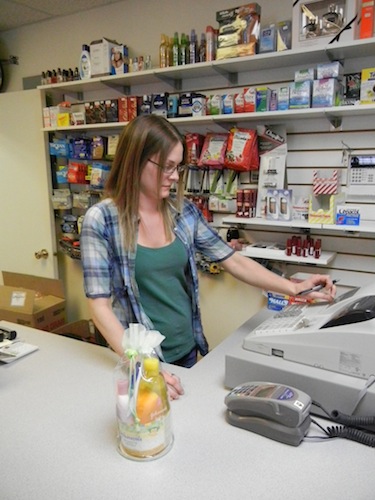 The Kitnuna Pharmacy, recently bought by the North West Company, will soon be moving out of the co-op store building into a new, larger location. (FILE PHOTO)

Earlier this week the North West Company, which owns the Northern and Northmart stores scattered across northern Canada, announced it has acquired the Kitnuna Pharmacy in Cambridge Bay.

With this addition, North West now operates 17 community pharmacies—five of which are in Nunavut.

Previously, Kitnuna was owned by the Kitikmeot Corp., the business development branch of the Kitikmeot Inuit Association, in a joint venture with Super Thrifty Pharmacy.

“We are excited to welcome Kitnuna Pharmacy into our banner,” Tim Smith, the company’s director of pharmacy operations, said in the release.

“The strong history Kitnuna Pharmacy has in the Kitikmeot, combined with North West’s reputation for delivering innovative, quality services to help people live better is an ideal fit.”

Smith told Nunatsiaq News that the transition to the new space, a modular unit that arrived recently in Cambridge Bay, will be “seamless.”

The new building will be located near the Northern store.

The pharmacy will retain its current staff, including its dispensary lead, Amy Strang, and the Kitnuna name. The pharmacy’s phone and fax numbers will remain unchanged.