The shape of water: Iqaluit’s Lake Geraldine is nearly full 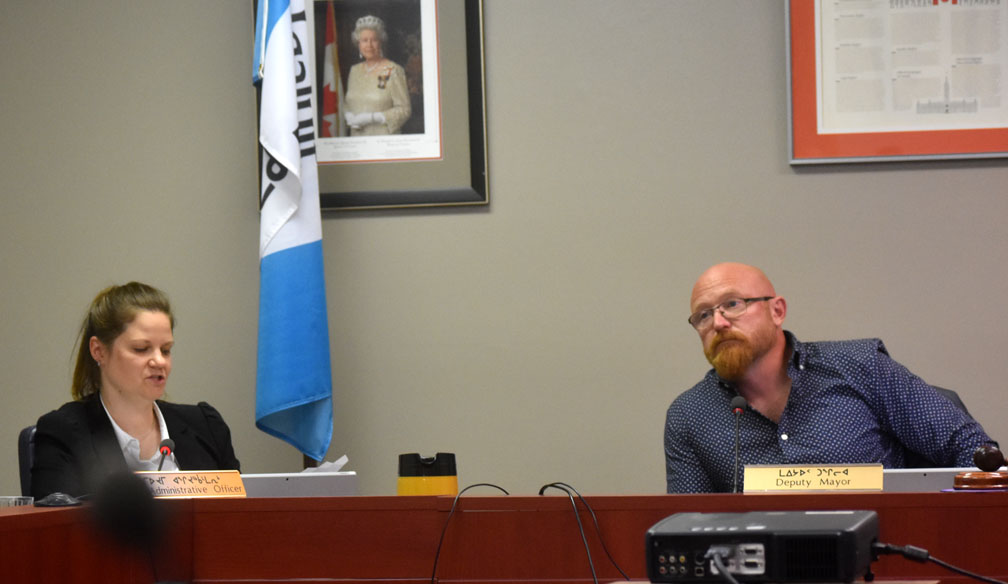 If everything goes according to plan and Iqaluit receives enough rain, the city’s water reservoir, Lake Geraldine, is on track to reach its minimum goal before winter freeze-up, says the city’s acting chief administrative officer, Amy Elgersma.

The reservoir’s water level reached 111.15 metres on Monday, Sept. 10. Two weeks ago, the city said a level of 111.3 metres would be enough to ensure there’s enough to last all winter.

And there are about 50,000 cubic metres of space available right now, Elgersma said during a city council meeting on Tuesday, Sept. 11.

“If adequate precipitation continues, then pumping will be reduced. The city expects the reservoir to be full by the end of the month,” she said.

On Tuesday night, Elgersma updated city councillors on the pumping and water conservation efforts the city’s task force began planning for on July 24.

The task force is made up of officials from the city, the Government of Nunavut and the federal government.

On July 27, the GN’s chief medical officer of health, Kim Barker, warned that low levels of water at the reservoir could lead to a potential “health emergency” next spring.

That’s because Lake Geraldine stops collecting water after ice forms and can’t be replenished until after the spring melt brings fresh runoff water into the reservoir.

This came after Coun. Joanasie Akumalik said the city had known of this issue for years but had neglected to act on it.

Researchers have said that Iqaluit’s water supply would likely run out within 10 to 15 years if no action is taken.

This study cited climate change as a contributing factor, but when compounded with the city’s leaking pipes, increasing water demand, as well as a low-precipitation year, the Iqaluit water reservoir was shrinking until the city acted on it last month.

The city issued a public service announcement asking that people be mindful of their water use by opting for showers rather than baths and by not washing vehicles.

The Iqaluit public works department started supplemental pumping on Aug. 19, directing water from the Apex River to Lake Geraldine to fill the reservoir to the level needed to meet the city demands.

Also, the city began maintenance repairs on the high-priority leaking pipes on Aug. 27, which have resulted in multiple public service announcements about service interruptions, Elgersma said.

“Nine high-priority leaks have been repaired as of Sept. 6. The remainder are expected to be complete by Sept. 14,” Elgersma said.

A report on the investigation into utilidor bleeds will be developed and released, she said.

Another report will be released by the end of September on high-volume water users in Iqaluit and the steps they can take to reduce it.

The total amount of water pumped from the Apex River to Lake Geraldine to date is 155,000 cubic metres.

The last update from the water task force came on Aug. 28 at the last city council meeting, where council voted to pay a total of $860,000 in order to take ownership of a large reverse osmosis filter that the Government of Nunavut had previously owned.

The device turns seawater into fresh water. Since being used in Arviat years ago, the machine has been stored in Alberta.

Elgersma said the city has learned the machine will need extra repairs to get it fully functioning if the city does need to use it.

Fact sheet on Iqaluit water... by on Scribd