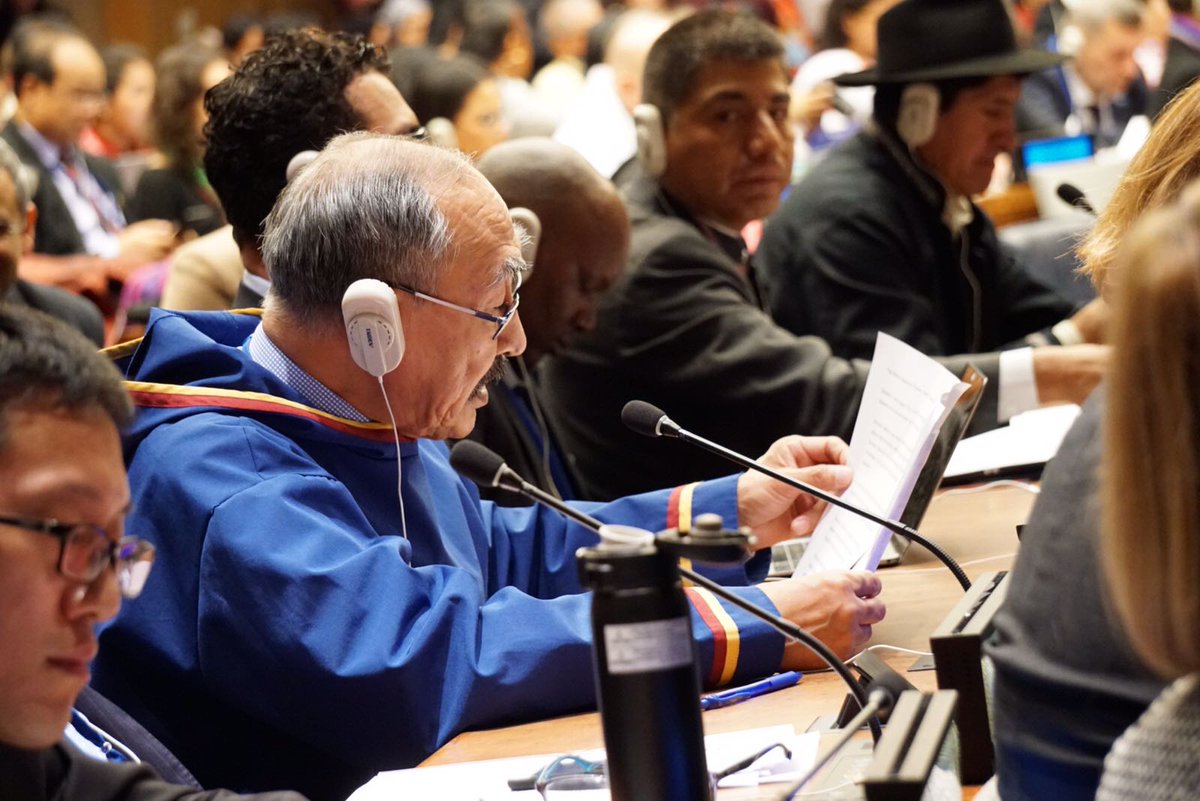 Nunavut Premier Paul Quassa participates in an April 17 discussion on the theme of Indigenous peoples’ collective rights to lands, territories and natural resources at the UN Permanent Forum on Indigenous Issues at the UN headquarters in New York City. (PHOTO COURTESY OF THE GOV. OF CANADA) 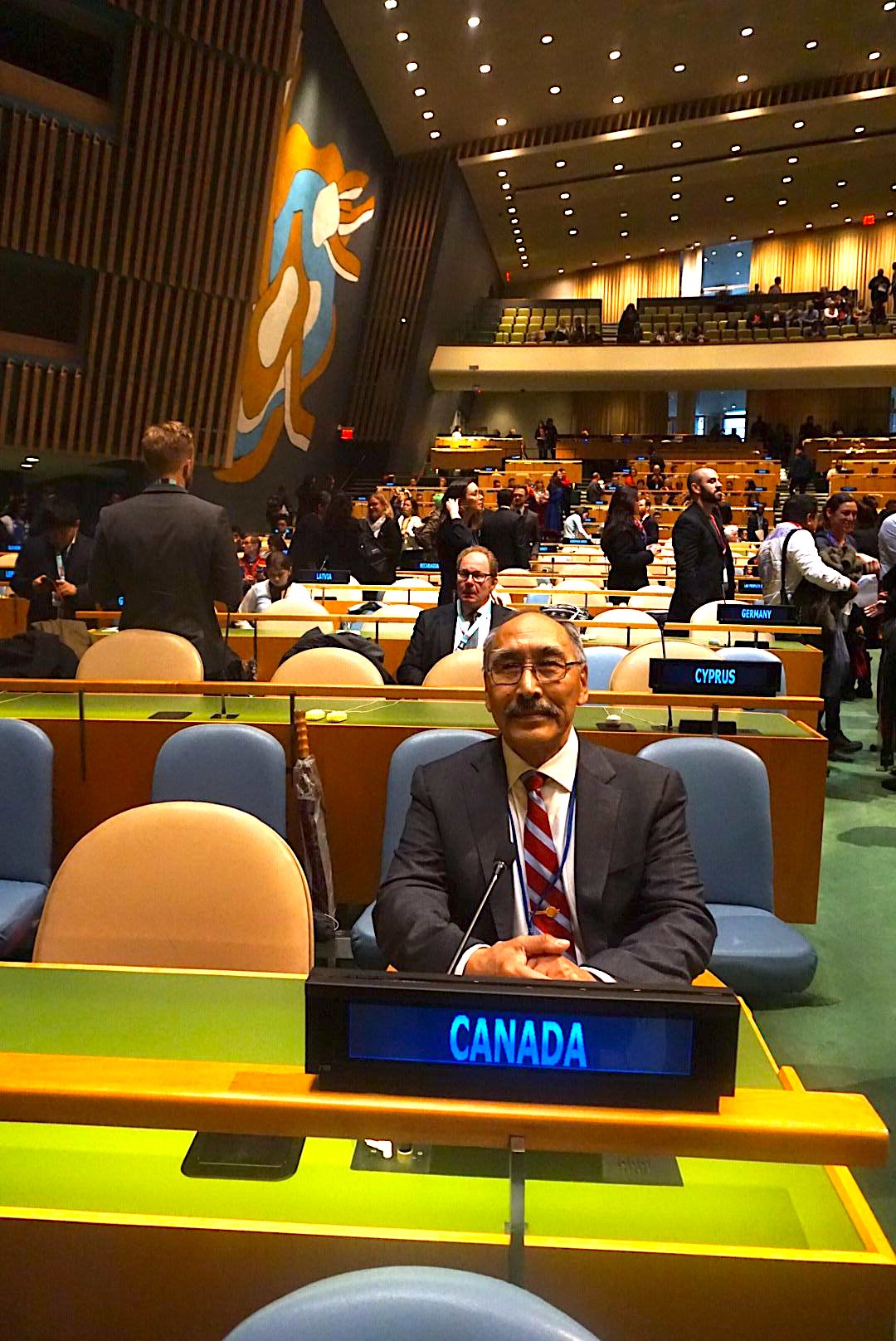 As a member of the official Canadian delegation, Nunavut Premier Paul Quassa joined more than 1,000 Indigenous participants and government delegates from around the world at United Nations Headquarters in New York Monday morning for the opening session of the 17th United Nations Permanent Forum on Indigenous Issues.

This year’s session, which runs until April 27, is focused on Indigenous peoples’ collective rights to lands, territories and natural resources.

But Monday morning’s opening ceremony started off with a bang, as Bolivia’s president, Evo Morales, called in his address for the word “issues” in the name of the United Nations Permanent Forum on Indigenous Issues to be removed and replaced by “peoples” or “rights.”

That’s because Indigenous peoples are not “issues,” he said.

For 500 years the Indigenous people of America have waged a resistance campaign to defend their dignity and identity, he said: “We are all descendants of Mother Earth, so we are all brothers and sisters.”

Over the next two weeks, those at the permanent forum will discuss the upcoming International Year of Indigenous Languages in 2019, the 2030 Agenda for Sustainable Development and the rights of Indigenous women and children.

More than 100 side events are also scheduled to take place during the session, organized by Indigenous peoples’ organizations, UN member states, UN entities, intergovernmental organizations, NGOs and other stakeholders. One such event, hosted by Canada on Monday afternoon, was called “Continuing the Conversation on Indigenous Participation.”

During this Monday event, Carolyn Bennett, Canada’s minister of Crown-Indigenous relations and northern affairs, said that she was disappointed that the UN general assembly has not yet decided to include a guarantee for Indigenous representation.

“We see this as an opportunity for discussion,” she said during a panel discussion, streamed online, which included, among others, Canadian First Nations leader Edward John.

Indigenous peoples often are relegated to the bleachers—even during such events as the opening of the forum where government delegates sat on the floor of the assembly, John said.

On Monday, Bennett and Indigenous Services Minister Jane Philpott ceded their time to allow John to speak on his call in the plenary session for more Indigenous participation at the UN and for Natan Obed, president of Inuit Tapiriit Kanatami, to talk about the need for tuberculosis elimination.

The Permanent Forum on Indigenous Issues was established by the UN Economic and Social Council in 2000 as the global platform for dialogue, cooperation and concrete action on indigenous peoples, with the UN Declaration on the Rights of Indigenous Peoples as the fundamental framework.

As for Canada’s federal Liberal government, Justice Minister Jody Wilson-Raybould has said it will support a private member’s bill to implement the UN Declaration on the Rights of Indigenous People, which recognizes the basic human rights of Indigenous peoples, including their right to self-determination, lands and languages.

That bill has now received second reading and been referred to committee in the House of Commons.

More information on the 17th session of the UN Permanent Forum on Indigenous Issues can be found here.