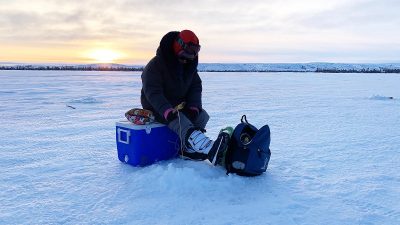 Alasie Kenuajuak Hickey sits on her cooler while ice fishing at Tasirlak Lake near Kuujjuaq on Nov. 15. Malaya Qaunirq Chapman says that Hickey is “relaxed and zen like, doing what she absolutely loves,” when she’s ice fishing. “She and her family spend as much time as possible outdoors, spending time and making memories.” (Photo by Malaya Qaunirq Chapman) 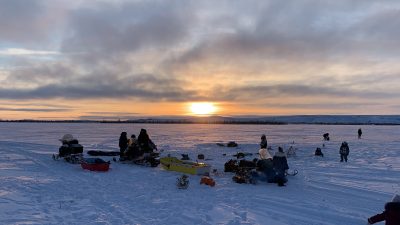 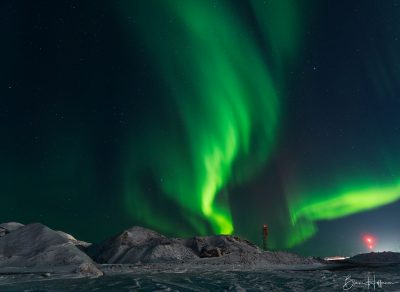 Blaine Heffernan captured this image of the northern lights above Iqaluit’s causeway around 8 p.m. on Nov. 19. “It was -17 with a -20 something windchill. The lights were definitely putting on an amazing performance!” he writes. (Photo by Blaine Heffernan) 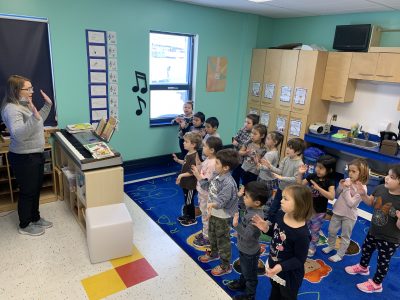 Students at Kuujjuaq’s Pitakallak Elementary School get into the Christmas spirit as they practise singing Jingle Bells with their teacher, Jenna Aitken, on Nov. 13. (Photo by Malaya Qaunirq Chapman) 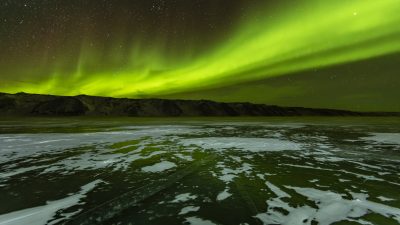 The northern lights set the sky ablaze above the frozen Coppermine River on Nov. 13 near Kugluktuk. (Photo by Mathieu Dumond / Umingmak Productions Inc.) 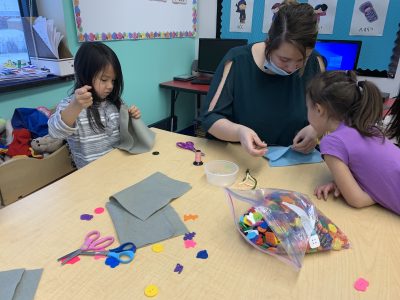 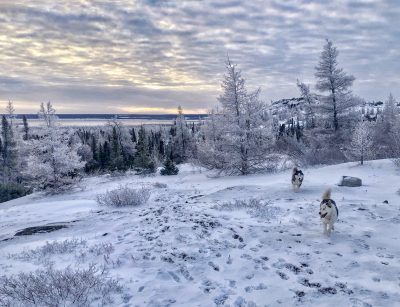 Isabelle Dubois of Kuujjuaq woke up to this snowy scene on Nov. 8 after spending the night at her cabin with her Siberian huskies, Sarila and Balto Jr. (Photo by Isabelle Dubois) 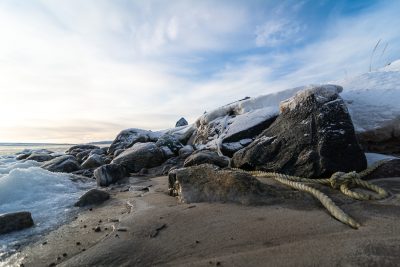 Sylvain Paradis of Inukjuak took this photo of ice beginning to form on the banks of the river on Nov. 7. (Photo by Sylvain Paradis) 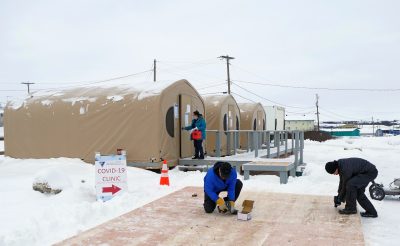 A work crew prepares a platform to set up a new tent outside of the Tulattavik health centre in Kuujjuaq on Friday, Nov. 13. The heated tents are being used by health care workers to give flu vaccinations and to administer COVID-19 tests. (Photo by Allen Gordon) 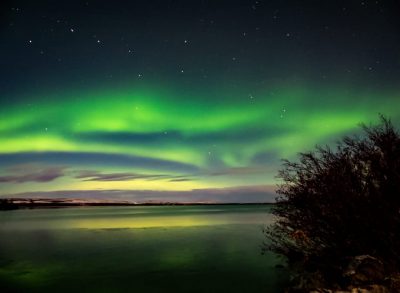 The northern lights glow above a freshly frozen Stewart Lake near Kuujjuaq around 8 p.m. on Oct. 26. (Photo by Maxence Chavanne) 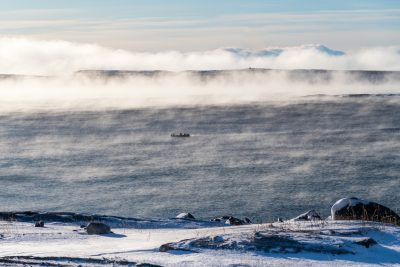 A boat makes its way through the frigid waters off Inukjuak on Monday, Nov. 2, shrouded in fog created by a cold snap that saw temperatures drop to -17 C. (Photo by Sylvain Paradis) 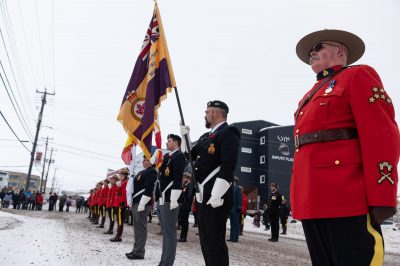 More than 100 Iqalungmiut gathered around the cenotaph in front of the Iqaluit branch of the Royal Canadian Legion for a brief, socially distanced outdoor Remembrance Day ceremony on Wednesday, Nov. 11. The annual ceremony, which is often held in the cadet hall, was moved due to pandemic precautions. (Photo by Dustin Patar) 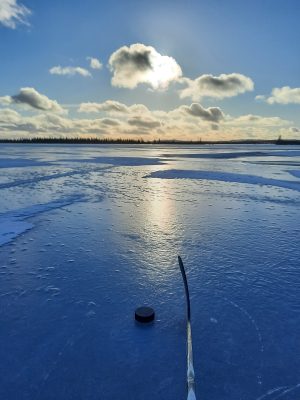 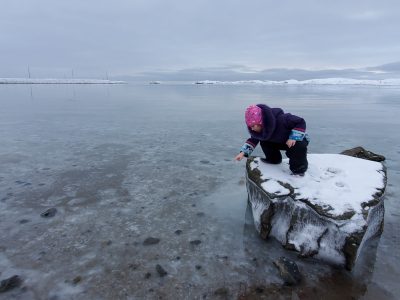 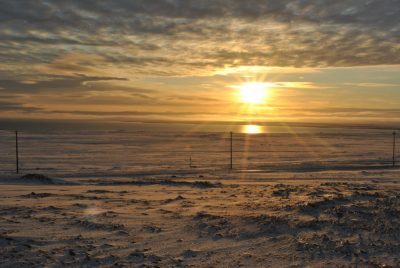 Richard Dwyer of Gjoa Haven took this photo of the setting sun over the ocean, which remains unfrozen for now, on Oct. 17, just after 4 p.m. (Photo by Richard Dwyer) 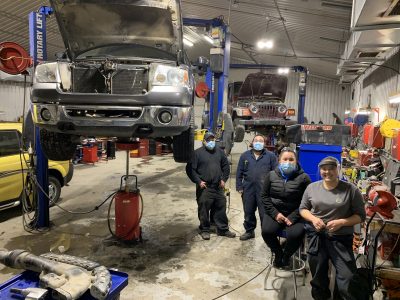 Members of the Kativik School Board’s auto mechanics program are seen in the shop on Thursday, Oct. 29. From left: teacher Mike McRae and students Lance May, Jana Peragumskum and Leanna Angatuk. There is a total of six students in the program. (Photo by Malaya Qaunirq Chapman) 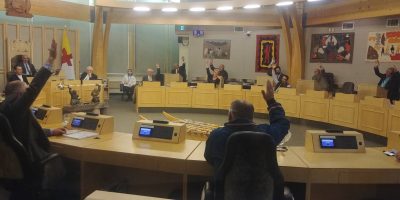 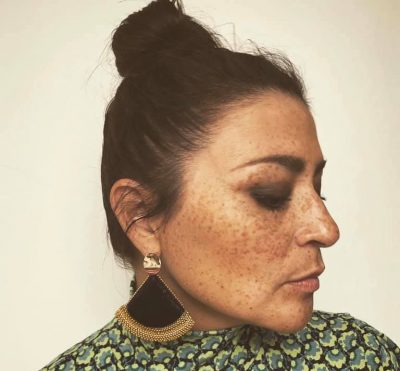 Elisapie, the Nunavik singer and songwriter, received the Indigenous Artist of the Year award from Québec’s music industry association on Nov. 1. “Very proud of this beautiful award, ‘Indigenous Artist of the Year,’ given to me by the great Kent Nagano and my favorite person, the very great Florant Vollant. This award seems more important than ever to me,” Elisapie said on social media. (Photo courtesy of Elisapie/Facebook) 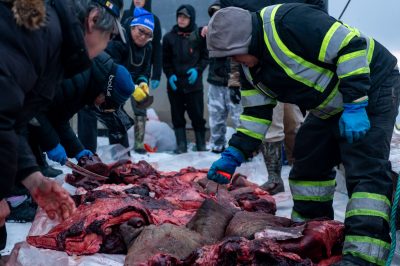 A crowd of Iqaluit residents gathered on the breakwater on Oct. 28 for the sixth annual delivery of walrus harvested and delivered by Tom Whittle and the crew of the Black Jet. This year, the hunt lasted for four days and resulted in 10 walrus being harvested. Each year, Whittle and a group of fellow hunters head about 150 to 200 kilometres southeast of Iqaluit for their hunt. The crew typically consists of the same five or six hunters, who then bring along four or five new hunters to teach the tradition to. Whittle says one of the biggest rewards of the trip is being able to teach the younger generation, and getting to see the smiles on people’s faces when they get the meat. (Photo by Dustin Patar) 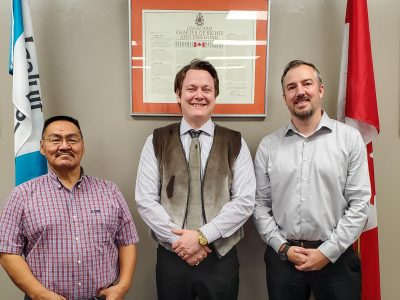 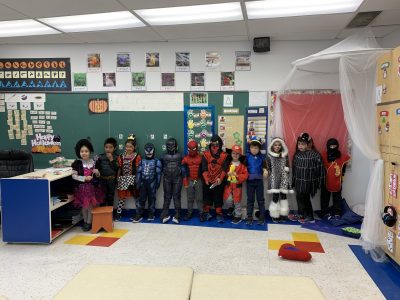 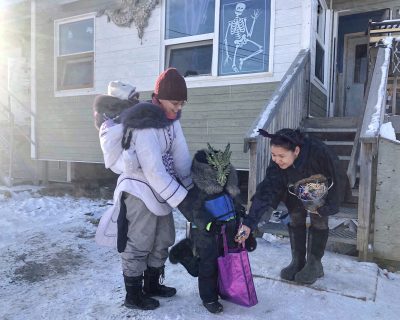 Julie-Ann Tuglavina and her children receive candies from Rosena Imak in Kujjuaq when trick-or-treating on Saturday, Oct. 31. (Photo by Isabelle Dubois) 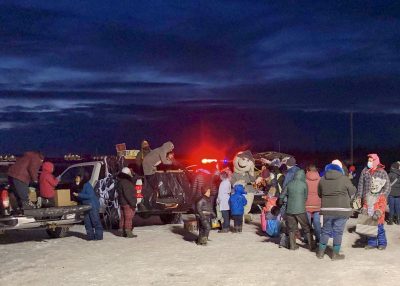 On Friday, Oct. 30, from 5 to 7 p.m., the Northern Village of Kuujjuaq’s Recreation Department held a “trunk-or-treat” event in the parking lot of the Katittavik Town Hall, inviting kids, who were already in their costumes from celebrating Halloween at daycare and school, to trick-or-treat from one decorated truck’s trunk to another. (Photo by Isabelle Dubois) 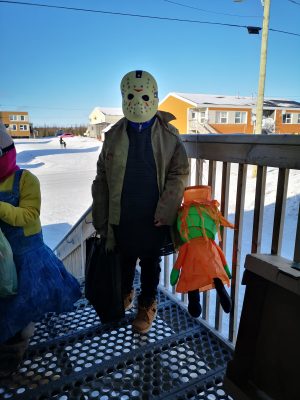 Behind Jason’s goalie mask is seven-year-old Jase Pilurtuut, scaring the neighbours while trick-or-treating this Halloween in Kuujjuaq. (Photo by Ida Saunders)