The purpose of this policy is to provide our readers with comfortable places to express their opinions and to encourage the intelligent, lively discussion of issues raised in our news stories, commentaries, editorials and letters.

We’ll continue to allow readers to post anonymous comments under pseudonyms. In doing so, however, we will not tolerate abuse or malice of any kind.

However, we do find that many readers from small communities in Nunavut and Nunavik still feel they need to keep their identities private when sharing information or expressing opinions.

The most common reason is fear of retribution from employers, politicians and community leaders. That said, we will not allow anyone to use anonymity as a shield for offensive behaviour.

Readers should be aware that there is no real anonymity on the internet. You leave traces of your identity on every web site that you visit, including ours.

In the past, we have dealt with repeat abusers by banning their IP numbers. But from now on, we will deal with such people by restricting them to read-only status.

If we take such action against you, this means we will allow you to read our stories, editorials and commentaries, but we will not allow you to post comments.

All such decisions are final. Because the volume of comments we receive is so large, we do not have the time to debate or discuss such decisions.

We understand that our comment boards are a source of free entertainment and information for many readers. We hope readers understand that it is Nunatsiaq News that pays for this service and bears all the risk. For that reason, we reserve the right to delete any comment or ban any commenter at any time.

We expect that some readers may not like some or all of these restrictions.

But we do not consider them to be an infringement of the right to freedom of speech.

The internet contains an infinite number of free spaces — Facebook, Twitter and other social media, as well as numerous blogging and website platforms. If you find that our guidelines are too restrictive, you’re free to go elsewhere.

In creating these guidelines, we relied heavily on guidelines used by the Guardian, the New York Times and the Globe and Mail. We also relied heavily on a report released in 2013 by the World Editors Forum entitled “Online comment moderation: emerging best practices.”

How we’ll moderate your comments 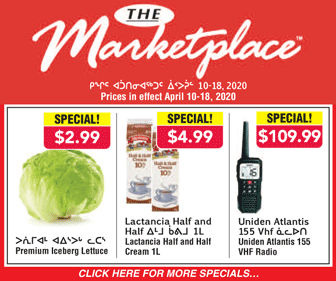