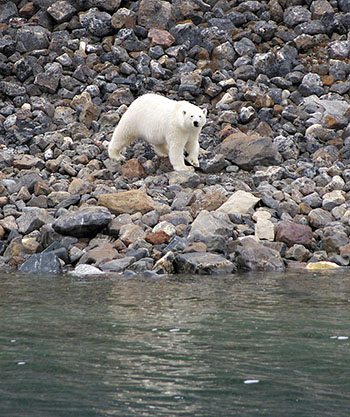 A U.S. court has upheld a decision to protect polar bears as a threatened species under the American Endangered Species Act. (FILE PHOTO)

A U.S. court has upheld a decision to protect polar bears as a “threatened” species under the American Endangered Species Act.

In the June 30 decision, U.S. district judge Emmet Sullivan ruled in favour of a U.S. Fish and Wildlife service’s 2008 decision to protect the bear because of the melting sea ice and its impact on the animal’s survival.

The ruling dismisses challenges by the state of Alaska and other groups who tried to strip the bear of its protection.

But the judge also struck down environmental groups’ arguments that the U.S. government did not go far enough in protecting polar bears as an endangered species.

Sullivan said the arguments boiled down to competing views on policy and science.

The American Center for Biological Diversity, who intervened in the case, initially helped put the polar bear on the Endangered Species list when the center filed litigation in 2005, alongside Greenpeace and the Natural Resources Defence Council.

“This [ruling] is an important affirmation that the science demonstrating that global warming is pushing the bear toward extinction simply cannot be denied,” said the center’s director Kassie Sigel in a release.

But she is still disappointed the polar bear will not receive a more protective status as “endangered,” arguing that the status is critical to the bear’s long-term survival.

The polar bear was the first species added to the Endangered Species Act list due to the threat of climate change.

The main difference between a threatened or endangered species is that the U.S. Fish and Wildlife service can issue special rules reducing the protection of a threatened species.

The intervenors in the case have argued that the rapid melting of the sea ice could wipe out two-thirds of the world’s polar bear population in the next 40 years.