More power to Arctic people and to the Arctic Council: think tank 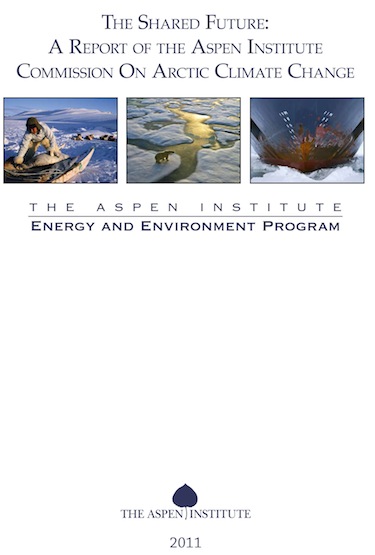 The Aspen Institute’s 82-page April 11 report adds another call for change to the Arctic Council.

Expect to hear increasingly loud calls for changes at the Arctic Council with only a month left before top circumpolar foreign ministers, including the U.S. secretary of state, Hillary Clinton, gather May 12 in Nuuk for an Arctic Council ministerial meeting.

A revamp of the Arctic Council is just what this organization needs to tackle in Nuuk, suggests an American think-tank, the Aspen Institute, which today released a report from its Arctic climate change commission.

The Aspen Institute’s commission, like several other groups, says the Arctic Council needs a full-time secretariat and enough money to produce “strong results from its working groups.”

Since its founding in 1996, the Arctic Council has served mainly as a high-level forum to advance circumpolar co-operation, protect the Arctic environment, and promote the economic, social and cultural wellbeing of its members.

But the Arctic Council has shied away from security issues.

Now, the Arctic Council’s mandate should also be expanded to include discussions of environmental security, says the Aspen Institute’s commission — something that the U.S. has opposed in the past.

There should also be a greater role for indigenous peoples “in all future deliberations on Arctic governance,” say the commission’s members, who include former Inuit Circumpolar Council chairperson Sheila-Watt Cloutier.

As well, each nation on the Arctic Council should name an Ambassador for Circumpolar Affairs — a post that Canada left empty after 2006 when it decided not to name a successor to Jack Anawak, who held the position for two and a half years after Mary Simon.

In the future, non-Arctic states, like the European Union, should also be permitted to participate in the council as permanent observers, say the commission’s members.

They also want Arctic governments to call a special diplomatic conference in 2012, with participation by indigenous peoples and the eight circumpolar nations, to establish a timetable for designing and implementing the recommendations of its Arctic climate change commission.

That report calls for the establishment of an “Arctic marine conservation and sustainable development plan.”

This plan would look at various ecosystems in the Arctic Ocean, and ignore traditional, national boundaries, to promote “an ethic of stewardship and multinational use of best management practices.”

“It should consider the specific challenges presented by new and expanding economic development of the Arctic in the areas of fisheries; oil, gas and minerals extraction; shipping and tourism; and bio-prospecting. It should lay the groundwork for agreements and standards that foster uniform, international cooperation in regulating these expanding economic activities in a sustainable manner,” suggests the Aspen Institute’s commission report.

The commission members also want to see a revamp of the the University of the Arctic, launched in 2001.

Since then, the University of the Arctic has evolved into a virtual network, with less focus on direct community development and more on providing post-secondary educational courses through a network of partner institutions, their report says.

“The university’s original charter should be re-examined with a view toward how it can better support participation by Indigenous Peoples in Arctic governance,” it suggests.

Reforms might also aim to create a “bricks and mortar” higher educational system in northern communities, an idea which already has some momentum in northern Canada.