Study: 70 per cent of Nunavut is food insecure 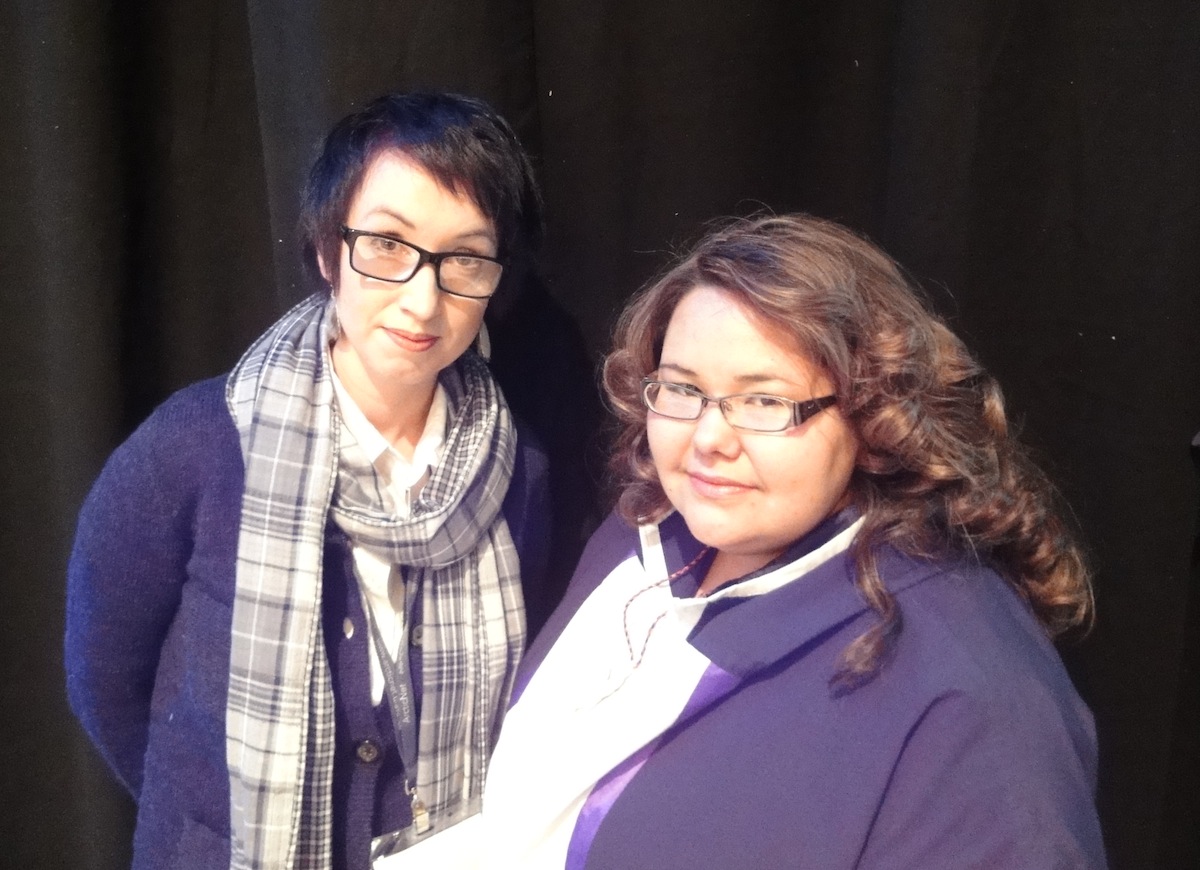 Sharon Edmonds-Potvin of Nunavut Tunngavik Inc. and Crystal Lennie of the Inuvialuit Regional Corp. discuss some of the findings of the Inuit Health Survey at the ArcticNet conference in Ottawa. (PHOTO BY JANE GEORGE)

Some of the information presented at the conference on the results of the 2007 Inuit health survey, which have not been widely publicized in Nunavut, point to the dire state of nutrition in the territory.

In Nunavut, where 1,268 Inuit households were surveyed in 2007, food insecurity affects about 70 per cent of households.

That’s the highest level cited in any of Canada’s Inuit regions and nearly double the levels in the Inuvialuit Settlement Region and Nunatsiavut, according to figures presented Dec. 16 by Sharon Edmonds-Potvin of Nunavut Tunngavik Inc. and Crystal Lennie of the Inuvialuit Regional Corp..

This food insecurity means seven households in 10 told interviewers they lacked food at some point in the year prior to the time they were surveyed. The majority of these households had children.

People who suffered from food insecurity were more likely to be on income support and live in crowded houses.

Seven in 10 of less-hungry households had a hunter living in the home.

But lack of food isn’t the only major point highlighted that surfaces from the health survey data: when hungry Nunavummiut eat, they often fill up on fattening sugary foods.

Many suffer from anemia and obesity, which affects about one in three Nunavummiut.

More than half of Nunavut children aged three to five are overweight, a rate 10 times higher than elsewhere in Canada and similar to that found in the poor urban slums of large American cities.

Figures from Nunavik, which were presented by Dr. Eric Dewailly, who led the 2004 Qanuippitaa health survey in Nunavik, don’t tell a much better story.

In Nunavik, there’s less food insecurity in Nunavik — about 24 per cent — but people still aren’t in good shape.

According to information from the Qanuippitaa health survey — which has already been made available to the public and media in a variety of ways, Nunavimmiut lack vitamin D, iron and calcium and eat a diet loaded with transfats, sugar, salt and contaminants.

Dewailly told the conference that some of these problems could be resolved if Inuit ate more food that comes lower on food chain— such as caribou, walrus, birds, mussels and char.

The challenge, according to another researcher at ArcticNet, will be to integrate healthier foods into people’s diet so that these new additions become as “traditional” as foods like tea and bannock have become.

Some researchers are already looking into the impact of climate change on food security, studying the groups of people who might be seen as the most vulnerable to climate change in Inuvik, Arviat, Iqaluit and Kuujjuaq.

Researchers set out to see if users of food banks would be impacted by climate change and become less food secure first, but preliminary results seem to indicate that they are less impacted by changes in the environmental changes because they are reliant on store-bought food.

So the next group to be hit from food insecurity could be the households which now eat better because there’s a hunter at home.