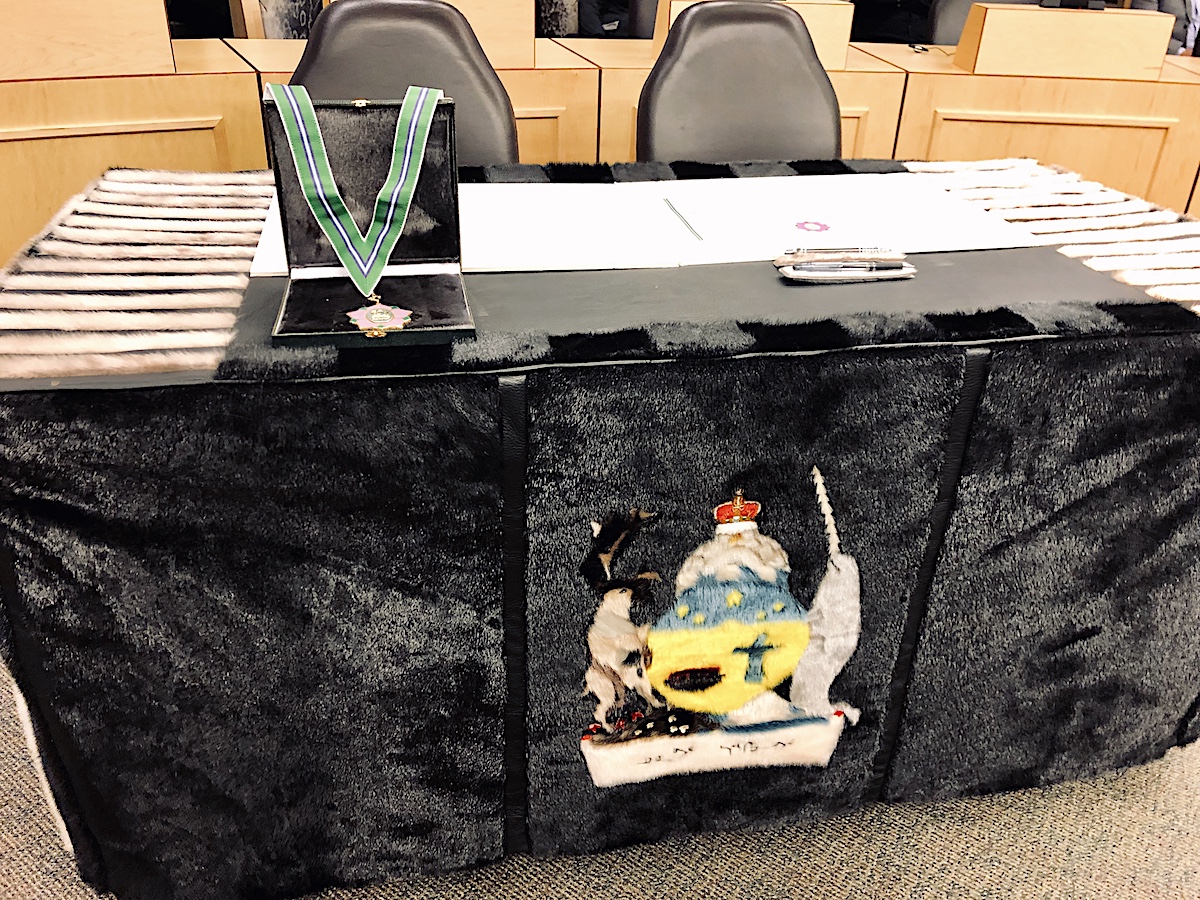 This year’s Order of Nunavut will be awarded to Rankin Inlet residents Maryanne Inuaraq Tattuinee and Dorothy Atuat Tootoo. The pair will have their investiture ceremony during the fall legislature sitting. (File photo by Jane George)

A respected elder and a community volunteer from Rankin Inlet have been appointed to the Order of Nunavut, according to a news release from Tony Akoak, the Speaker of the legislative assembly. It’s the highest honour granted in Nunavut is intended to recognize people who have made outstanding contributions to the territory, the release states.

Maryanne Inuaraq Tattuinee is being recognized for the counselling and guidance she provided to generations of young people, as well as for the aid and comfort that she provided to Inuit receiving treatment for tuberculosis at the Clearwater Lake Sanatorium during the 1950s, the release said.

Tattuinee also participated in the National Inquiry into Missing and Murdered Indigenous Women and Girls.

Dorothy Atuat Tootoo is being recognized for her work in Rankin Inlet, including her role role as a manager with Nunavut Arctic College and her work with the Royal Canadian Army Cadets, the release said.

“This year’s recipients of the Order of Nunavut are inspiring women whose contributions and service have made a profound difference in the lives of countless Nunavummiut,” Akoak said in the release.

Tattuinee and Tootoo’s investiture ceremony is set to take place during the fall legislative assembly session.