But the European Parliament plans to defend its position 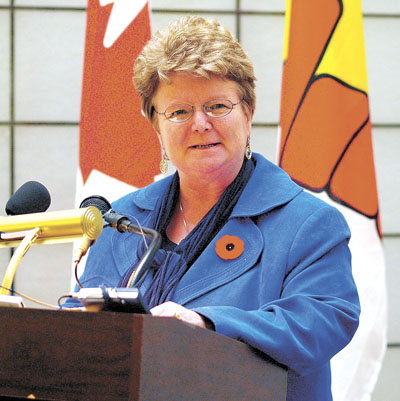 Canada won the right March 25 to have its grievance against the European Union import ban on seal products heard through the World Trade Organization’s dispute settlement system.

Canada had requested the establishment of a WTO panel to examine the seal product ban, which came into effect last year in the EU’s 27-member nations.

“Canada is deeply disappointed that the European Union has ignored its international trade obligations with this measure,” federal fisheries minister Gail Shea March 25. “We have requested the establishment of a World Trade Organization dispute settlement panel to address the matter.”

Canada’s delegation to the WTO said “the facts are that the Canadian seal harvest is lawful, sustainable, strictly regulated and guided by rigorous animal welfare principles,” in a March 25 statement.

Now, a WTO panel of experts will be selected to hear Canada’s case. Panels can take about 15 months to issue a public report and make a decision — but if there’s an appeal, the process could take longer.

This past February, Canada said that it was requesting the establishment of a WTO panel to challenge the EU ban on trade in Canadian seal products.

But the EU blocked this request.

On March 25, Canada submitted a second request. Under WTO rules, this panel had to be automatically established.

On Nov. 2, 2009, Canada first took formal action against the EU’s ban on seal products by requesting WTO consultations, after the European Parliament, dismissing Canada’s argument that the hunt is humane, voted in May 2009 by a margin of 550 to 49 to impose its seal ban.

Since then, several rounds of trade consultations through the trade organization have failed to resolve the dispute.

Norway, another complainant, also moved ahead with its first request for a WTO panel on the EU seal ban.

“Like-minded nations need to form a common front in the face of common challenges,” Shea said earlier this month. “We are proud to have a strong partner like Norway standing with us as we pursue this trade action and as we continue to defend the legitimate economic activities of sealers.”

The WTO also set up a separate panel to hear a much older Canadian grievance about seal product import bans, directed against EU members Belgium and the Netherlands in 2007.

The EU said March 25 it would defend its position.

with files from Postmedia