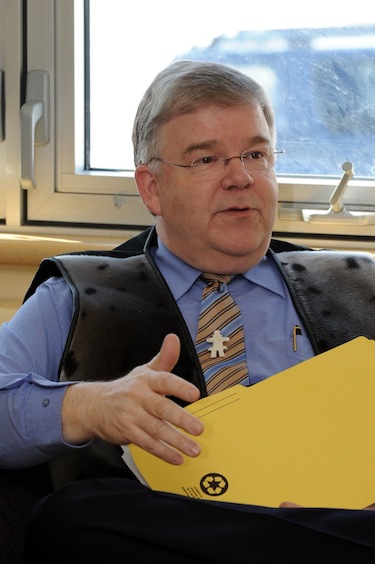 Nunavik residents who want to know what Quebec’s Plan Nord means for their future will have to wait until next year, Pierre Corbeil, Quebec’s native affairs minister in an Oct. 25 interview.

Quebec’s ambitious blueprint to guide the future development of its northern regions was supposed to be released at the end of November.

But the unveiling of Plan Nord has been postponed until “very early” in 2011, Corbeil said.

The decision to postpone the unveiling of Plan Nord was taken Oct. 22 in Kuujjuaq, when representatives from the plan’s 11 working groups held their fifth meeting, Corbeil said.

“Everyone said, ‘we’ve worked hard. We’ve tabled our reports. Let’s give ourselves some more time to see how we can integrate these different measures from one sector to the other. Yes, we want to do things quickly, but we should do them properly.’ So, everyone was in agreement to take several more weeks,” Corbeil said.

Although Corbeil did not list what’s in the long-awaited plan, he did say that Plan Nord would contain a special section on housing for Nunavik.

Of seven priorities for the plan, which were established by Nunavik working groups, finding a solution to the region’s housing crisis ranked as the top concern, he said.

Over the next few weeks, Nunavik organizations and Quebec will continue lobbying Ottawa to pitch in money for a catch-up housing program.

“I think we will be able to deal with some of their concerns, particularly with respect to the home ownership program,” Corbeil said.

The revamped home ownership program, expected to be part of the overall Plan Nord’s housing program, would be an improvement over the previous one because it would also encourage investment in property ownership through co-operatives or private companies.

“All these ideas are on the table now,” Corbeil said.

Other priorities, which will be dealt with in Plan Nord’s sustainable development section, include measures to reduce the cost of living and to improve transportation, education, community development, culture and identity, tourism and food production.

The 25-year Plan Nord would develop action plans for every five-year periods.

As part of the Plan nord, Quebec is promising to exclude all industrial activities — like mines and hydro projects — from 50 per cent of northern Quebec and set aside 12 per cent of the territory as protected areas.

Corbeil said the 50 per cent of Nunavik lands that aren’t protected from industrial development may still be developed for sustainable activities such as tourism or berry gathering.

To date, Quebec hasn’t spelled out exactly where Hydro Quebec may develop new power projects, and dams on the Great Whale, Nastopoka and Payne rivers haven’t been ruled out.

But the Plan Nord isn’t another James Bay and Northern Quebec Agreement, which was negotiated so that Hydro Quebec could finish building the huge La Grande hydroelectric project, Corbeil said.

“The most significant difference is that the plan is based on the needs and the priorities identified by our partners in the North,” Corbeil said, adding that there was already a mega-project underway when the JBNQA was negotiated nearly 40 years ago.

However, Quebec is already working on its next steps after Plan Nord is finalized, Corbeil said.

“It’s a big challenge, we want to meet it together and I think Quebec will be setting a new standard for sustainable development initiatives,” Corbeil said.