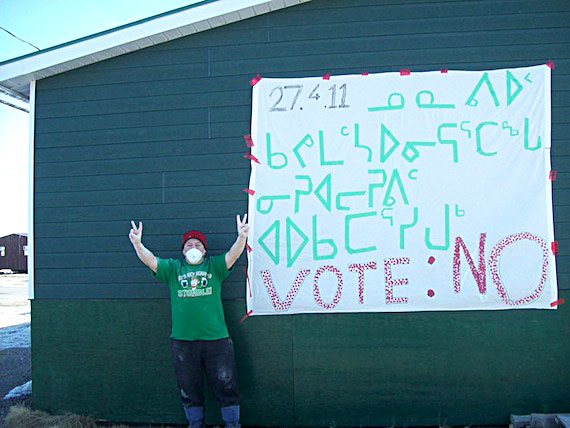 This photo of a Kuujjuaq resident standing next to “no” sign on the side of his house ended up on a Facebook page devoted to discussions about the Nunavik Regional Government. The sign was taken down before the April 27 referendum, but in Kuujjuaq, Nunavik’s largest community, only 200 out of 690 voters said “yes” to the referendum question: “Do you approve the final agreement of the creation of the Nunavik Regional Government?”