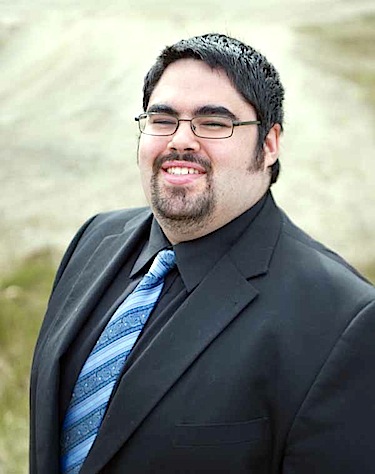 Stephen Mansell, Iqaluit’s newest city councillor, is a policy director at the Government of Nunavut’s department of justice. (PHOTO COURTESY OF THE CITY OF IQALUIT)

Iqaluit’s city council has a new member, with the June 28 appointment of Stephen Mansell.

And he says he’s committed to developing the city’s infrastructure and services – particularly Iqaluit’s landfill site.

“I really support getting a better solid waste program,” he told Nunatsiaq News. “As a councillor, I don’t want to lose site of the day-to-day issues that make this a nice place to live.”

Rather then hold a by-election to replace Akpalialuk, council decided to appoint the candidate who has received the second highest number of votes during a municipal by-election held last December.

In that election, Joanasie Akumalik won over Mansell and third-place candidate Ed DeVries.

Mansell, who has worked as legal council to the Government of Nunavut for two years, recently began a position as a director of policy for the department of justice. He is also the new president of the Nunavut branch of the Canadian Bar Association.

Mansell was born in British Columbia and moved to Iqaluit as a child. He attended Joamie and Inuksuk schools before relocating to the Yukon territory as a teen.

Mansell went on to earn a degree in political science from Carleton University and a law degree form the University of Saskatchewan before moving back to Iqaluit.

This is his first time in elected office. Mansell will serve on municipal council until the next Iqaluit election, scheduled for the fall of 2012.

Former councillor Akpalialuk, who recently started a new job as a medical travel specialist, resigned her seat May 31, saying she could no longer juggle both work and council responsibilities.