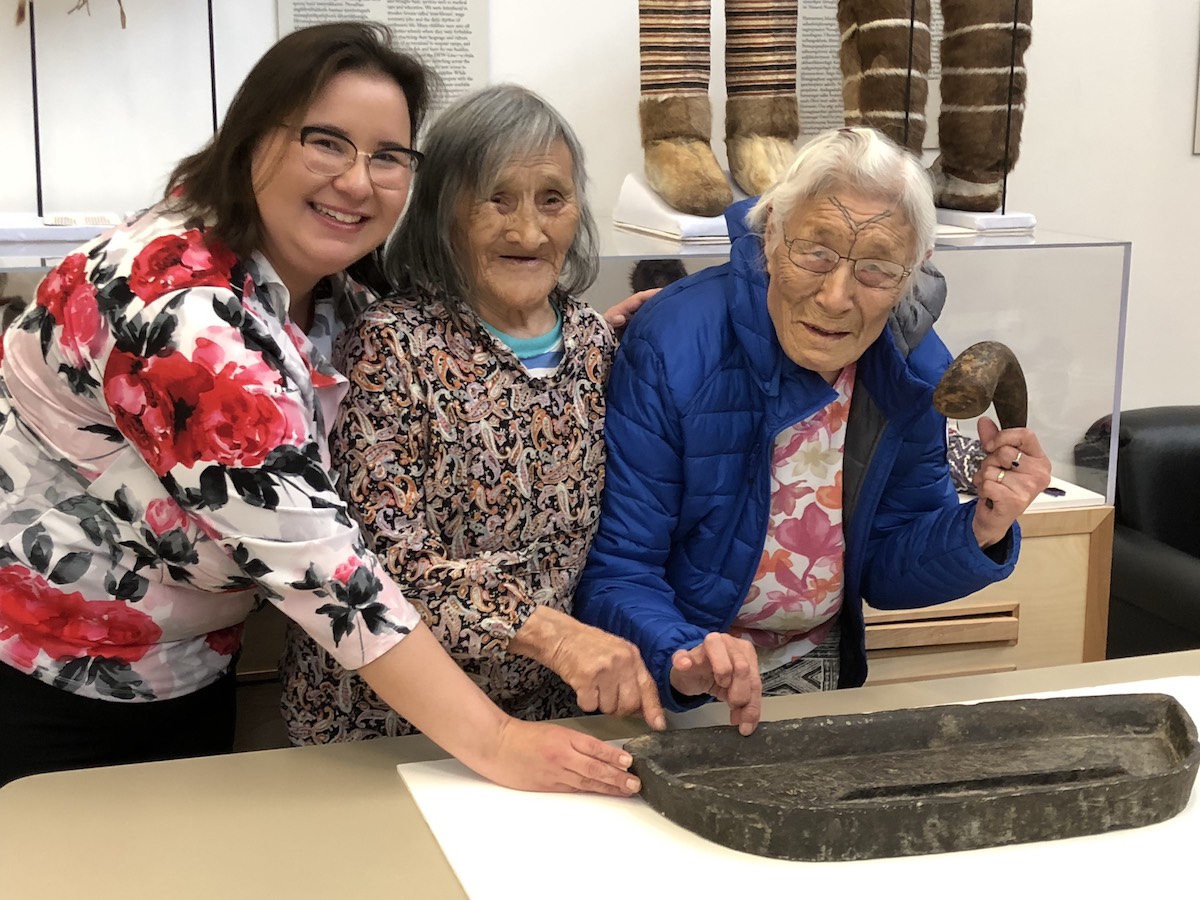 Pamela Hakongak Gross, Mary Kaniak and Bessie Omligoetok look at their relative Kanoyaoyak’s qulliq, a legacy from his adopted mother. The large qulliq, about 300 years old, is made of soapstone. Its curved muskox qaugaqhit was used to mash up the blubber used to fuel the fire. This qulliq was large enough to host two fires, said Gross, the executive director of the Pitquhirnikkut Ilihautiniq/Kitikmeot Heritage Society of Cambridge Bay. The two artifacts came to the society from Alex Gordon who worked for the federal government in the region during the 1950s. At Burnside River he traded the qulliq and qaugaqhit with Kanoyaoyak for a rifle. The qulliq was used at the opening the Canadian High Arctic Research Station and is now on display at the May Hakongak Cultural Centre and Library in Cambridge Bay. (Photo courtesy of Pitquhirnikkut Ilihautiniq)