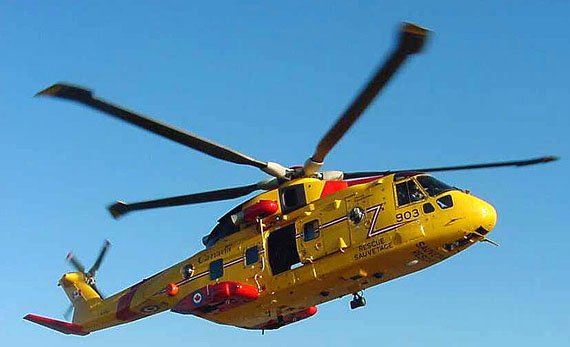 A Canadian Forces’ Cormorant helicopter and two Hercules aircraft are involved in a search for a missing 18-year-old kayaker from Cape Dorset. (FILE PHOTO)

Aerial and ground search crews are on the lookout for a teenage kayaker from Cape Dorset who has been missing for three days.

When the teen did not return home to Cape Dorset by Aug. 27, Nunavut RCMP said local search and rescue crews set out on foot and by boat to look for him.

A crew discovered Toonoo’s overturned kayak, paddle and boot Aug. 28 about five kilometres outside of Cape Dorset, but no sign of the missing kayaker, RCMP said in an Aug. 29 release.

Police said that Toonoo reportedly left town in all black clothing, carrying a backpack and a rifle, but the teen was not using a personal flotation device.

The search now includes 15 searchers on land and water, five boats and support from the Canadian Forces’ Joint Task Force Atlantic, including a Cormorant helicopter and two Hercules aircraft.