“We will fly as long as it takes to fly” 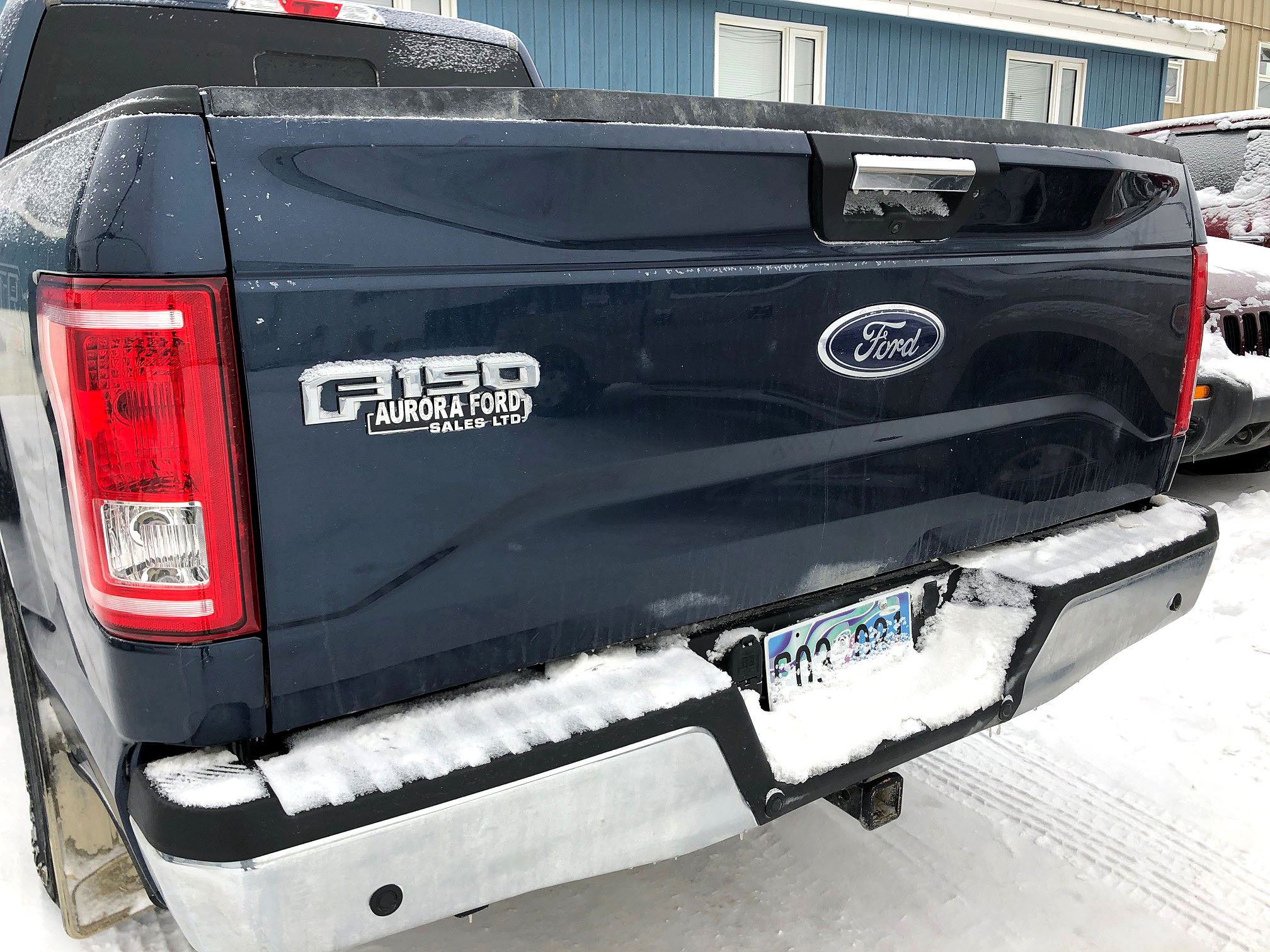 More than 30 trucks similar to this one, bought in Yellowknife, and shipped to Cambridge Bay via Hay River, will now be brought to Cambridge Bay through a massive airlift. That’s the Government of the Northwest Territories’ response to a public outcry in western Nunavut this week about the many orders of materials, vehicles and food that would not make it to Cambridge Bay and Kugluktuk after the Marine Transportation Services barge was cancelled earlier this week. (PHOTO BY JANE GEORGE)

CAMBRIDGE BAY—If your year’s worth of construction supplies or your new truck or your cases of pop are on board the Marine Transportation Services barge now stuck in Inuvik, you can start to breathe easier.

MTS barge customers had learned Monday that the barge was cancelled in western Nunavut due to bad ice conditions, and have since worked with the Kitikmeot Chamber of Commerce to organize possible legal action against MTS.

On Wednesday, the GNWT said in a statement they would only move fuel from the stranded vessel.

But today, Vandenberg’s message to unhappy and angry customers is, “don’t panic.”

“We will fly as long as it takes to fly,” Vandenberg said.

He said that it may take a few days to organize the airlift, depending on what aircraft is available.

The first priority will be to fly fuel into Paulatuk in the N.W.T. That community’s fuel supply is also on the barge, he said, and after that they’ll look at what needs to go to on to Kugluktuk and Cambridge Bay.

But that shouldn’t take long.

That means Cambridge Bay’s Suzanne Maniyogina, a mother of four, who said she cried when she learned her new pick-up truck isn’t coming, will see it before the dead of winter, the Hamlet of Cambridge Bay will get its new garbage and sewage trucks, along with the chlorine it needs for water purification, and J.M.S. Supplies Ltd. in Kugluktuk will get the lumber they need to survive as a small business in a small market.

Upon learning the news of the cargo airlift, Peter Laube who owns Kalvik Enterprises Inc. in Cambridge Bay, Aand had estimated his possible losses in construction work, due the cancelled barge, at roughly $350,000, said “that would be perfect. Excellent.”

The Hamlet’s SAO Marla Limousin called the cargo airlift “absolutely wonderful news for the community,” which she said “bodes well in developing a trusting relationship with a supplier of an essential service.

Vandenberg said he’s sensitive to the fact that the MTS barge cancellation had become “a people issue.”

He said, as owner of MTS, the GNWT had to step up.

“To see people suffer is something we are not going to see happen,” he said.

Vandenberg said he doesn’t know how many aircraft will be needed, or where they will come from, or how much the airlift will cost, but he called his government’s vow to fly everything out a “massive logistic effort.”

The decision to cancel the last barge to western Nunavut had many people in Cambridge Bay saying they would stop shipping from the west with MTS and switch to a Montreal-based shipping company and eastern suppliers for their goods, something Vandenberg said he wants to avoid.

Vandenberg also said he will make a visit, with staff from MTS, to Kugluktuk and Cambridge Bay in the near future to meet with people and officials in the communities.

As another gesture, he said MTS will increase staff at its MTS toll-free number so customers can get prompt information about their orders.