“I hope that the creative work I can undertake in the future contributes to the assertion, not the desertion, of our identities” 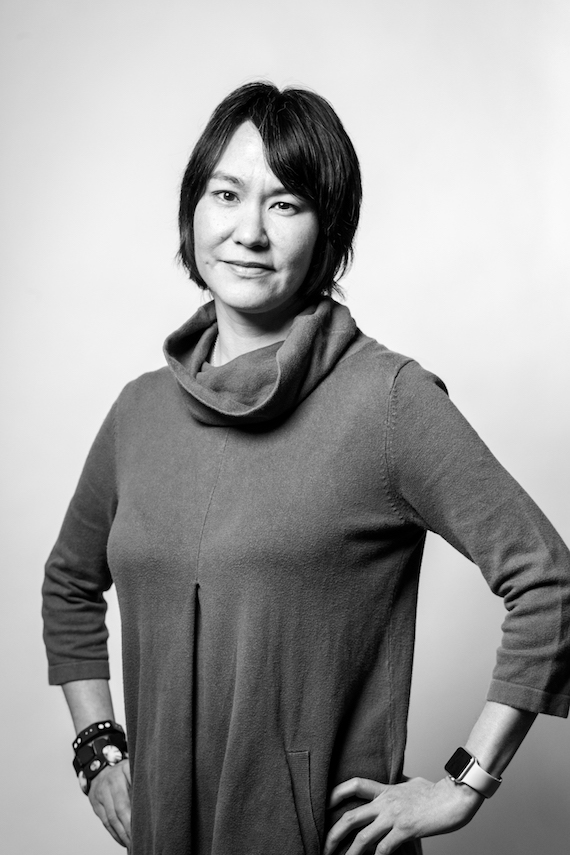 Inupiaq poet Joan Kane, who writes in English and Inupiaq, is the first Indigenous poet to be named a John Simon Guggenheim Fellow. (PHOTO COURTESY OF J. KANE)

The acclaimed Inupiaq Alaskan poet Joan Naviyuk Kane plans to spend the next year researching and writing a new collection of poems, called Dark Traffic, with a big goal: to redefine how people look at the Arctic and Indigenous people.

Kane will be able to work on this new collection of poems thanks to her recent selection as a fellow of the John Simon Guggenheim Memorial Foundation, which has honoured about 175 scholars and artists yearly since 1925.

And Kane has a lot to say.

“Much of the discourse around the Arctic and Indigenous people preoccupies itself with destruction,” she said in the successful proposal she made to the Guggenheim Fellowship committee and shared with Nunatsiaq News. “It is couched in either the concrete documentation of disappearance—erosion or submersion of land due to climate change or climate-caused displacement, for instance—or in the figurative language of loss.”

“Meanwhile, along with other Inuit people, I hope that the creative work I can undertake in the future contributes to the assertion, not the desertion, of our identities.”

To do that, she writes in English and often Inupiaq, as in Compass, which she reads here:

With her appointment as a Guggenheim fellow, Kane becomes its first Indigenous fellow ever in poetry.

“Iliġanamiik: to my family, friends, and community for your love, guidance, support, and never letting me give up,” Kane said on social media in reaction to the award, which was announced April 4.

Kane, 41, an Inupiaq with family from King Island (Ugiuvak) and Mary’s Igloo, Alaska, was raised in and attended public school in Anchorage, where she currently raises her sons.

Kane has an impressive post-secondary background: she graduated with honours from Harvard College, where she was a Harvard National Scholar, and Columbia University’s School of the Arts, where she received a graduate writing fellowship.

She teaches, long-distance, at the Masters of Fine Arts program in writing at the Institute of American Indian Arts in Santa Fe, New Mexico.

As for Kane’s writing and life experience, these have been largely formed by her mother’s recollection of displacement and disruption of the traditional lifestyle on King Island in the late 1950s.

Just as large an influence was her mother’s “resulting insistence on teaching me and my children our Inupiaq language and history,” Kane said in her proposal for the Guggenheim Fellowship.

Kane said that, as an artist, she wants to explore how her family’s Indigenous identity can find context and expression today.

This is what motivates her to write and teach while maintaining a strong relationship to place and past, she said.

A 2014 visit to King Island, which was depopulated in 1959, had a big impact on Kane. To get there, she had to travel about 26 miles (42 kilometres) from Nome across the Bering Sea. It was a rough trip.

Before heading to King Island, Kane thought that, if she went there, her “fragmented sense of self” would be restored and that that she would know who she was and where she came from.

But Kane said she came out feeling even less capable of “restoring an eroded set of necessary survival skills to my generation and my children.”

In her new collection of poems, Kane also plans to look at Distant Early Warning sites of the 1950s and 1960s, to help her understand the Arctic in geopolitical terms.

That could bring Kane to Nunavut—which she has never visited yet, although one of her poems talks about Nunavut hockey star Jordin Tootoo. It’s entitled “A few lines to Jordan Tootoo.”

Kane told Nunatsiaq News that she was inspired by something Tootoo said in his memoir, All the Way, My life on the Ice: “When I was drinking, I was selfish because of my addiction to popularity and being out in the public eye. I used that as a mechanism to create commotion with everyone. And if I got into trouble away from the rink, I made it up on the ice.”

“And I was thinking, on the ice…does he mean on the sea ice? Because he grew up in an Inuit village and so I was thinking about the sea ice. It’s not just of metaphorical importance to me, it’s very real,” Kane said.

“How amazing it has been in my life, the times that I’ve been out on the ice, on that periphery and the inherent danger that it could break open at any second. There’s the risk but also something really powerful, but also how this being out on the ice, the ice of performing and being in the white gaze in hockey.”

So the first line of Kane’s poem about Tootoo–“What do you see out there on the ice?”– is not just metaphorical.

“It’s the very real sea ice that allowed his ancestors and my ancestors to speak the same fucking language,” Kane said.

What do you see out there on the ice?
Perhaps something dark, far off,
louder than the bellowing headlines
in the otherwise technical silence.

In a lecture hall, once, in Barrow,
I listened while the ice of the Beaufort Sea
split into blue leads three months early.
What I heard was: if only we learned

the old ways, we’d learn where we fit
in life, how critical we are to each other.
That a hunt done right results in little
suffering or loss. That the migrations

of fowl, fish, and mammals will continue.
What I wanted to hear was a reassurance.
Some kind of premonition or promise, like
when words come back, so do the other things
milk black carbon. Instead, what I hold within
is the felt absence of place. A land of great
failure, abundance: it goes on without us.

Kane also discussed her Arctic identity in a session held last November during the Arctic Spirit conference in Rovaniemi, Finland.