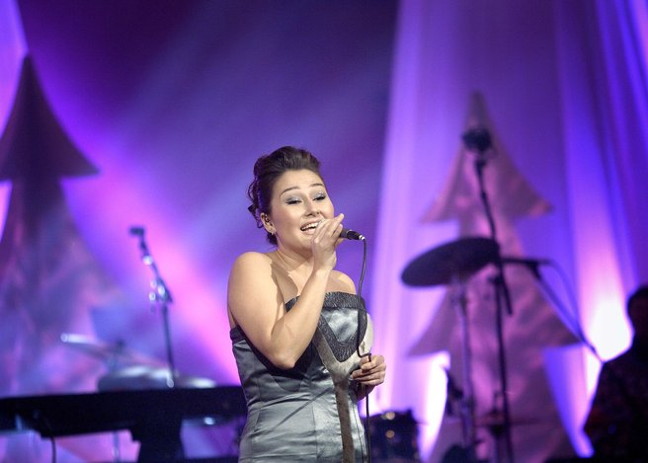 Kimmernaq Kjeldsen is one of several circumpolar artists who will be performing at this year’s Alianait Arts Festival, June 27-July 1 in Iqaluit. (KRISTELIGT DAGBLAD PHOTO)

While it’s been an informal part of their mandate since 2007, the Alianait Arts Festival staff and board of directors want to put a new focus on circumpolar performers within a new five-year strategic plan released this week.

Executive Director Heather Daley said April 23 that they will continue to invite mainstream artists from the South to perform in concerts and at the festival for the benefit of local audiences and aspiring Nunavut artists, but also they want to position themselves as a unique Canadian venue for northern talent.

“There really is a special connection that indigenous circumpolar artists have with each other,” Daley said.

The Alianait 10-member board of directors and two staff — she and festival coordinator Kathleen Merritt from Rankin Inlet — began considering the strategic plan in December.

It’s part of the festival’s evolution, Daley said. This includes finding new funding sources, professionalizing festival management, growing its technical and stage crew capacity and collaborating with other communities to coordinate festivals and concerts outside of Iqaluit.

Pangnirtung, which used to hold a music festival, is keen to ramp up again and Daley has been in contact with organizers there to help them make it happen.

Because it’s so expensive to bring artists north, it makes sense to hold the Pang festival right after Alianait so some of the performers can travel directly to Pangnirtung afterward, she said — and so can the supporting stage crew, with equipment in tow.

She’s also been in contact with people in Gjoa Haven who want to put on a music festival there as well and will continue working with Igloolik’s Rockin’ Walrus Arts Festival.

Language is something the organization continues to struggle with, Daley said: how to provide more Inuktitut programming without the burden of consecutive translation into English and French.

For example, in concerts or at the festival, emcees could prepare Inuktitut speaking notes ahead of time, organizers could have them translated and the English and French content could be broadcast as “subtitles” on a screen or backdrop.

These are the kinds of unique challenges posed by a remote, multicultural and multi-lingual environment.

But while Alianait has its challenges — not the least of which is a lack of a dedicated performance centre — it’s ahead of the curve when it comes to weaving itself into the northern fabric of society.

Its mandate — a healthier Nunavut through the arts — describes the festival’s role in providing alcohol- and drug-free family entertainment, fostering relationships with social agencies and growing local skills and talent on both the artistic and technical side of live performance.

Performers who come to Iqaluit always offer workshops and performances outside of the main show at a variety of venues including schools, the elders centre, the group home, the women’s shelter and the young offenders facility.

And a recent Agaaqtoq concert in Rankin Inlet gave them an opportunity to fly in a technical crew from Iqaluit to put on a five-day workshop on sound and lighting ahead of the show for a group of aspiring local technicians. Agaaqtoq performed with Juno award-winning artist David Myles during one of Alianait’s most successful shows March 15 in Iqaluit.

It’s tricky because the festival and concert series costs about $650,000 a year and the organization operates with very little core funding.

But they are committed, Daley said, to continuing this outreach and community training work.

The next Alianait concert takes place May 24. Ottawa-based country-folk singer-songwriter Lynn Miles will be performing in Iqaluit, at Inuksuk High School.

This summer’s Alianait Arts Festival will be held in Iqaluit between June 27 and July 1.