Arctic adventure in store for English release of Franklin comic 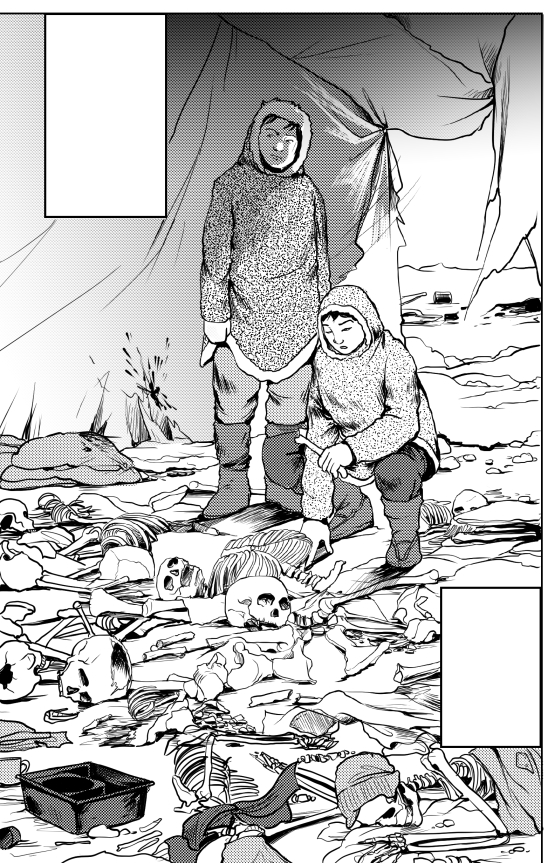 Inuit discover the bones of crew members from the Franklin expedition. (PHOTO COURTESY OF KRISTINA GEHRMANN) 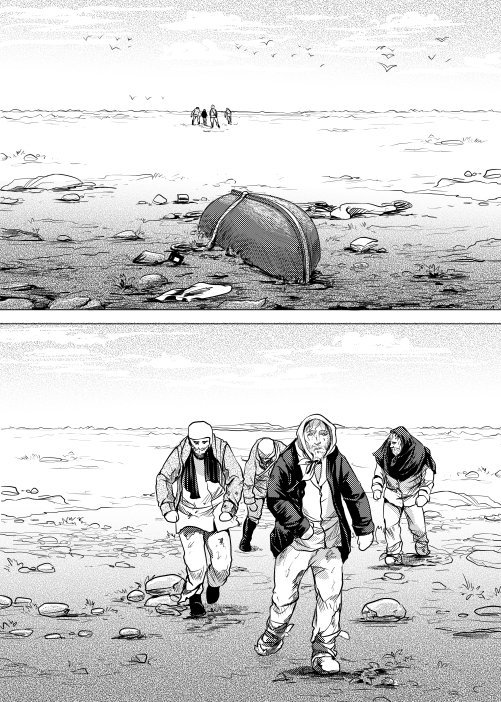 Crew members from the Franklin expedition make their way to shore. (PHOTO COURTESY OF KRISTINA GEHRMANN) 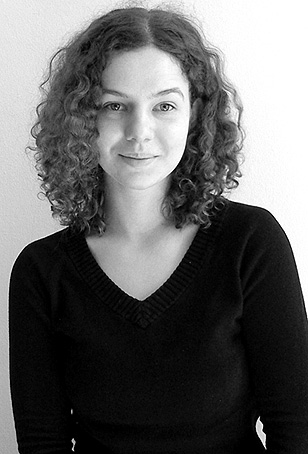 When German artist Kristina Gehrmann first read about Sir John Franklin’s ill-fated journey to the Arctic, she knew she had found her inspiration. An English translation of her award-winning graphic-novel trilogy, originally titled “Im Eisland,” is now available for free, online. (PHOTO COURTESY OF KRISTINA GEHRMANN) 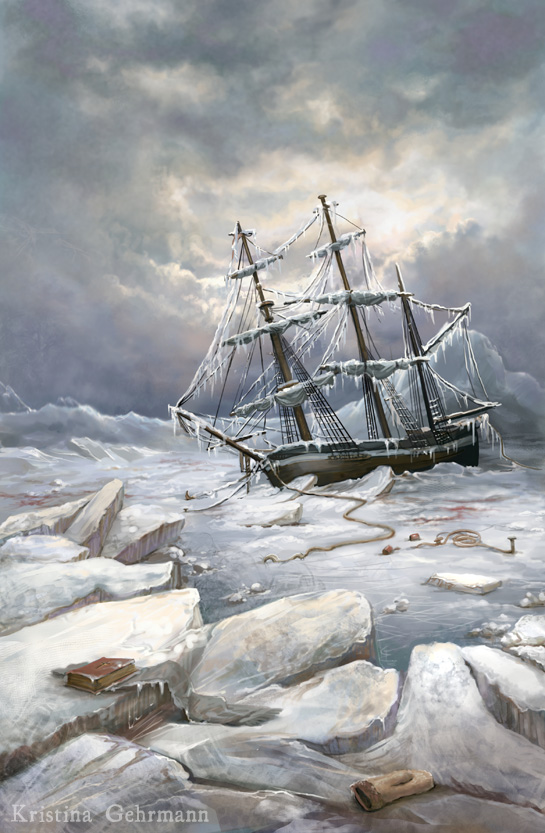 Trapped in the ice, an image of one of the Franklin expedition ships. (PHOTO COURTESY OF KRISTINA GEHRMANN)

When artist Kristina Gehrmann first read about Sir John Franklin’s ill-fated journey to the Arctic, she knew she had found her inspiration.

Three years later in 2015, her self-described obsession with diving into the lore of the Franklin expedition was complete: a graphic-novel trilogy released in her home country of Germany.

The first instalment went on to win a German Children’s Literature Award the following year.

Now, English readers can see that work for free, online, through weekly instalments of sections from the award-winning comic.

Originally titled “Im Eisland,” in Germany, “Icebound: Franklin’s Lost Expedition,” premiered online this January, and is by Gehrmann’s own description about half-fact and half-fiction—but that’s what’s fun about it.

That we know so little about the final days of the expedition’s 129-man crew—which departed for the Arctic from England in 1845 aboard HMS Terror and HMS Erebus—is any historically minded storyteller’s dream.

“The whole thing is like a 1,000-piece puzzle of which only 100 parts were found,” Gehrmann explained. “That’s what makes it so fascinating!”

The unknown swaths of the nineteenth century’s most captivating mystery gave Gehrmann a chance to interpret the story in her own way, and inject a little Shakespearean tragedy into an expedition considered at the time to be the most well-prepared Arctic expedition ever launched.

Take one of Gehrmann’s early comic panels, when Franklin scoffs at a Union Jack flag laid over him by his wife as he slept on a couch.

“Don’t you know that the Union Jack is laid only over the dead?” he asks Lady Jane Franklin.

Or coal stoker John Torrington, who tells his sweetheart that the extra pay offered for the Arctic voyage will allow him to marry her when he returns home.

Torrington was one of three early casualties in the expedition during its first winter on Beechey Island in the High Arctic in 1845, who scientists determined died of tuberculosis when they exhumed the bodies in the 1980s.

The popularity of Woodman’s book helped change the way modern historians viewed the role of Inuit in the Franklin saga.

Inuit oral histories were collected and documented by explorers like Charles Francis Hall in the 1860s, but they remained largely ignored by many scholars prior to the publication of Woodman’s book.

Inuit testimony pointing to the resting place of one of Franklin’s ships was ultimately proven accurate, when Parks Canada divers found HMS Erebus in the Queen Maud Gulf in 2014, near a place Inuit called Utjulik.

Gehrmann said her “manga” design for the 700-page project—a Japanese graphic style—was challenging at first, since she had no formal training in laying out a comic.

But hard work over the first few months of the project, learning new styles and computer design programs, gave Gehrmann a new commitment to her art as she heads into new projects.

But for now, she said she’s excited for English-speaking readers—closer to the real-life event—to see her work for the first time.

You can follow along with the weekly instalments of Icebound, for free, here.