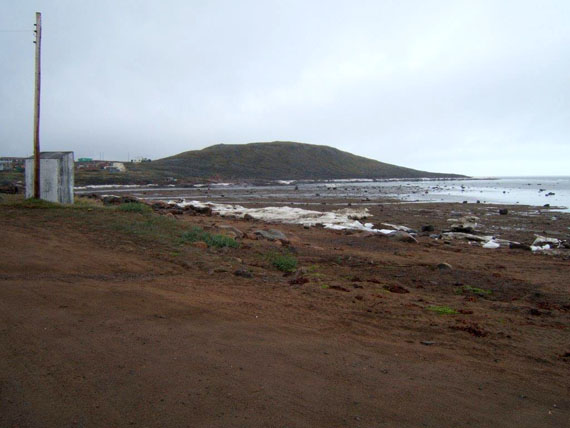 This is Arctic Fibre’s proposed cable landing site at Apex, near the old HBC buildings, where a marine cable would connect Iqaluit to the company’s fibre optic backbone. (PHOTO COURTESY OF ARCTIC FIBRE) 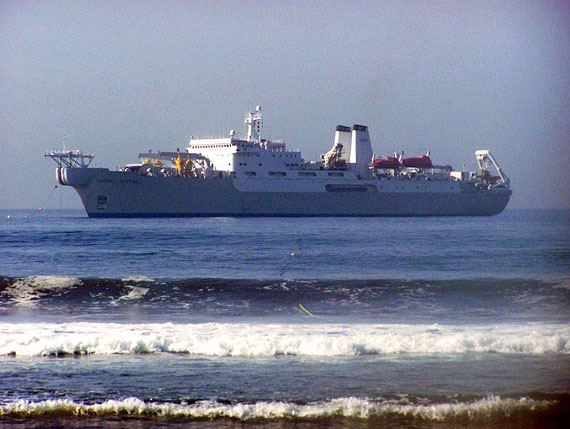 This is the Global Sentinel, the cable-laying vessel that Arctic Fibre would use to install its trans-oceanic cable past Nunavut, Alaska and Nunavik. (PHOTO COURTESY OF ARCTIC FIBRE)

If you live in one of the seven Nunavut communities that lie close to Arctic Fibre Inc.’s proposed marine fibre optic cable backbone, you’ll get a chance next month to learn more about the company’s plans and share your knowledge of potential landing sites for cable spurs.

“[W]e want the benefit of the local communities’ expertise with regard to ice conditions and the most suitable location away from anchorages and any environmentally-sensitive areas and habitat,” Doug Cunningham, Arctic Fibre’s CEO, said in a news release.

Using private investment, Arctic Fibre proposes to lay a $620 million undersea cable between London and Tokyo, running through waters off Nunavut and Alaska.

Arctic Fibre would connect those places automatically, using spur lines, without requiring any subsidies from government.

“By combining an Arctic broadband network in the same cable sheath with a trans-continental link between Asian and European financial centres, Arctic Fibre can build a backbone network serving half of the population of Nunavut without government subsidy,” the company said in its news release.

To pay for connections to an additional 23 Nunavut and Nunavik communities, Arctic Fibres has applied to Industry Canada for $237 million worth of funding.

Using those funds, and with the help of nine microwave hops, that proposal would provide 98 per cent of the combined Nunavut and Nunavik population with “virtually unlimited bandwidth,” Arctic Fibre said.

At the same time, the project would contribute “significantly to Canada’s nation-building in its Arctic region,” the company said.

The company has also struck a deal with an Alaskan firm called Quintillion Networks LLC to connect at least five communities in Alaska.

During the Nunavut tour, which runs Aug. 19 to Aug. 24, the Arctic Fibre team hopes to meet with elders, mayors, hamlet council members, hunters, community land resource committees and other residents to find the best locations for backbone cable landing sites.

“Potential subcontractors for civil works will also have an opportunity to present their credentials to the Arctic Fibre team who are committed to creating as much local participation as possible,” said Madeleine Redfern of Ajungi Arctic Consulting, who does community liaison work with Arctic Fibre.

At one community, Taloyoak, the team will look at landing site options and routes for a portion of the cable that will cross the Boothia Peninsula from Taloyoak to Lord Mayor Bay.

Arctic Fibre’s decisions on cable landing sites will be incorporated into submissions that the company plans to make to the Nunavut Planning Commission and the Nunavut Impact Review Board.

Those bodies must approve the project before Industry Canada can issue an international cable landing licence to Arctic Fibre.

Here’s the company’s tour schedule, which is subject to change depending on the weather: