“Snowies” have been seen in south-central United States 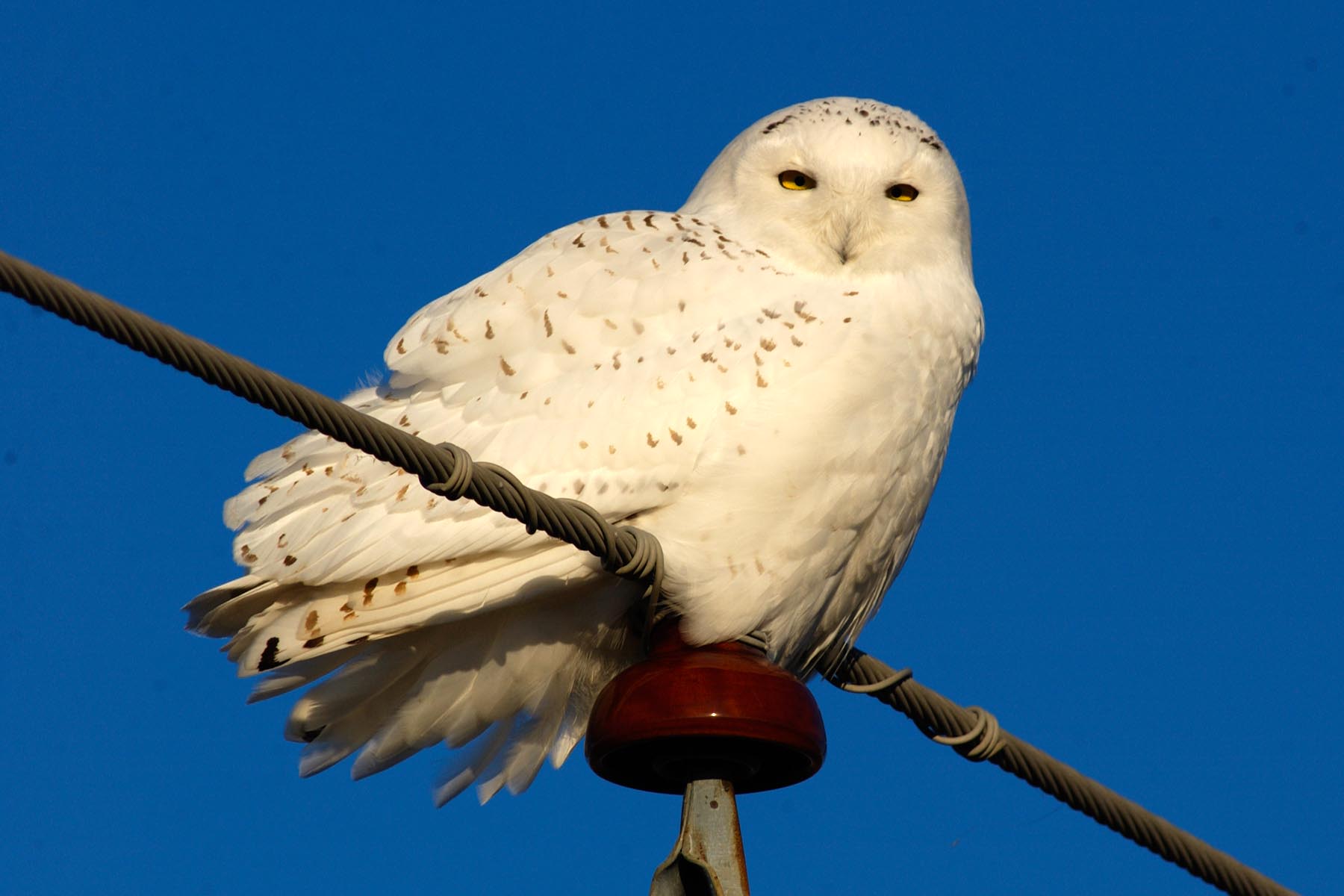 Here’s a snowy owl that headed south for the winter—to Missouri. These big Arctic owls have been spotted in previous years as far south as Florida. (PHOTO COURTESY OF THE MISSOURI DEPT. OF CONSERVATION) 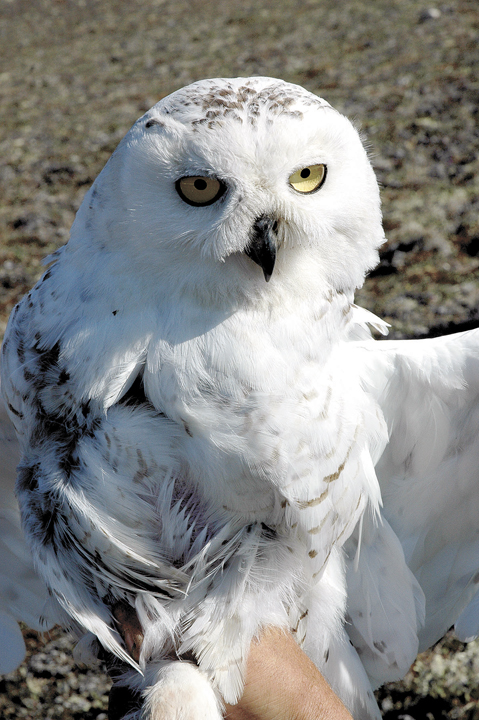 Snowy owls have become the new Canadian “snow birds” this winter, migrating south of the border in great numbers, and some of the birds, called ookpiks in Inuktitut, have gone as far south as the state of Missouri where their presence on power poles, hay bales and fences has attracted a lot of attention.

In Missouri—more than 3,800 kilometres south of north Baffin, where many snowy owls nest and breed—the big owls, which can weigh up to more than six pounds and have a wingspan of nearly five feet, find a varied diet: they may eat rabbits, squirrels and other rodents, mink and muskrats, and waterfowl and other birds, which they find “usually by sitting on a fence post or from other vantage point and looking and listening for prey,” the Missouri Department of Conservation said in a recent update on snowy owls.

Most of “snowies” spotted in Missouri have been white with flecks of black feathers, indicators that they are females or yearling birds.

And, while some might conclude that the snowy owls are fleeing south due to a lack of food, the opposite is true: this past year there was a big increase in the number of lemmings in northern Canada.

When lemmings—the snowy owl’s preferred food, of which each bird can eat about 1,600 per year—are plentiful and breeding conditions are good, the birds can successfully raise large clutches of up to 11 eggs.

At the end of the breeding season, snowy owls leave the far north and many of them reach warmer locations, south of the boreal forest, biologist Jean-Francois Therrien, a senior researcher at Hawk Mountain Sanctuary in Pennsylvania, told Nunatsiaq News.

Therrien has worked with Laval university researcher Gilles Gauthier on Bylot Island off north Baffin since 2007, studying snowy owls and their relationship with the environment, in collaboration with people from the nearby community of Pond Inlet.

They’ve seen that about every four years the lemming population booms, causing what biologists call an “irruption,” or sudden increase, in the birds’ population.

Snowy owls are, in any event, well-equipped for survival in the South during winter, when they can survive by hunting small mammals and waterfowl, he said, although two snowy owls were reported to have been found starving near Indianapolis, Indiana.

It doesn’t even take the snowy owls that long to migrate south, Therrien said. That’s because the birds can fly “pretty quickly for short bursts of time and can cover large distances in a few hours.”

The snowy owls will use that same flying power to return north in March or April.

But many questions about snowy owls remain unanswered. Among them are: What is the world’s population of snowy owls? What proportion of juvenile owls survive to adulthood? What their age at first breeding? And how many clutches they can they produce during their lifespans?

Tagging snowy owls with satellite transmitters, which requires no tranquillization, is helping to answer these questions. This past December, 14 snowy owls were caught near Logan International Airport in Boston, Massachusetts, tagged with solar-powered transmitters—which provide such information such as latitude, longitude, flight speed and air temperature—and then released.

When a snowy owl with a transmitter flies within the range of a microwave tower, the data is sent to a server.

From snowy owls carrying transmitters, biologists have already learned that many adult snowy owls do winter at high latitudes.

A high percentage of these use the marine environment to survive during winter, feeding on seabirds, such as eider ducks, Therrien said.

The transmitters have also revealed more about where snowy owls breed from one year to the next.

It turns out, that, depending on the presence of lemmings, the nesting grounds can change location widely from one year to the next.

“It is one of the largest ever [distances] recorded in birds,” Therrien said

Just how many snowy owls there are in the circumpolar region remains uncertain. Though estimates have run as high as about 300,000, there could be as few as 30,000. In the United States, where snowy owls were once hunted in large numbers, it’s now illegal to kill them under the Migratory Bird Act.

Recently the International Union for Conservation of Nature, regarded as an authority on conservation, listed the snowy owl, whose scientific name is bubo scandiacus, on its update of the Red List of Threatened Species due to the uncertainties about the population’s size and various threats, including climate change and, in the South, frequent collisions with vehicles.