“A matter of good governance and genuine partnership” 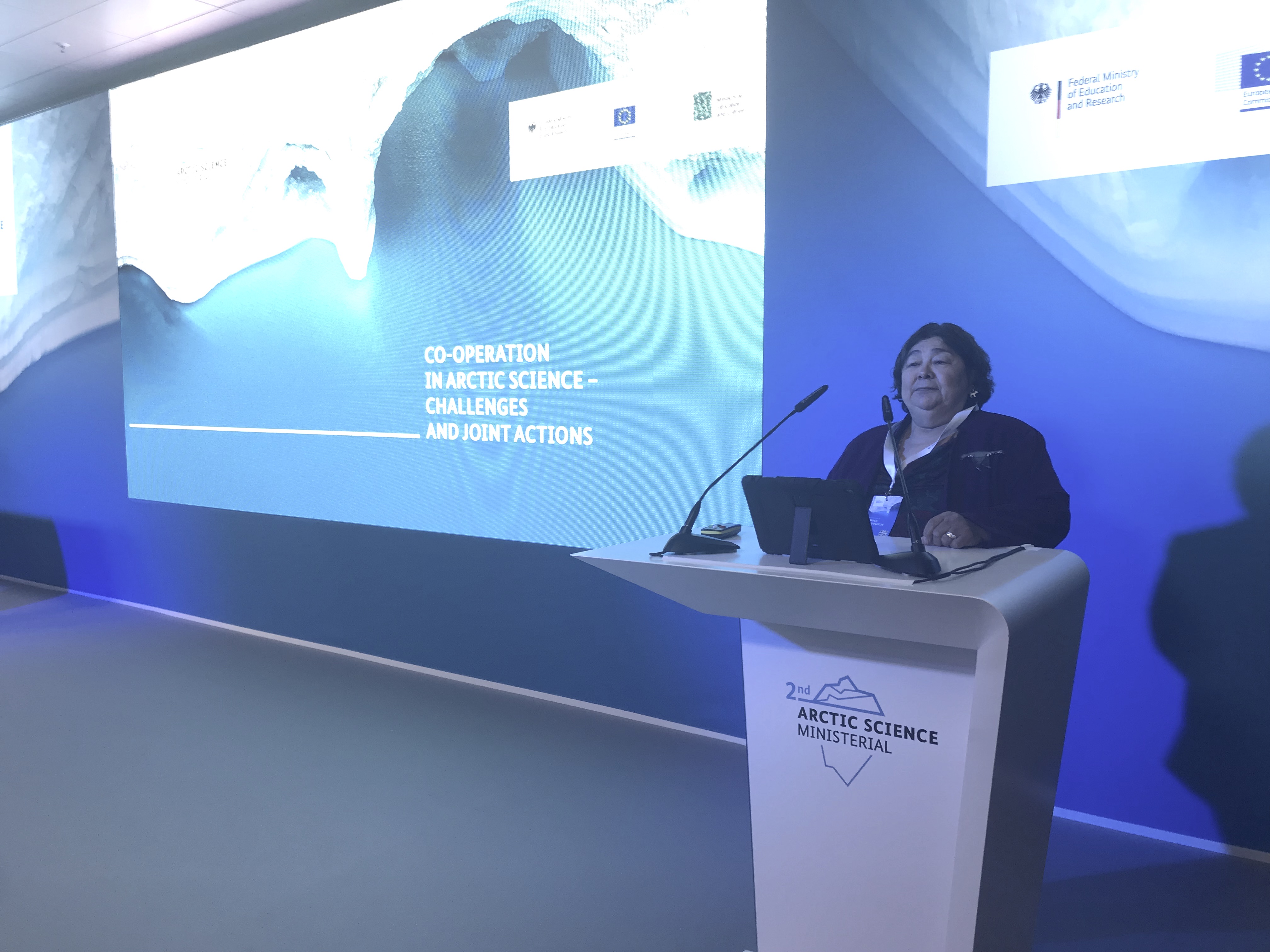 Monica Ell-Kanayuk speaks at the second Arctic Science Ministerial in Berlin. “The sustainable use of the Arctic is not a luxury for Inuit—it is life itself,” she said in her keynote address to the gathering, which was held on Oct. 25 and Oct. 26. (PHOTO COURTESY OF ICC)

Inuit want Arctic scientists to treat them as partners and to respect their human rights.

The meeting—hosted by the European Commission, Finland and Germany—brought together 24 governments, EU representatives and Arctic Indigenous representatives.

In her keynote address to the meeting, Monica Ell-Kanayuk, the president of ICC-Canada, stressed the importance of Inuit involvement in research and the need for partnerships with Inuit organizations in all aspects of research.

The ministerial meeting on Oct. 25 and Oct. 26 looked at Arctic monitoring systems, changes in the Arctic, and the vulnerability and resilience of Arctic environments and societies.

These issues must involve Inuit, Dalee Sambo Dorough, the ICC’s international chairperson, said at the ministerial.

“The recognition of and respect for our Indigenous human rights, status and role in the Arctic should not be viewed as a threat to the work of governments. Rather, it is a matter of good governance and genuine partnership needed to achieve our collective objective of safeguarding the Arctic environment in favour of all of humankind,” she said.

In Berlin, Canadian representatives said that participation of Indigenous Arctic communities is a priority.

Stéphane Dion, Canada’s ambassador to Germany and special envoy to the European Union and Europe, said “our understanding of the challenges faced in the Arctic region, as well as their solutions, must be guided by local knowledge.

“Our ever-expanding scientific knowledge on the impacts of climate change in the Arctic is most valuable when used to address the pressing adaptation needs of northern communities and the wellness of Arctic residents, together with Arctic residents.”

The final joint statement of the science ministerial, which you can find below, acknowledged the “living knowledge of Arctic indigenous peoples,” and that “where appropriate, research in the Arctic has to be carried out in compliance with national sovereignties and jurisdictions—representing the values, interests, priorities, cultures and traditions of Arctic Indigenous peoples and local communities.”