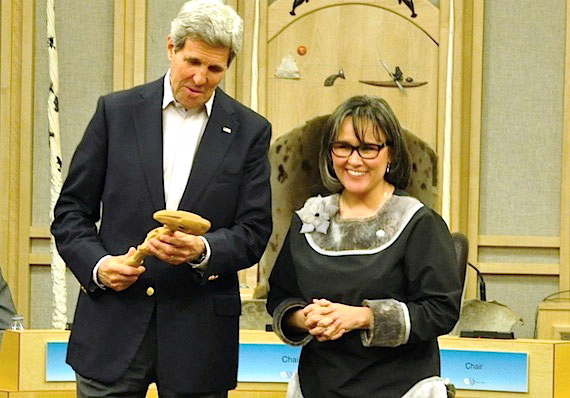 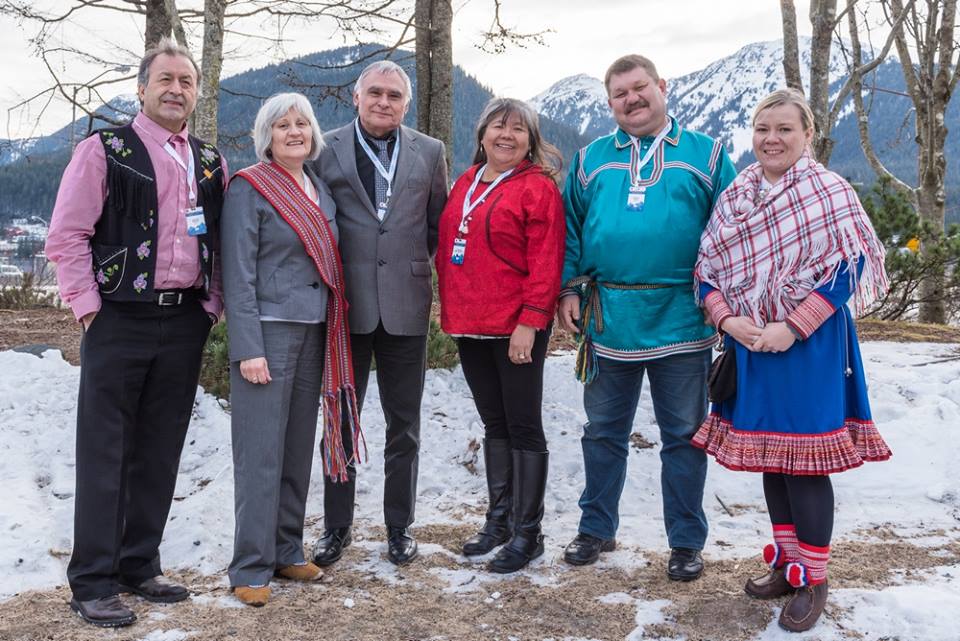 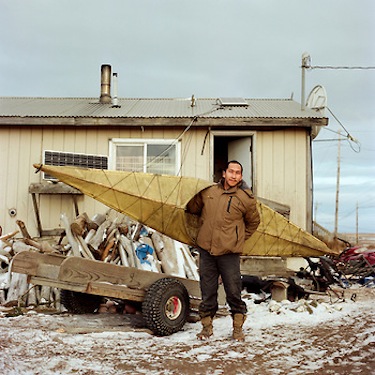 Among the many events taking place around the Arctic Council ministerial in Fairbanks, the display of “I AM INUIT” exhibit at the University of Alaska Fairbanks Art Gallery, a collaboration between ICC-Alaska and the Anchorage Museum, and a May 10 panel discussion on the photography project, which seeks to connect the world with Alaskan Inuit (Inupiat, Yup’ik, Cup’ik and St. Lawrence Island Yupik) and the Arctic, through common humanity.” You can take a look at the photos for yourself here at www.iaminuit.org.

As United States Secretary of State Rex Tillerson hands over the chair of the Arctic Council to Finland’s foreign minister Timo Soini May 11 in Fairbanks, Alaska, the Arctic Council can look forward to two more years of Arctic co-operation.

Or at least that’s the hope leading into the ministerial meeting, although Finland has worried that the U.S. and Russia could undermine the ability of the consensus-based Arctic Council’s eight nation members to agree.

Finland vowed last week that, as chair of the Arctic Council, it aims “to contribute to the maintenance of stability and to further strengthen the Arctic cooperation”—as well as reinforce its country brand and raise awareness of its Arctic expertise.

However, a 95-page report, written in Finnish and entitled “Finland’s chairmanship in the Arctic Council (2017-2019) in the age of change and uncertainty,” released in March, revealed unease about Russia’s military intentions in the Arctic.

And it also said U.S. President Donald Trump’s “general criticism and disparaging attitude to climate change issues” could cripple U.S. work at the Arctic Council, which focuses largely on climate change and how to minimize its impact and foster adaption in the Arctic.

But, at the May 11 ministerial, circumpolar foreign ministers are expected to sign one legally-finding agreement that’s been in the works for several years: an agreement on enhancing Arctic scientific cooperation.

On May 11, the task forces of the Arctic Council will also submit reports on such issues as environmental monitoring, identification of risks of pollution, preparedness for environmental accidents, sustainable development, conservation of natural diversity, and special questions related to the Arctic sea areas.

And the ministerial will end with a declaration recognizing these reports and approving what Finland wants to achieve.

But there will be more than high level politics, plans and promises in Alaska as the U.S. says goodbye to the Arctic Council.

The Arctic Council will release its first cookbook called “Eallu, Indigenous Youth, Arctic Change & Food Culture: Food, Knowledge and how we have thrived on the Margins,” with 160 pages of text, photos and 30 recipes from Indigenous peoples around the Arctic, at a May 10 launch that will see a panel discussing food, knowledge, youth and how best to use food and traditional knowledge for community empowerment.

In Fairbanks, the schedule features even more events, dubbed Arctic Interchange, May 8 to May 12, including the Arctic Broadband Forum, May 8 and May 9, with educators, researchers and industry from across the world— including a representative from the Kativik Regional Government and the mayor of Iqaluit, to discuss the challenges, successes and potential of telecommunications and broadband in the Arctic.

The Arctic Economic Council is also set to bring together business representatives from the eight Arctic Council member nations and its six indigenous permanent participants for a May 9 meeting.

As well, a mayors’ Arctic roundtable is scheduled for May 11, at which Iqaluit’s Madeleine Redfern will be the only Arctic mayor in attendance from Canada.

Some of these events will be live streamed here.

The packed week in Fairbanks will be followed by North by North program, in Anchorage, May 12 to May 14, which promises to provide something for everyone—including music, dance, arts and crafts, local foods and northern beer.

In Anchorage, you’ll find eight food trucks representing the Arctic Council member-nations—U.S., Canada, Greenland, Iceland, Norway, Sweden, Finland and Russia—with each truck serving up a recipe from that nation, with fresh, wild Alaska seafood (cod, rockfish or salmon.) Bite size portions will be free to those lucky enough to be there.