Taking risks has paid off big time for Maritime singer-songwriter 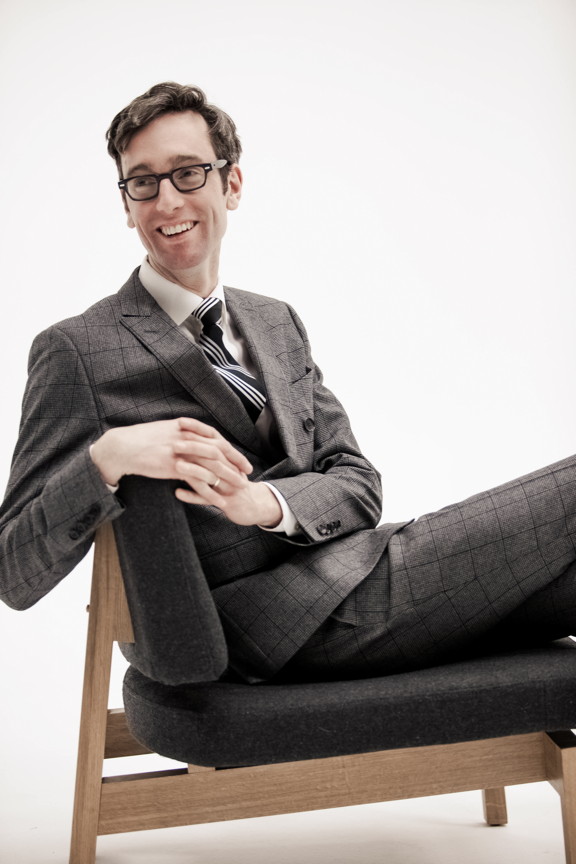 Truth be told: David Myles has an inner ninja quite apart from the ridiculously popular single he and Classified released in November 2012 and which now has gained nearly three million views on YouTube.

Myles’ inner ninja has pushed him beyond the comfort zone of his high school trumpet and a Royal Conservatory musical education into rap music, jazz, blues and even country and western.

And that’s where the magic happens.

“I’ve always wanted that kind of career where I can mix things up,” he said.

“It’s really liberating. It’s the place to go and you don’t go there unless you’re willing to put yourself in the uncomfortable position of taking a risk. If you do it, and you’re confident and you’re happy doing it, it will be OK,” he said.

Myles, a New Brunswick-born, multiple award-winning, singer-songwriter and multi-instrumentalist, is making his first trip to Nunavut March 15 with a concert at Inuksuk High School in Iqaluit as part of the Alianait concert series.

Arviat’s Agaaqtoq, a big hit from the Alianait Arts festivals in 2012 and 2013, will open the show.

“I’ve always wanted to go North. For me, it’s part of the understanding of the country. Part of the job I like the most is discovering different parts of the country. In the last five years, I’ve been really lucky because I’ve been to most parts but Iqaluit, Nunavut, is basically one of the last places,” Myles said.

During a recent break in touring before the busy summer festival season starts, Myles spoke to Nunatsiaq News from his home in Halifax about fame, family, taking risks and the continuing, mystifying, popularity of “Inner Ninja.”

“In some ways, it hasn’t changed me. It certainly hasn’t meant buying a fur coat and retiring, you know what I mean?” says Myles, 32, laughing. “What’s nice now is that there are more people at the shows. Really the biggest difference is more people know my name.”

“Inner Ninja,” now considered the top selling rap record in Canadian history, won a Juno for best rap recording last year and in a quirk of timing, is nominated for another Juno this year because, although the song came out in 2012, the Classified album wasn’t released until 2013, which makes it eligible for best single off the album.

“We had a feeling it was a great song. We had so much fun making it. But to see it take off was amazing. A-mazing!” said Myles, whose musical repertoire up to then was full of folk-pop and old-school crooning. “It was a good lesson for both of us to say, once you get out of your comfort zone, that’s where you find the gold.”

But if you want him to sing it in Iqaluit, you’d better practice the Classified lyrics. Myles, who sings the catchy chorus in the song, doesn’t rap but he was recently persuaded to perform the song during a school show in Bedford, just outside of Halifax.

“I said, ‘Listen, I don’t know the words, the rap part, so I won’t rap but I’ll sing you everything else and if anyone knows the words to the Classified verses, let ‘er go. There were 120 kids there and I sang my verse and then, literally, 40 kids knew every single word so we did the whole song. It was crazy.”

Surreal might be a better way to describe the past year.

Not only has Inner Ninja’s popularity allowed him to meet idols of his youth such as Maestro Fresh Wes (“He was the first to congratulate me when we won the Juno”) and broadened his fan base (“I’m way more popular with 12-year-olds now”) but it’s nurtured a relationship with fellow Halifax resident Classified, someone he describes as a gifted musician, friend and mentor.

Fame can do lots of things, not all of them good, but Myles says he stays grounded thanks to supportive family and friends, including his wife Nina and their daughter Marie, who is not yet two.

He remains a downhome Maritime musician-dad whose liberal use of the words “amazing,” “awesome” and “wicked” in nearly every sentence describing his life implies he’s certainly contented, and still a bit awestruck.

But two welcome concepts have settled in the space left behind in the wake of pop music fame: opportunity and freedom.

People can’t tell him what kind of music to play anymore, or who to collaborate with. For someone whose musical tastes cover the spectrum from classical to rock, that means the freedom to explore and grow.

He just finished writing his first country song with George Canyon over Skype. He also just recorded a Christmas album, a mixture of classics and original songs. And now he’s off to Newfoundland to write a song with Alan Doyle of Great Big Sea.

“If anything, that’s what hip-hop has taught me. It’s a wicked genre because the most important thing in hip-hop is being authentic and keeping it real. If you don’t do that, people will see through it. So it doesn’t matter what you’re doing, as long as you’re doing it honestly.”

When asked whether he now fears living up to his own success, he said he actually feels the opposite. Being partly responsible for a tween anthem has proved to him that anything’s possible and that maybe, the best is still yet to come.

Tickets are available at Arctic Ventures or contact Heather Daley at heather@alianait.ca.