But ministers, GN senior officials have no plan yet for addictions treatment 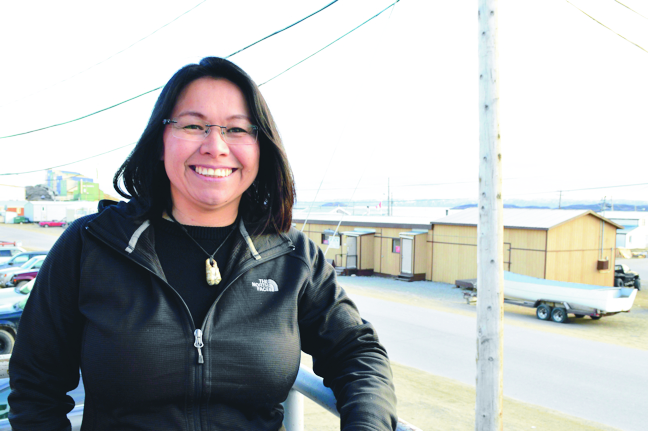 Iqaluit Mayor Madeleine Redfern says Baffin mayors passed a resolution last week asking the Nunavut government to open a Nunavut addictions centre if it plans to open a liquor store. But that seems unlikely at this point. (FILE PHOTO)

Mayors in Baffin communities want an addiction treatment and wellness centre in Nunavut to open at the same time a proposed beer and wine store opens in Iqaluit.

But some Government of Nunavut ministers, the premier and senior bureaucrats don’t share that opinion.

That’s according to Iqaluit mayor Madeleine Redfern, who attended a three-day forum held for Qikiqtani-region mayors in Nunavut’s capital March 21 to March 23.

“Baffin mayors, at the end of the forum, passed a resolution calling for an addictions treatment and wellness centre to be opened in the territory,” Redfern said March 29.

That resolution came after a number of mayors told the premier and ministers who appeared at the forum — including the ministers of justice, health and family services — about the need for a Nunavut-based addiction centre, Redfern said.

“But what we were told by several GN elected officials is that there was no plan to open an actual facility.”

Instead, Colleen Stockley, Nunavut’s deputy health minister, spoke at length about in-home treatment options being considered by the government.

GN officials also spoke of other options under consideration, but provided “very little information” about these other options, Redfern said.

Justice Minister Keith Peterson pointed to the success of the short-lived mobile addictions treatment pilot program in Cambridge Bay, but he did not commit to relaunching the program, the Iqaluit mayor said.

While there is no firm date set for the opening of a pilot beer and wine store, Iqaluit residents strongly supported the idea in a referendum in 2015.

The last Nunavut-based addictions treatment facility, in Apex, closed its doors in 1998.

The GN, under Premier Paul Okalik, pledged to re-open that facility in 2003 with a $2.2-million funding commitment, according to a 2002 story by Northern News Services.

But the facility never reopened and has since become a women’s shelter.

Okalik, as Nunavut’s minister of both health and justice, resigned from cabinet March 3 saying it was a protest over the lack of an addictions treatment facility.

“To ram a beer and wine store in light of all the problems we face with alcohol was something I could not support,” Okalik said March 3.

But Redfern said Okalik’s resignation was “disappointing” because he likely would have had more impact working within cabinet to bring about a Nunavut-based treatment centre.

“And I think being premier for almost nine years, he had tremendous influence to open up an addiction treatment centre in the territory, if he so desired.”

Redfern said her confidence is “very, very low” that a Nunavut treatment centre will open to coincide with the liquor store in Iqaluit.

In part, that’s because problems with addictions intersect with other issues such as homelessness, mental health and crime, the mayor said.

“The spectrum of needs in Nunavut is vast, but having an addiction treatment centre, where you actually have a place to sleep and get treated in the territory, makes a lot of sense.”