Beneath the Surface: a look at early mining in Rankin Inlet 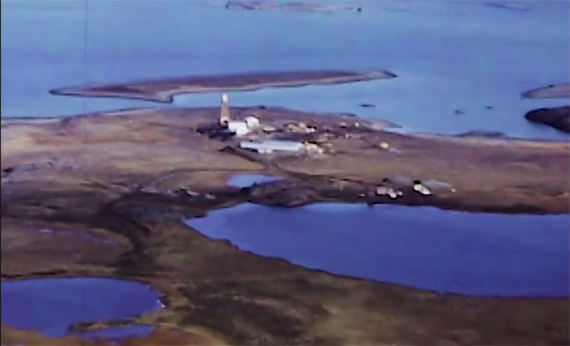 An aerial view of the Rankin Inlet nickel mine site, from the Kenneth Weymouth Fonds of the Nunavut Archives Programme, Government of Nunavut. 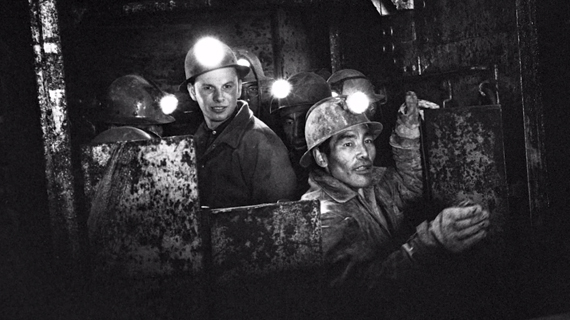 A view from the underground mine at Rankin Inlet in this undated photo. The nickel mine operated from 1957-1962, drawing many Inuit from around the region to settle in the community. (PHOTO COURTESY OF LAC/KRYN TACONIS)

It was the mid-1950s. Elizabeth Alareak had only just married her husband Edward Alareak when he was “summoned” to come and work at the Rankin Inlet nickel mine, among the first mines to operate in the Canadian Arctic, from 1957 to 1962.

“We didn’t understand what a mine was,” she recalled, laughing. “We simply agreed.”

The Arviat elder, whose husband has now passed away, is one of the many voices featured in a new film documenting life at the mine and its impact on the region, called Beneath the Surface: Inuit miners at Rankin Inlet 1957-1962.

The film premiered Oct. 9 at the Inuit Studies Conference in St. John’s, Nfld.

In the 1950s, the fox pelt market upon which so many Inuit relied for material goods had dropped so low that those who had made their living trapping could no longer survive that way.

In parts of the region west of Hudson Bay, some Inuit camps faced starvation, and the RCMP were settling those groups closer to Rankin Inlet to take advantage of mining job opportunities.

The Alareaks moved to the mine site just north of what is now Nunavut’s second-largest community with their only possessions—a canvas tent and a cup.

Although the average biweekly pay for Canadian metal miners in 1958 was about $167, Inuit miners such as Edward Alareak were making $100 every two weeks.

“So the payment of a mere $100 would seem like so much money for us then,” Alareak said in Inuktitut. “It turned out to be such a tiny amount. He would work all night.”

Alareak said her husband never saw a raise in the seven years he worked for the mine and the family never received a pension afterwards.

Beneath the Surface was researched, produced and written by University of British Columbia professor and documentary filmmaker Frank Tester whose research explores the impact of mining projects new and old in what is now Nunavut.

“[These Inuit had] gone from what is the oldest social, cultural and economic organization on the planet—a hunting and gathering society—to a modern, industrial one in a matter of a few weeks,” Tester comments in the film.

“This has to be one of the most rapid rates of change for any group in all of recorded history.”

Tester’s work is important, if only because it captures interviews with former miners and family members who won’t be around forever to tell their story.

Former miner Ollie Ittinuar, interviewed in the film, has already passed away, for example—before he had a chance to see the finished production.

Ittinuar described how there was nothing in Rankin Inlet when he arrived there in the 1950s; the community wasn’t even known by its modern Inuktitut name of Kangiqliniq—it was referred to as Iqalugugaaruk.

“We never really thought anything of Rankin Inlet becoming a huge community full of white people,” he said in Inuktitut.

Former employees interviewed in the film describe the work: building the 512-square-foot homes that made up the Eskimo Village, where the Inuit mining families lived, or building homes for southern teachers and social workers to move into.

Working at the actual mine site included cooking, laundry, heavy equipment operation or underground mining, where miners would break rock with hammers and load the ore onto belts for crushing.

Many of the miners said they enjoyed the experience of working at the nickel mine, although they said they had to adapt to their quickly modernized lifestyle and the “strange behaviours” of the Qallunaat they now lived and worked among.

But some of the impacts were grim, Tester notes.

During the time the mine operated, infant mortality in the region hit 40 per cent. Some Inuit struggled with addiction to newly-introduced alcohol and families had less access to the land and country food that nourished them before.

After the mine’s closure in 1962, many Inuit families became dependent on government welfare as a result.

Years later, in 1970, David Aglukaq, then-president of the Keewatin Inuit Association, reflected on the mining industry in an interview filmed by Peter Ittinuar, featured in the film.

“Even if Inuit are summoned to come and work at a mine… Inuit will never again simply agree entirely to their wishes anymore,” Aglukaq said.

“Now they will ask questions first.”

Rankin Inlet’s first mine offers many lessons to Inuit communities as they navigate the industry today, Tester said; current-day projects pose many of the same risks.

“Of course, mining companies now have to go through a much more thorough process,” he said. “But Inuit are caught in a terrible dilemma—it’s called employment.”

Tester plans to screen Beneath the Surface in both Rankin Inlet and Arviat this winter and he hopes to make the film available through IsumaTV in early 2017.