Bennett to Nunavut board on Mary River land use exemption: you decide 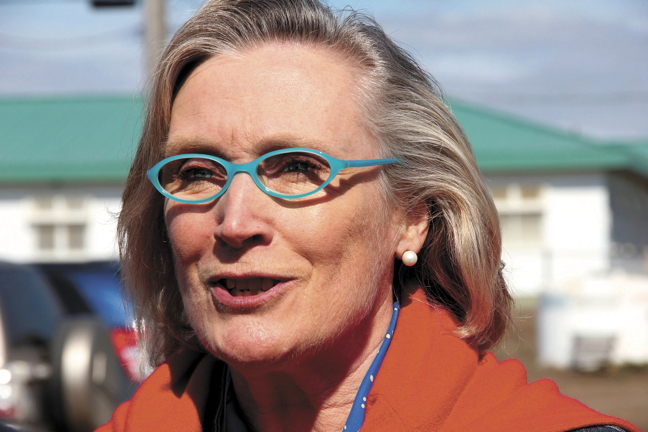 Indigenous and Northern Affairs Minister Carolyn Bennett, responding to a question from the Nunavut Impact Review Board on Baffinland’s Mary River iron mine, has told the board to make its own decision. (FILE PHOTO)

After waiting more than six months, the Nunavut Impact Review Board has received an answer from the federal government on whether Baffinland Iron Mines Corp.’s Phase 2 expansion proposal for Mary River should go back to the Nunavut Planning Commission.

And the answer is simple: you decide.

Carolyn Bennett, the minister of Indigenous and Northern Affairs, communicated this to the review board in a Sept. 28 letter that the NIRB has just made public.

The question arose this past February, when Baffinland proposed the possible construction of a 100-kilometre railway from its Mary River mine to Milne Inlet as part of its Phase 2 expansion proposal, first submitted to regulators in November 2014.

That’s because NIRB staff couldn’t determine if the railway is covered by an exemption to the North Baffin Regional Land Use Plan that Bennett’s predecessor, Bernard Valcourt, granted Baffinland in 2015.

Valcourt’s decision broke an earlier regulatory impasse that had prevented Baffinland’s proposal from being assessed by the NIRB.

But when the railway component of the plan emerged in February 2016, the Qikiqtani Inuit Association said that’s a “significant modification” that may require another land use conformity decision by the Nunavut Planning Commission.

NIRB staff responded by saying they can’t assess whether the railway plan requires that the NPC take a second look and they asked Bennett for clarification.

But Bennett said in her Sept. 28 letter that the NIRB can decide on its own if the Milne Inlet railway is a “significant modification.”

“If the board determines that there is no significant modification to the project, then my predecessor’s exemption would stand,” Bennett said.

That means an expansion of their shipping season from ice-free months only— oughly June to October—to a 10-month period stretching between June and March each year, including the November to March period when ice forms on Eclipse Sound.

Because of the potential impact on sea ice, the NPC ruled the plan did not conform to the North Baffin Regional Land Use Plan—but Valcourt overruled that finding with this July 2015 exemption.