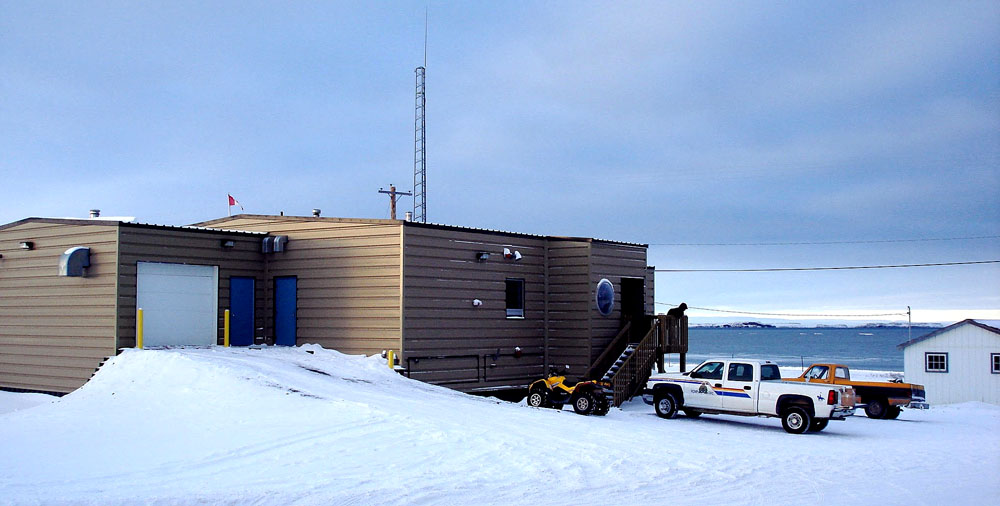 The RCMP detachment building in Kugluktuk. An RCMP member who works out of this building has died in a snowmobile accident near Bloody Falls, about 13 kilometres southwest of the western Nunavut community of about 1,500 people. Police did not give the deceased member’s name, age or rank, or state whether the member is a man or a woman. (PHOTO BY JANE GEORGE)

A Nunavut RCMP member who died last last week in an off-duty snowmobile mishap just outside Kugluktuk, was killed in after he drove his machine over a 30-metre cliff, the Nunavut RCMP “V” Division said April 10.

The incident occurred April 6 in a well-known area called Bloody Falls, in Kugluk Territorial Park, where the Coppermine River flows through a narrow gorge about 13 kilometres southwest of Kugluktuk, the westernmost community in Nunavut, with a population of about 1,500.

The RCMP did not give the deceased member’s name or rank in the initial release.

“We are not releasing the officer’s name as it is an off-duty death,” Sgt. Mark Crowther told Nunatsiaq News April 10.

The officer, originally from British Columbia, had lived in Kugluktuk for about a year and a half.

He was later identified in media reports as Graham Thomas Holmes of Shawnigan Lake, B.C,

On Monday, members of the community, along with the officer’s mother and fiancée, attended a vigil near the detachment.

A report from an investigation of the incident will be released later, the RCMP said. 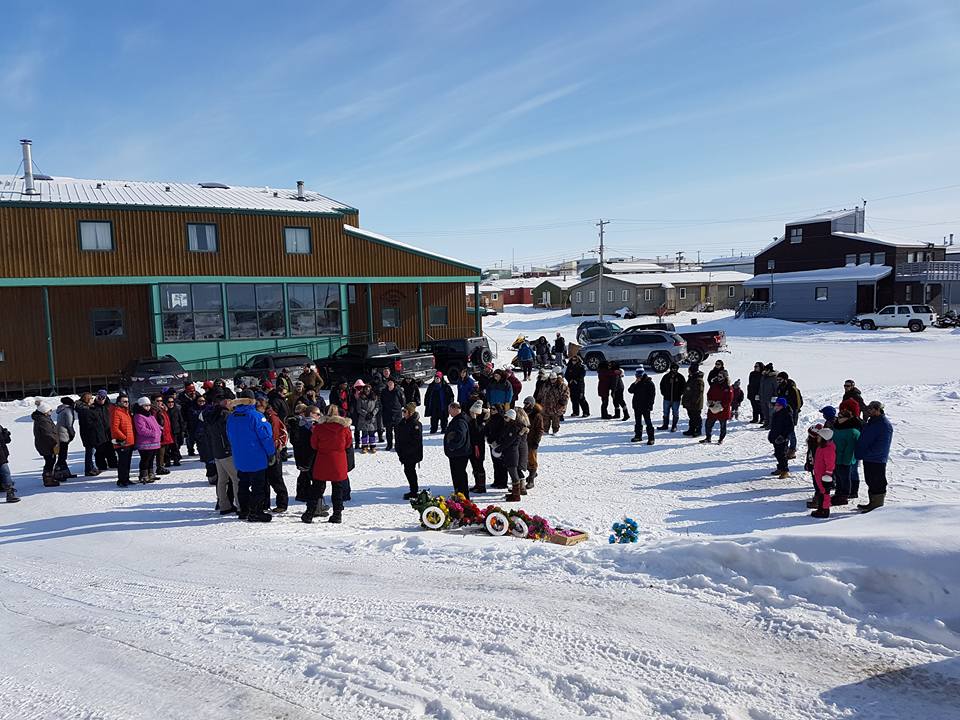 People in Kugluktuk are joined by family members and co-workers of an RCMP officer who died April 7 in an off-duty snowmobile mishap outside the western Nunavut community of Kugluktuk. (PHOTO COURTESY OF THE RCMP)