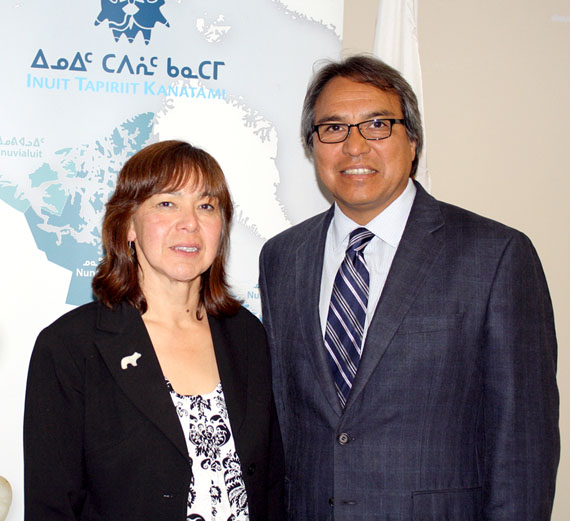 Despite its reputation abroad for promoting human rights, Canada lags in its support for the well-being of Aboriginal populations, says the United Nations’ special rapporteur on the rights of indigenous people.

In a statement concluding his visit, Anaya lauded Canada for its human rights work since the creation of the UN in 1945, as one of the first countries to extend constitutional protection to indigenous peoples’ rights.

“But despite positive steps, daunting challenges remain,” Anaya said. “From all I have learned, I can only conclude that Canada faces a crisis when it comes to the situation of indigenous peoples of the country.”

In the statement, Anaya said he observed a well-being gap between Aboriginal and non-Aboriginal Canadians, unresolved treaty and Aboriginal claims and what appears to be “high levels of distrust” among aboriginal peoples towards federal and provincial governments alike.

To illustrate that, Anaya pointed to some of the common issues he heard from different groups, including high suicide rates, violence and overcrowded housing.

In an Oct. 15 statement, the UN’s special rapporteur made some broad suggestions to the Canadian government on how to improve the quality of life among its Aboriginal peoples:

• extend the mandate of the Truth and Reconciliation Commission for as long as it needs to complete its work;

• call a nation-wide inquiry on missing and murdered Aboriginal women;

• re-initiate discussions around the creation of a First Nations Education Act to ensure Aboriginal communities are properly consulted;

• look to international standards endorsed in the UN Declaration on the Rights of Indigenous People to inform common goals.

Anaya said it will be difficult to improve outcomes without addressing the “substandard housing conditions” experienced by the many groups he met with, which play a major role in the health and social well-being of communities.

An Inuit delegation representing the board of directors of Inuit Tapiriit Kanatami and the Inuit Circumpolar Council Canada chose to highlight the chronic housing shortage seen in many of Canada’s Inuit communities when they met with Anaya earlier in his visit.

“There are many pressing issues we could have brought to the attention of the UN Rapporteur, but housing is an issue that cuts across an incredible array of social policy areas,” said Nunatsiavut president Sarah Leo, who led the Inuit delegation, “from the spread of communicable disease, to physical abuse, to school attendance, to the ability of individuals to participate in the developing economy.”

Anaya’s statement urged the government to “treat the housing situation on First Nations reserves and Inuit communities with the urgency it deserves. It simply cannot be acceptable that these conditions persist in the midst of a country with such great wealth.”

The UN rapporteur’s tour took him through the western and central provinces, leaving the northern territories out.

At an Oct. 15 press conference, Anaya said the nine-day tour was focused there because his predecessor had already visited the North.

But, he said, that should not take away from his overall understanding of Aboriginal issues in Canada.

Anaya said northern groups came to meet with him during his trip, while his office has also received written submissions from regions he did not visit in person.

Anaya will now prepare a more detailed analysis of his visit and recommendations in a report to the UN’s Human Rights Council.