“For centuries, independent Scotland had close diplomatic and trading relations with our regional neighbours” 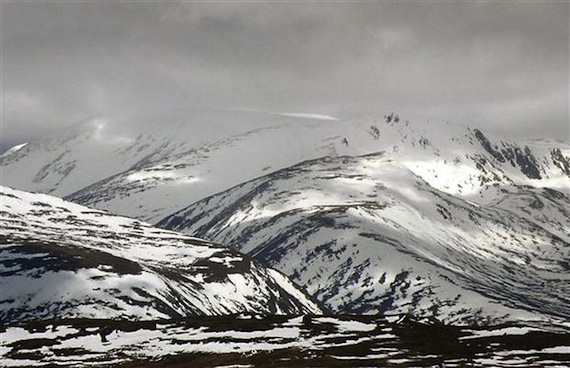 The retreating sea ice and rising economic profile of the circumpolar world have, in recent years, stoked occasional tensions between Canada and fellow Arctic Ocean coastal states Russia and Denmark, underlined a long-running dispute with the U.S. over control of the Northwest Passage and fuelled concerns about China’s growing interest in the region.

Now add Scotland, the United Kingdom’s northernmost realm, to the mix of Canada’s potential competitors — or partners — in the Arctic.

Angus Robertson, a prominent MP in the British Parliament and a leading member of the pro-independence Scottish National Party, has issued a call for Scotland to embrace its long-latent “Nordic” identity and to join with neighbouring Norway and nearby Iceland — as well as Canada and all other Arctic nations — to “properly engage with our wider geographic region.”

Melting ice in “Scotland’s backyard” and the expected opening of northern shipping lanes will bring “significant economic opportunities and geo-strategic challenges which must be tackled,” Robertson wrote this week in a robust appeal — published by The Scotsman newspaper — for a made-in-Edinburgh northern vision.

“For centuries, independent Scotland had close diplomatic and trading relations with our regional neighbours,” Robertson, one of the SNP’s chief strategists for a planned referendum on Scottish independence, argued. “The advent of political union in 1707 diverted domestic attention to the development of the British Empire to the detriment of our links with Scotland’s immediate region.”

Robertson’s push to position Scotland as a player in Arctic geopolitics comes at a time when Canada has resisted greater involvement in polar affairs by the European Union, which lost a bid for Arctic Council “observer” status last year, partly because of its opposition to Canada’s seal hunt.

This wasn’t the first time Robertson has urged greater awareness of Scotland’s presence on the fringes of the global North. Last year, speaking as the SNP’s defence critic, he complained that the looming prospect of new northern shipping routes was “not even on the U.K.’s radar screen,” but that Arctic sea traffic and a more northward military focus “would absolutely be a priority” for an independent Scotland.

In his latest pronouncement on the subject, Robertson argued that British neglect of the North’s potential is damaging Scotland’s future economic prospects at a time when “our neighbours’ multilateral engagement” on Arctic issues “is extremely serious and they are working closely together.”

Citing opportunities such as oil-and-gas development, mineral extraction, shipping and the emergence of new fisheries, Robertson said SNP leaders are “thinking about the challenges as we approach the independence referendum” and predicted “the massive changes impacting on the High North and Arctic will become a significant feature of the years and decades ahead” in Scottish politics.

Robertson’s plea echoes the message track in recent years from Canada’s Conservative government, which has woven a “use-it-or-lose-it” narrative around the issue of Arctic sovereignty and promoted the North as a treasure trove of resources key to the country’s economic future.

Both Robertson and Scottish First Minister Alex Salmond, who leads the pro-independence SNP majority government in Scotland’s legislature, recently have made visits to Norway.

After meetings with officials in Oslo last year, Robertson called on the British government to bolster its commitment to RAF Lossiemouth, a military base in his constituency on Scotland’s northern coast.

“If there is a genuine interest in co-operation with Nordic neighbours, it surely makes sense to maintain RAF Lossiemouth as a northerly home for the Joint Combat Aircraft — allowing easy and cost-effective transit to and from Norway and a capability commitment able to address the challenges facing the Arctic and the High North,” Robertson said at the time.

Norway is located 300 kilometres east of Scotland’s northernmost land mass, the Shetland Islands, most of which lie north of 60 degrees — closer than Oslo to the North Pole and at about the same latitude as Whitehorse and Helsinki.

Robertson’s Moray constituency in the northeast corner of Scotland is described on his website as stretching “from the cliffs, harbours and beaches of the Moray Firth to the Arctic tundra of the high Cairngorms,” a barren, snow-clad mountain chain reminiscent of Northern Canada.

Northern Scotland even can lay claim to a notable cameo scene in the most famous exploration saga in Arctic history. Lady Jane Franklin, in a bid to get as close as possible to her vanished husband Sir John Franklin — lost in the 1840s during a doomed naval expedition to polar Canada — is believed to have poignantly set foot on the famous “Out Stack” rock, Britain’s northernmost point of land lying off the Shetlands island of Unst.

And it was Canada’s most famous son of Scotland, the Glasgow-born Sir John A. Macdonald, who was prime minister in the 1880s when Canada formally acquired title over its present-day Arctic territories from the British government.